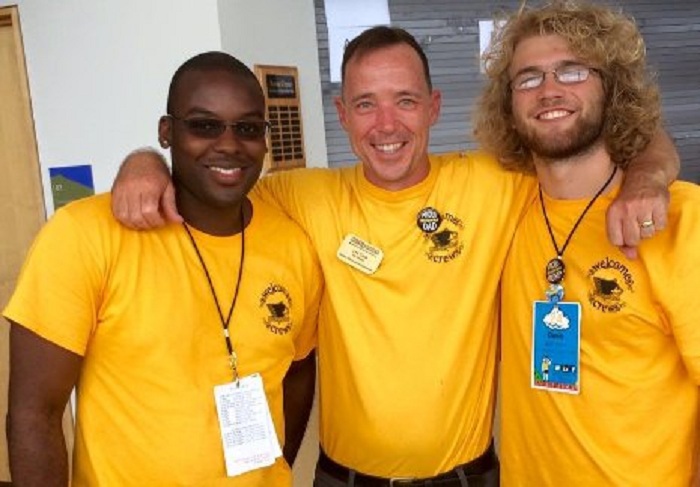 HOUGHTON — Les Cook, vice president for student affairs and advancement at Michigan Technological University, has been named one of the NASPA Foundation’s 2016 “Pillars of the Profession.”

“I am honored and very humbled to receive this recognition,” Cook said. “I have been incredibly fortunate to have great colleagues, mentors and students that have helped me throughout my career. I’m a better person and professional because of these individuals.”

It’s all about the students, Cook says, and the students seem to know it. For example, “Thank you for believing in me, for bettering not only my collegiate experience, but every student’s you have come in contact with,” said Cameron Stark.

His colleagues think highly of him too.

“Les is an effective and respected vice president at Michigan Tech,” said Shannon Ellis, vice president for student services at the University of Nevada, Reno, in her nomination of Cook for the award. “I have visited his campus to witness his commitment and influence firsthand. His obsession with assessment and improvement has become a hallmark of his legacy at Michigan Tech and in our profession.”

Michigan Tech President Glenn Mroz also nominated Cook. He recalls that when he accepted the presidency of the University in 2004, enrollment had dropped, as had student morale. “ Students viewed student services as part paternal, part principal’s office,” Mroz said.

“In the decade since Les took the helm of Student Affairs, enrollment has reclaimed what it had lost. The academic caliber of the undergraduate student body has never been as high. First to second-year retention has increased.

“But what may be more remarkable are the intangible qualities that enrich the campus climate,” Mroz went on to say. “More than 86 percent of our students say that they have a strong or very strong sense of belonging. The change in energy on campus is palpable. Pride and affinity amongst the students have never been higher.

Cook came to Tech in in 2003. He has been active in NASPA regionally and nationally, serving as regional vice president, conference chair, New Professionals Institute faculty, major speakers chair, state coordinator and program chair. He currently serves on the NASPA Foundation Board of Trustees and as speakers co-chair for the Region IV-East/IV-West Joint Conference to be held in St. Louis in 2016.

“The opportunities I’ve had at Michigan Tech and in professional associations have been amazing,” said Cook. “I’m grateful to my colleagues and our team for the things we’ve accomplished.”