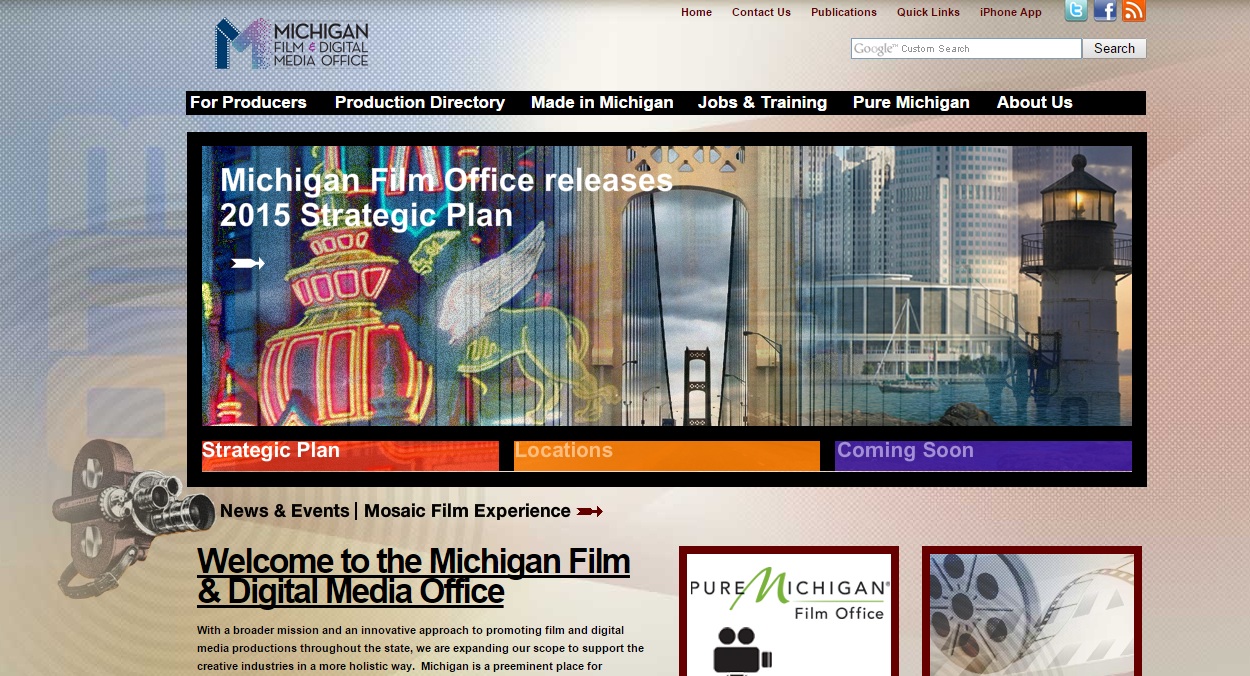 “This program is a valuable tool to help students begin a formal education in computer science,” said Jenell Leonard, commissioner of the Michigan Film & Digital Media Office. “We hope to encourage more interest and greater awareness among students so they realize nearly all professions – from farming to manufacturing to engineering to filmmaking – can include some aspect of computer science.”

While Google provides the curriculum — available through a website to classrooms — to schools around the United States, the introduction of CS First in Michigan marks the first time a state agency has been the primary coordinator of the program.

“We want to make sure all schools have equal access to computer science materials and knowledge,” Leonard said. “Regardless of location or test scores, we need to empower today’s students with the resources needed to succeed in a high-tech world where critical thinking and creativity are premiums.”

“We know that exposure to computer science can lead to some of the most rewarding jobs in the world, and we have a responsibility to inspire the next generation of tech innovators,” said Rob Biederman, Google’s Head of Midwest Public Affairs. “Kids from all neighborhoods and all backgrounds should be encouraged to be creators — not just consumers — of technology.”

Currently, there are 15,000 job openings in the computer sciences in Michigan. Job growth in the state in that field is increasing at three-and-a-half times the average compared to other industries. By 2020, the U.S. Bureau of Labor Statistics predicts there will be 1 million more computer science jobs than graduating students who qualify for the jobs. Average annual earnings is nearly $89,000 for jobs in digital-media related industries.

A top priority for CS First, said Biederman, is providing a “sense of belonging in technology” for under-represented students. He noted only 10 percent of K-12 schools in U.S. offers computer science classes.

CS First is an on-line curriculum provided at no cost. Students work on the activities and assignments from a laptop, either provided by the school or the student. No additional software is required. Schools must have Wi-Fi.

“CS First builds a community of volunteers and mentors while providing opportunities for students to learn the many applications of computer science,” Leonard said . “Partnering with Google is a cost-effective and innovative way for schools to introduce digital design and encourage creativity for middle-school students.”

The partnership with Google is the initial foray into building public-private partnerships for the Michigan Film & Digital Media Office, which no longer provides incentives to filmmakers. In addition to working with innovative private-sector companies like Google, the film office strategic plan calls for educational alliances to go along with a coordinated promotional campaign to elevate awareness of film and digital media production resources in Michigan.

In September, the office sponsored the Digital Summit Detroit, which showcased a diverse range of professionals working in digital media.

Subsequent to the January rollout of CS First across the state, participation and success will be measured based on each school submitting reports on number of enrollees, volunteers along with an assessment of the proficiency of students’ work in the eight themed areas.