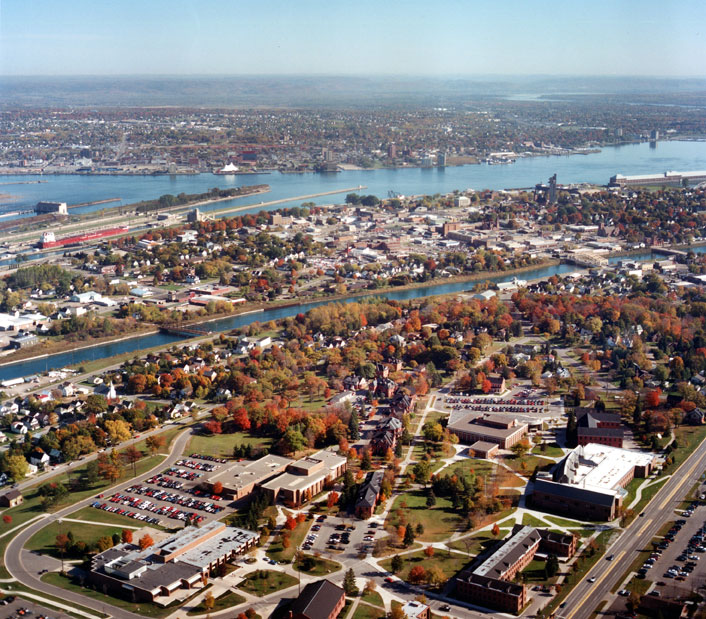 The stop at Sault Ste. Marie came enroute to Wednesday’s Tech Tour stop at Michigan Technological University, which will be highlighted by the launch of Michigan Tech’s ESD student chapter.

LSSU’s major recent innovation is the “one rate” concept — becoming the first public university in the nation to eliminate out-of-state tuition in a bid to attract out-of-state and international students.

“Over the past several years, too often we’ve heard about the ‘brain drain’ from the state as the economy soured,” said LSSU President Tom Pleger. “This is a ‘brain gain’ initiative to rebuild Michigan and the upper Great Lakes. It will have an impact on both the local and state economy and beyond.”

Pleger cited a recent economic impact analysis by LSSU finance professor Robert Boston and business alumna Katie Weckesser of East Lansing, who found that each student who attends LSSU brings in $45,000 worth of economic activity to the region, and is responsible for nearly 10 percent of all of the jobs in Chippewa County for a total annual economic impact of $113 million. The effect extends beyond the Eastern Upper Peninsula, as most LSSU graduates stay in Michigan to live and work. (Study available here.) http://www.lssu.edu/president/pdf/LSSUEconomicImpactAnalysis.pdf