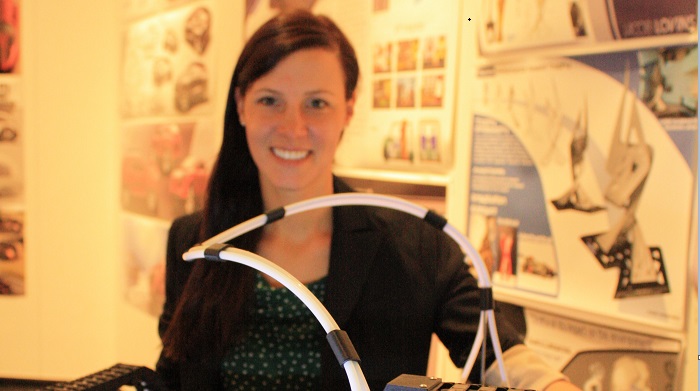 The 1999 graduate of Wayne Memorial High School is a co-founder of a company currently based in Houston, Texas, re:3D Inc., that has developed a huge 3D printer capable of producing objects up to two feet across.

Forget about 3D printing’s future in making everyone’s plastic household doodads like spatulas and toothbrush holders. Snabes and her Gigabot are capable of making huge machine parts, wind generator components, large automotive parts — the only limit is the imagination.

Snabes and a re:3D sales consultant, Todd M. Ronan, were in Southfield Monday and Tuesday demonstrating the Gigabot at Lawrence Technological University.

Snabes and re:3D are in Detroit to compete for the $75,000 startup competition being staged by the Detroit Homecoming event this weekend. If they win, Snabes said, the company will move its research and development operations to Detroit.

Re:3D was founded in 2013 by a group of NASA scientists who have “the idea of saving the world with 3D printing,” Snabes said. Any plastic filament that melts at less than 450 degrees Celsius (about 840 degrees Fahrenheit) can be used by the Gigabot. The hope is that with the proceeds of winning Homecoming, Gigabot could be modified to accept plastic that is frequently thrown away. (One of the company’s goals is to reduce the 80 percent of plastic that currently is not recycled. And which is helping to cause that giant plastic soup region in the Pacific Ocean, among many other problems.)

Early in her career, Snabes worked for the Michigan biotech startup Aastrom Biosciences, where she co-founded a spinout, Bio Flow Technology, which developed a patented tissue culture device with the assistance of the Defense Advanced Research Projects Agency, or DARPA. She left Bio Flow to join NASA, where she met her partners.

The company got its start, believe it or not, in Chile, where the government gives away $40,000 to start a company in Latin America in a competition called Startup Chile.

So Snabes and Fiedler quit their jobs at NASA and moved to Chile — where they built the first Gigabot in a matter of months, and then demonstrated the prototype at the South by Southwest arts and culture festival in Austin, Texas. A cover story on the tech news website TechCrunch and a Kickstarter online fundraising campaign followed, which raised $250,000 — and got the fledgling company some high-powered advisers, like Tom Chi, one of the creators of Google Glass, and Pascal Finette of Mozilla and Singularity University.

Since then, re:3D has raised $2 million the old-fashioned way — not from venture capital, but from actually selling product. “We’re totally bootstrapped,” Snabes says with obvious pride. More than 300 Gigabot machines are now at work in 40 countries. Included are two at Michigan Technological University, where professor Joshua Pearce is renowned expert in 3D printing, and one at Steelcase, the Grand Rapids-based office furniture giant. LTU is also buying several of the machines, which sell for $6,000 as a kit or $9,000 assembled. The company has seven full-timers among 20 staff and is growing.

Snabes said the idea behind the Gigabot is to let people around the world solve their own problems. She said that in her travels, she’s seen well-intentioned efforts of the developed world to solve problems in the developing world fail miserably, because the products involved are designed by developed-world people — who just don’t think as the people in the developing world do.

“We think about what might happen if people could make their own technology,” she said. “And 80 percent of plastic is unreclaimed. What would happen if you took that waste and made something people could use?”

Only one thing might prevent Snabes, who is also an Air Force reservist, from making it big as a re:3D executive.

That’s if NASA finally decides to make her an astronaut. She’s applied twice, and framed one of the rejection letters. She says she’ll keep trying.

More about Gigabot at www.re3d.org. 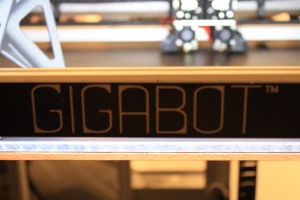 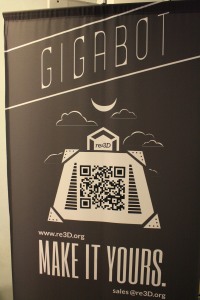 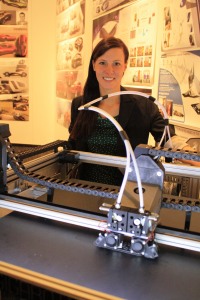