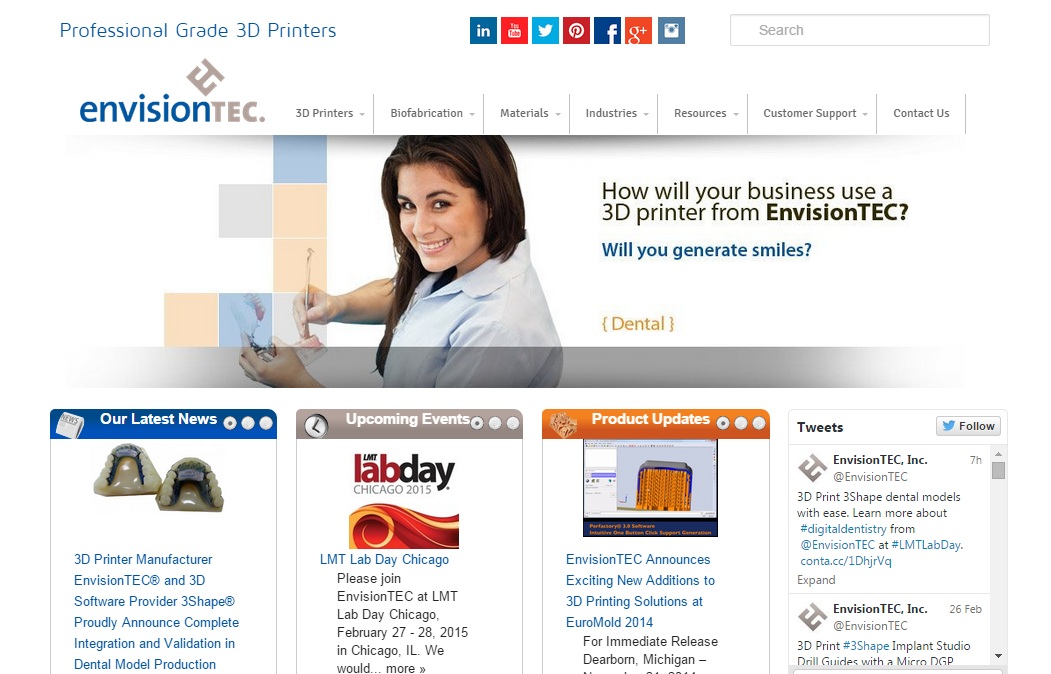 EnvisionTec says the partnership will allow both companies to advance their technologies and develop new applications.

More about Somos at www.dsm.com/somos.

EnvisionTec filed its first 3D printing patent submission in 1999. Since then, it has developed and released 3D printers, print materials and replacement parts, as well as training and other services. EnvisionTec works in the jewelry, hearing aid, dental, consumer, auto manufacturing and design industries. More at www.envisiontec.com.