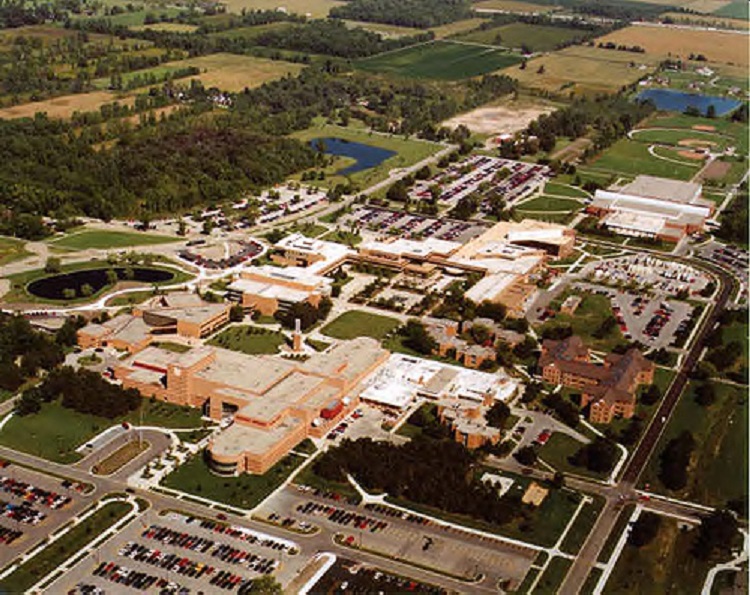 The campaign resulted in a $5 million gift from the Herbert H. and Grace A. Dow Foundation to create the Herbert H. and Grace A. Dow STEM Scholars Network. It provides funding to support SVSU student and faculty research, as well as outreach efforts to improve STEM (science, technology, engineering, math) learning among K-12 schools in the Great Lakes Bay Region. The gift is the largest single donation in SVSU history.

“We are deeply grateful to our generous donors, who are committed to providing more scholarships for students, supporting our faculty, and advancing the Great Lakes Bay Region, which has been so supportive of SVSU throughout our history,” said SVSU President Donald Bachand.

At a celebration event with donors Wednesday, Sept. 16, Bachand reiterated the importance of “every gift counts” to demonstrate the impact of all gifts.

The campaign raised more than $8 million for STEM-related initiatives, as SVSU also received a total of $2.7 million from The Dow Chemical Company Foundation to establish the Dow Science and Sustainability Education Center. The center works to enhance STEM education at SVSU and regional K-12 schools.

An estimated 11,000 K-12 students returned to Great Lakes Bay Region classrooms this year to be taught by teachers who participated in STEM professional development experiences offered at SVSU this summer. In addition, SVSU students and faculty are engaged in a number of STEM-based research projects supported through endowments established during this campaign.

Creating additional scholarships was a key campaign priority, as state support for Michigan’s public universities has declined over the years, placing a greater financial burden on students and their families. SVSU benefactors responded by creating more than 200 new scholarships for SVSU students to help defray the cost of their education.

“It was incredibly rewarding to see how donors responded to the call to increase funding for private scholarships,” said Jenee Velasquez, one of the campaign chairs, vice chair of SVSU’s Board of Control, and executive director of the Herbert H. and Grace A. Dow Foundation. “While SVSU has an outstanding track record of maintaining affordability, we know that paying for college can be difficult for students and their families. Scholarship support sometimes can make all the difference in allowing a student to complete a degree and become a more productive member of society.”

The campaign also attracted unprecedented levels of alumni giving. More than 2,000 SVSU alumni contributed to the campaign, including two who share the honor of the largest single alumni gifts received. Jan Botz, a 1974 graduate, made a $1 million commitment to establish the Botz Liberal Arts Fellowship, which pairs students in the liberal arts with corporate partners for internships. Scott Carmona, a 1981 graduate and current chair of SVSU’s Board of Control, pledged $1 million to fund scholarships in business and engineering.

“As the youngest of Michigan’s public universities, many of our graduates are now reaching a stage in their lives and careers where they are in a position to give back to their alma mater, and we greatly appreciate their support,” said Andy Bethune, executive director of the SVSU Foundation. “Alumi giving was strong throughout the campaign, and we finished on a high note thanks to the Carmona Family Challenge.”

Included in the Carmona family gift was a challenge grant, where the family pledged to match all alumni gifts received between May 1 and August 15, and 484 alumni made gifts or pledges totaling more than $300,000 during that period.

The “Talent. Opportunity. Promise” campaign began in 2011. It was chaired by:
• John Decker of Bay City, previously an attorney with Braun Kendrick before being hired as SVSU’s general counsel in 2013
• Brian Law of Bay City, chairman and CEO of Magline
• Herb Spence III of Saginaw, president of Spence Brothers
• Velasquez of Midland, executive director of the Herbert H. and Grace A. Dow Foundation