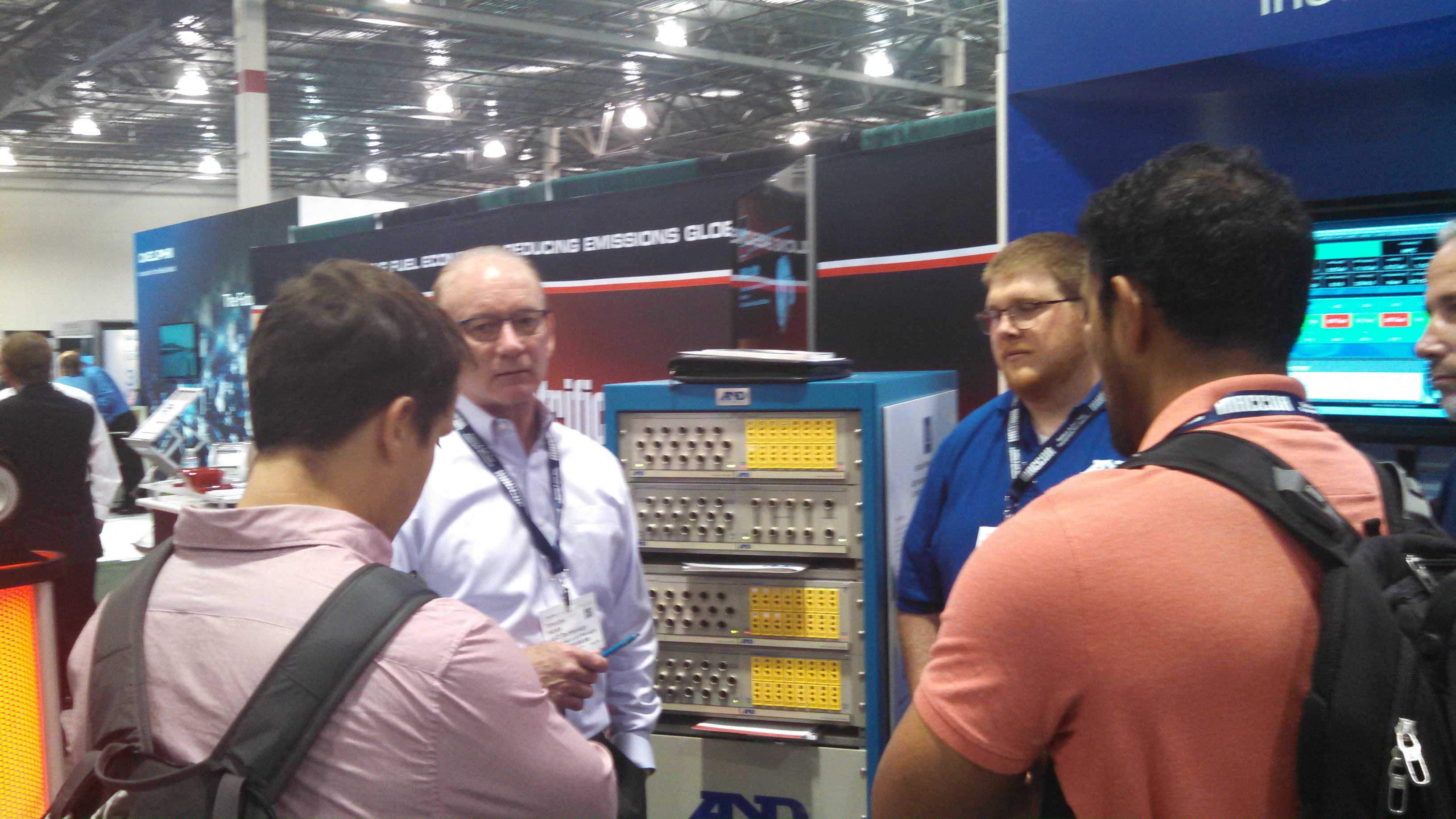 But don’t tell that to the thousands doing business at the Suburban Collection Showplace in Novi this week for The Battery Show.

More than 500 exhibitors packed the floor of the show, which showcased batteries and related technologies used in a wide variety of commercial, industrial and consumer applications. Also included in the total were exhibitors for the Battery Show’s sister exhibitions, the Electric & Hybrid Vehicle Technology Expo and the Critical Power Expo, an event for grid backup systems.

Nearly 60 of the 518 exhibitors had Michigan addresses, indicating the Great Lakes State’s place as a hotbed of battery engineering and technology.

The show didn’t just feature high-tech lithium-ion batteries, either. Clare-based Advanced Battery Concepts was showing off its high-tech twist on one of the oldest battery technologies in the world, lead-acid.

The company has ramped up a demonstration production line capable of making about 1,000 batteries a month, and has grown to 20 employees. But it isn’t really interested in becoming a battery manufacturer. Instead, it’s interested in licensing its technology. More at http://www.advancedbatteryconcepts.com/.

Chelsea-based Paraclete Energy turned to battery technology after its founder, a veteran of the semiconductor industry, got interested in advanced technology for solar panels.

Brian Byars, project manager, said the company’s chemistry is more suited to improving the performance of battery anodes than solar panels. Today the company works with several manufacturers to make better batteries. The company has a bit under 50 employeess, he said. More at www.paracleteenergy.com.

The cosmically named Soulbrain Michigan is actually a subsidiary of a Korean company. According to employee Jessica Seaman, it’s been making electrolyte for advanced batteries in Northville since 2010, and now employs 17 people in a highly automated plant. More at http://soulbrainmi.com/.

The show also featured companies that give you an idea of the wide range of possible battery applications. Harding Energy Inc., based in Norton Shores, near Muskegon, makes about two-thirds of its batteries for health care applications — those carts that nurses push around from room to room. The company has about 50 employees, split between Michgian and a manufacturing center in China. More at http://hardingenergy.com/.