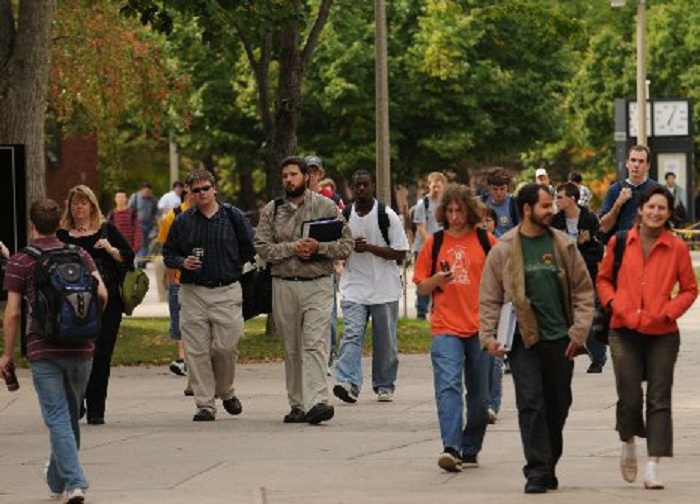 HOUGHTON — Fall 2015 enrollment at Michigan Technological University is 7,238, the highest the school has seen in more than 30 years. Female enrollment is at a record high, with women making up 26.9 percent of the student body. Female enrollment in the College of Engineering rose to 26.7 percent, and the number of women first-year students is at an all-time high.

“We have really focused on making student success our highest priority for the past decade or so,” said Les Cook, vice president for student affairs and advancement. “I think the numbers are a great indicator of progress. They reflect the extent of our full commitment to students.”

Cook credited the record retention rate to the development of the Wahtera Center for Student Success, which provides success skills workshops, mentoring, tutoring and peer counseling, the Jackson Center for Teaching and Learning, the Opie Information Learning Commons and increased scholarship support. All are programs funded by philanthropic gifts, he said.

“This is the largest class of first-time graduate students in Michigan Tech’s history,” said Provost Jackie Huntoon, former dean of the Graduate School. “ We have never enrolled this many new graduate students in one semester. As always, this success is due to the hard work of faculty and staff who are committed to providing the best possible education for all of our students.”

Freshman ACT scores remain among the highest the school has ever seen at 26.7.

Student diversity, including international students, now stands at 23 percent, with domestic diversity at 8.2 percent, up from 7 percent last year.