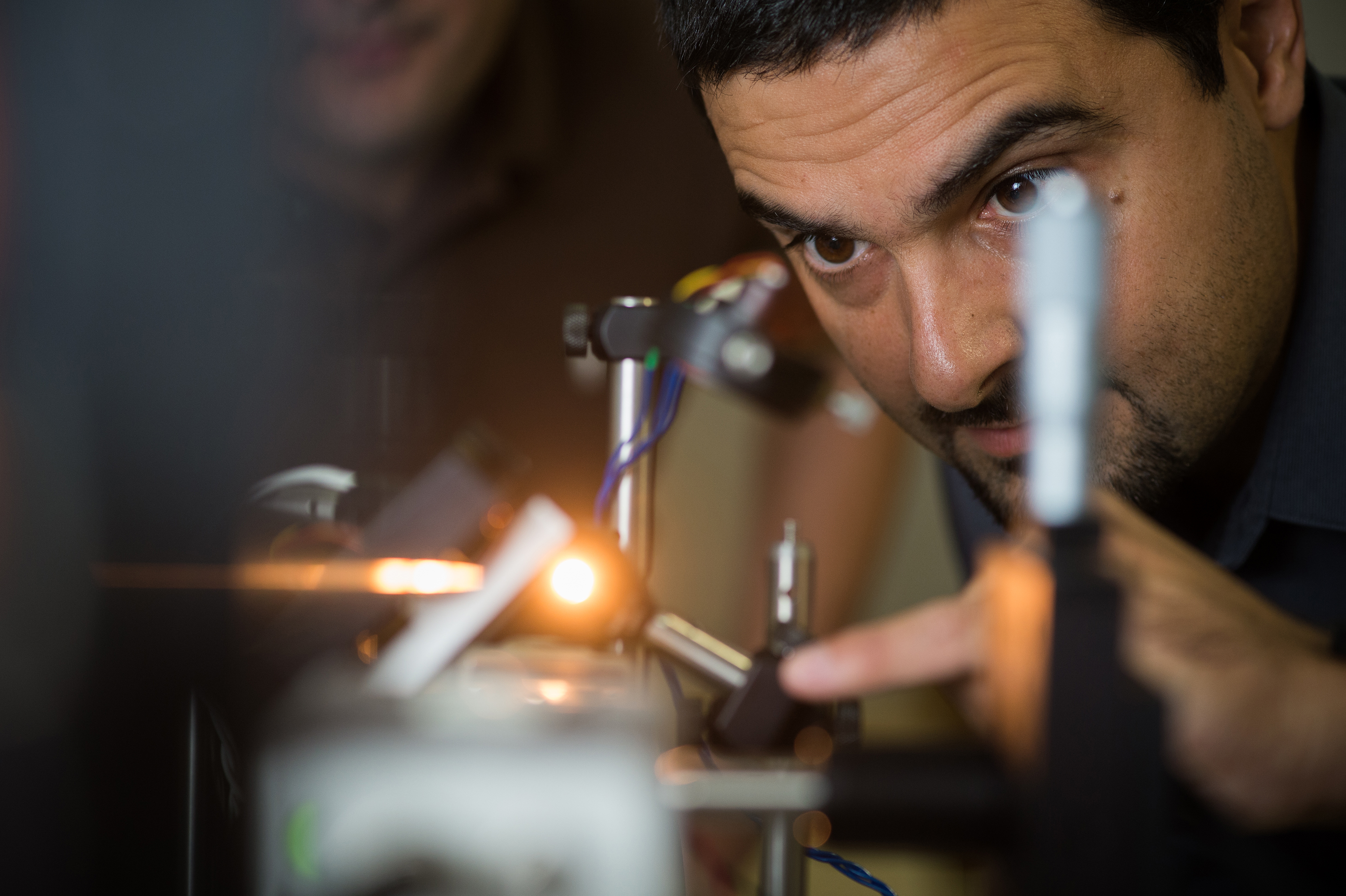 EAST LANSING — A team of researchers, including some from Michigan State University, is making a smart material smarter in order to make a better antenna.

Using a series of grants from the National Science Foundation, the team is manipulating a material known as vanadium dioxide, or VO2, making it useable in a size that is barely visible to the naked eye.

“My research team works on integrating smart materials in small devices and systems,” said Nelson Sepulveda, an MSU associate professor of electrical and computer engineering who is heading up the work. “Think about shrinking a robot and making it fit inside a human hair.”

More recently, the MSU College of Engineering researchers, working with colleagues from the South Dakota School of Mines and Technology, extended the applications of VO2 by integrating the material in antennas, which makes their tuning easier.

The material experiences what’s known as a solid-to-solid phase change, which means it remains a solid (instead of becoming a liquid or gas). In other words, the material is a solid at room temperature, but when you heat it up slightly, it becomes another type of solid with very different properties.

This ability to alter its shape is particularly useful in the communications field. Specifically, it can be used in radio and cell phone antennas, allowing a user to switch bands using the same antenna.

“A good example is the military,” Sepulveda said. “If you’re communicating on one channel and suddenly the enemy jams it, you need to switch because it’s become compromised. Now that is very easy to do. We have just demonstrated that the technology works, and there is much more exciting results coming soon.”

Another practical use for this smarter smart material is in the field of health and medicine.

The advantage of VO2 is it is able to change phases very easily and in a reversible way. Often phase changes in other materials involve extreme temperature changes, and in many cases the phase change is not reversible. Additionally, the material remembers what is happening to it, that is the material has memory.

“That’s the beauty of it,” Sepulveda said. “It’s the only smart material that has a phase change that is relatively close to room temperature.”

Other members of the research team include lead researcher Dimitris Anagnostou and graduate student Tarron Teeslink from the South Dakota School of Mines and Technology, and MSU graduate student David Torres.

The research was detailed earlier this year in the IEEE Antennas and Wireless Propagation Letters.