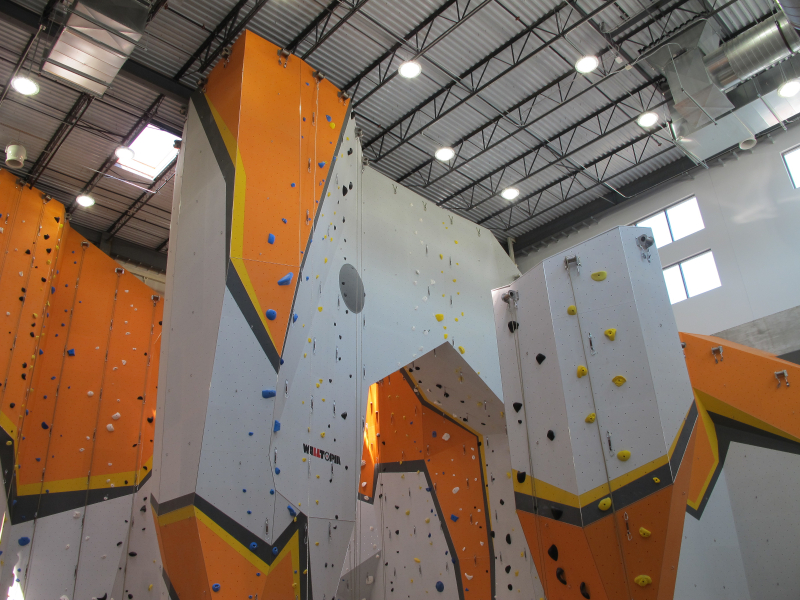 After acquiring a parcel of real estate in Chicago’s Avondale neighborhood, initial design and specification work revealed a challenge with lighting. With a 55 foot mounting height a significant number of light fixtures would be needed to not only to illuminate the facility, but the climbing faces as well.

First Ascent chose LED high bay and flood light fixtures from Madison Heights-based Lumerica to achieve the best balance of performance and efficiency. Lumerica’s LEDs give the climbing gym a bright and vivid feel, both on the ground and on First Ascent’s impressive 60 foot tall climbing walls.

By choosing LED as a light source, First Ascent’s lighting will use approximately 50 to 70 percent less energy than other light sources and will last significantly longer, ultimately resulting in lower operating costs and less energy consumption.