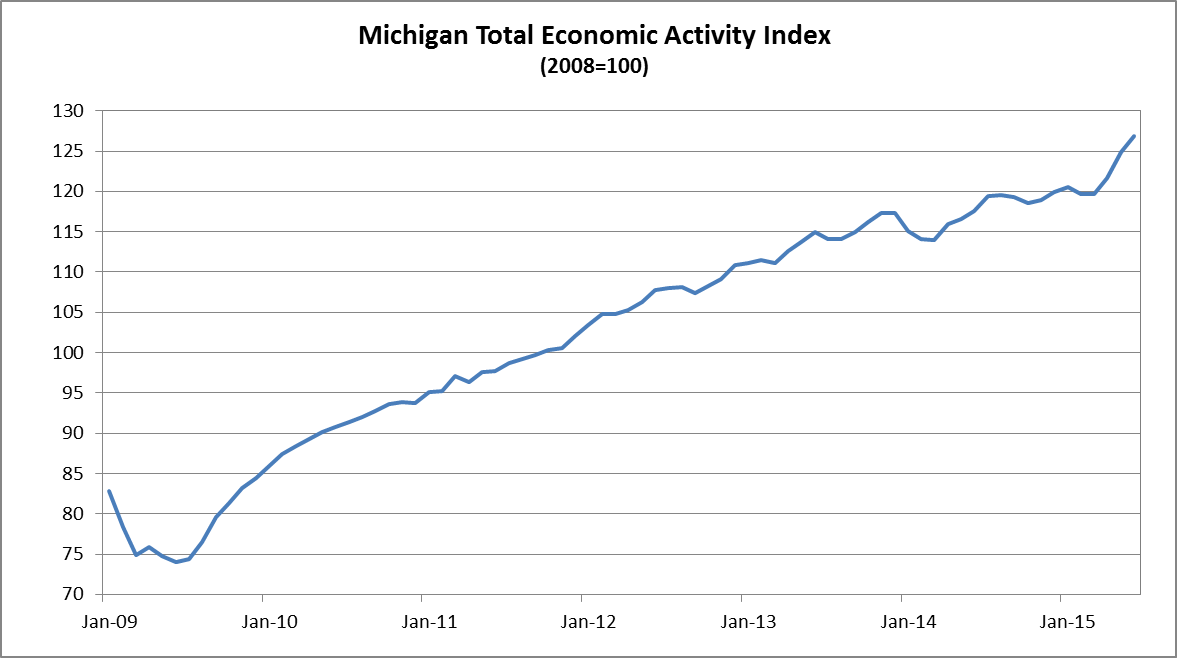 The Michigan Economic Activity Index is made up of eight variables — nonfarm payrolls, exports, hotel occupancy rates, continuing claims for unemployment insurance, housing starts, sales tax revenues, home prices, and auto production. All data are seasonally adjusted, and indexed to the base year of 2008, which equals 100 on the index. Current dollar values are also converted to constant dollar values. Index levels are expressed in terms of three-month moving averages.

“Our Michigan Economic Activity Index for June increased for the third consecutive month, propelled by the state’s resurgent auto industry, which is a key factor in the state’s steady job growth,” said Comerica chief economist Robert Dye. “The uptick in U.S. auto sales through mid-year has boosted auto production in Michigan. Nonmanufacturing job growth has also been an important part of Michigan’s economic revival. Property markets continue to firm up and residential construction activity is increasing. The challenge ahead for Michigan will be to retain momentum in the nonmanufacturing economy, even as auto sales level out and eventually recede from current highs.”

The June reading was 53 points, or 71 percent, above the index’s cyclical low of 74, which was reached at the bottom of the last recession in mid-2009.