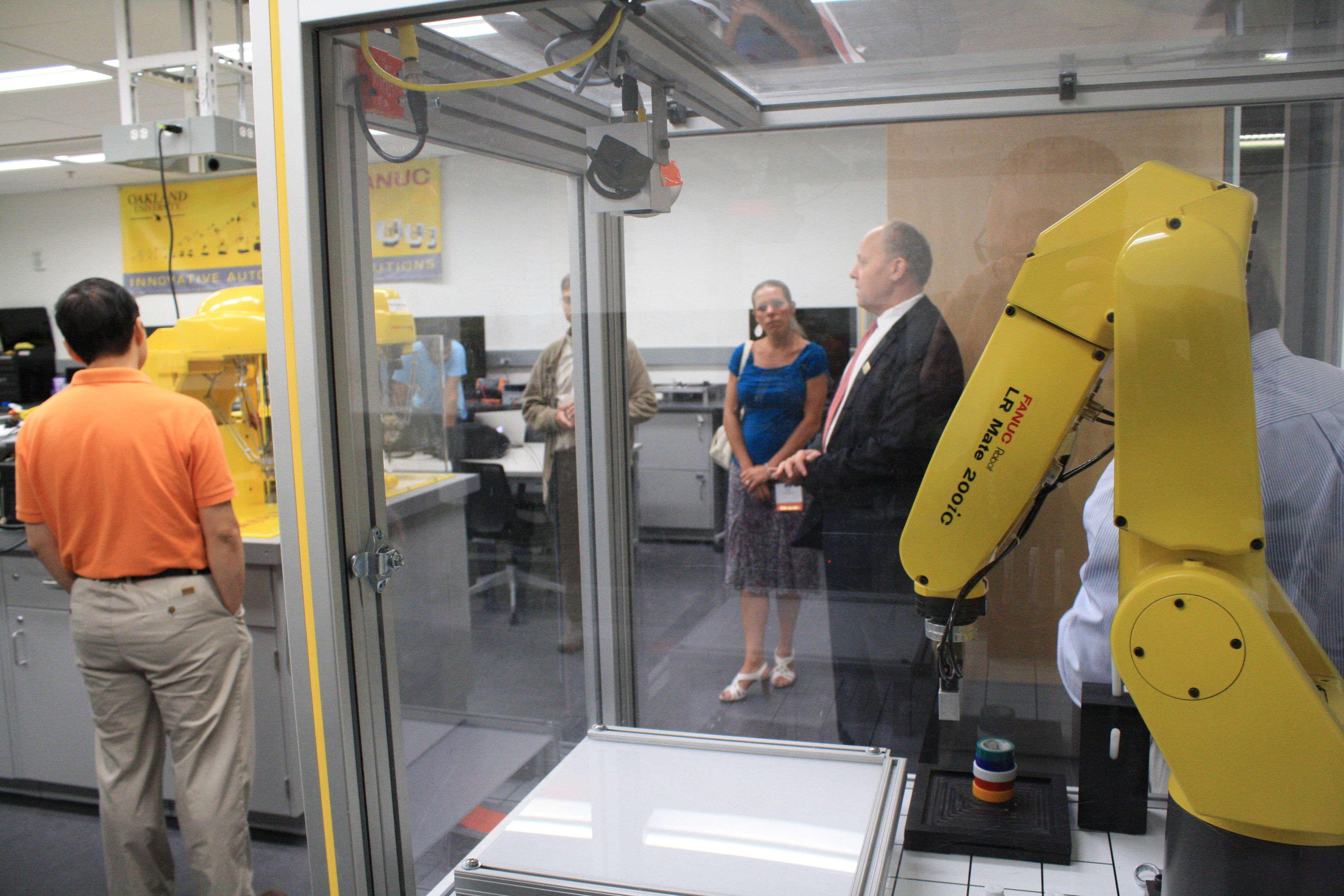 ROCHESTER — Members of The Engineering Society of Detroit got an up close and personal look at southeast Michigan’s newest engineering education showplace Thursday afternoon.

The Oakland University Engineering Center, winner of a 2015 ESD Construction & Design Award, is a spectacular addition to the OU campus — a 128,000-square-foot, five-story living laboratory for the education and enrichment of the next generation of engineers and computer scientists.

The building ties together engineering classrooms, laboratories, faculty offices and meeting spaces that were previously scattered among several buildings.

Walbridge was construction manager on the project, which was designed by SmithGroupJJR.

The design features lots of glass, open space and sweeping vistas (including, on the top floors on a clear day, downtown Detroit, 25 miles away). Louay M. Chamra, dean of the school, called the design “the opposite” of the old engineering building, which he said featured small, closed-off spaces. It also features creatively designed nooks and crannies for study and small group meetings that can be closed off or opened up as the need arises.

Chamra said the university took a year to take design ideas and input from students, faculty, staff and industry before starting the design process.

Oakland University’s engineering and computer science programs have more than doubled in enrollment since 2010 and now approach 2,000 students. And Chamra said at least one part of the new building is already approaching capacity — its 70 faculty offices. New space will have to be found as new faculty is added.