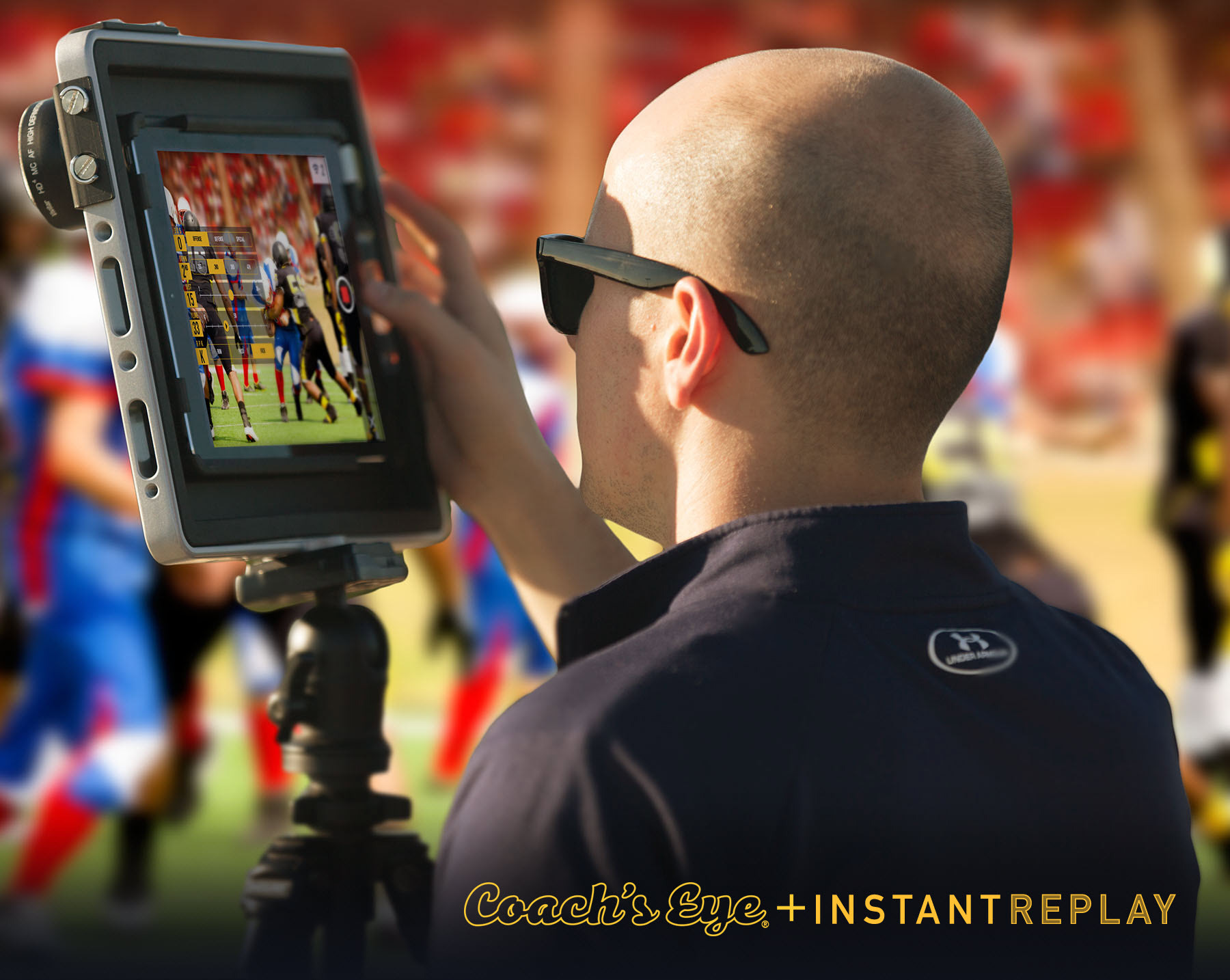 Called InstantReplay, the new feature offers sers the ability to record video on multiple mobile devices, then immediately watch plays on other mobile devices. Filming with InstantReplay also provides sports teams with real-time game film clip creation as film is already cut up when the final play is over.

InstantReplay is a pure mobile, device-to-device, in-game video replay system that works with smartphones and tablets. A dedicated WiFi router can be used to boost the overall range and speed of video transfer without a connection to the Internet. With its tendency filters, InstantReplay can also give teams the ability to diagnose their opponent’s behavior and help them make the right calls to exploit weaknesses. Plus, the new feature has capabilities to review multiple camera angles on a single device immediately after the recordings are done.

“InstantReplay allows my coaching staff to relay critical information to our players in-between plays,” said Randy Micallef, head football coach at Livonia Stevenson High School. “It provides an in-game edge that we never had before.”

Coach’s Eye enables anyone to record video and critique footage in real-time, and quickly share the feedback. Since its launch in 2011, Coach’s Eye has been used to analyze millions of videos across the globe and has been used by everybody from football players to tennis competitors to even Olympians. The app provides an array of features including video analysis, video sharing, side-by-side video comparison, audio voiceover and drawing tools.

A free early access program for InstantReplay will be available through Sept. 30. Following the program, the solution will be available for $500 a year and runs on Apple (iOS) devices, with Android support coming soon. Watch a highlight video at this link to learn more.

More about TechSmith at www.techsmith.com. More about Coach’s Eye at www.coachseye.com.