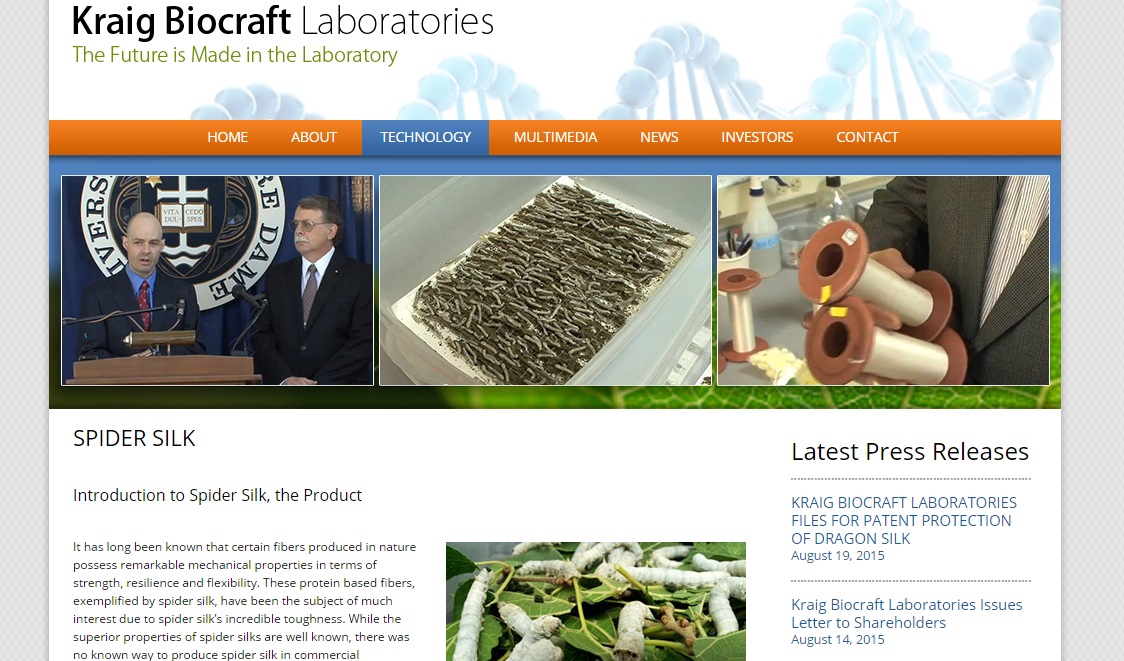 The company said the new patent filings would protect the creation of the Kraig Labs transgenic silkworms and the resulting spider silk. The company currently has open patent applications in 10 countries, including key silk producer and consumer nations.

“From our inception, Kraig Labs has remained dedicated to a spirit of innovation and refused to accept can’t as an answer,” said Kraig founder and CEO Kim Thompson. “This pursuit of the seemingly impossible led to a series of first of its kind inventions, including our recently announced Dragon Silk genetic line. The filling of these two additional patents seeks to protect the creativity and value of that work for Kraig Labs and our shareholders, and goes hand in hand with our commercial market development plans.”

Kraig uses genetic engineering technology to induce domesticated silkworms to produce silk with some of the characteristics of spiderwebs, including high strength.