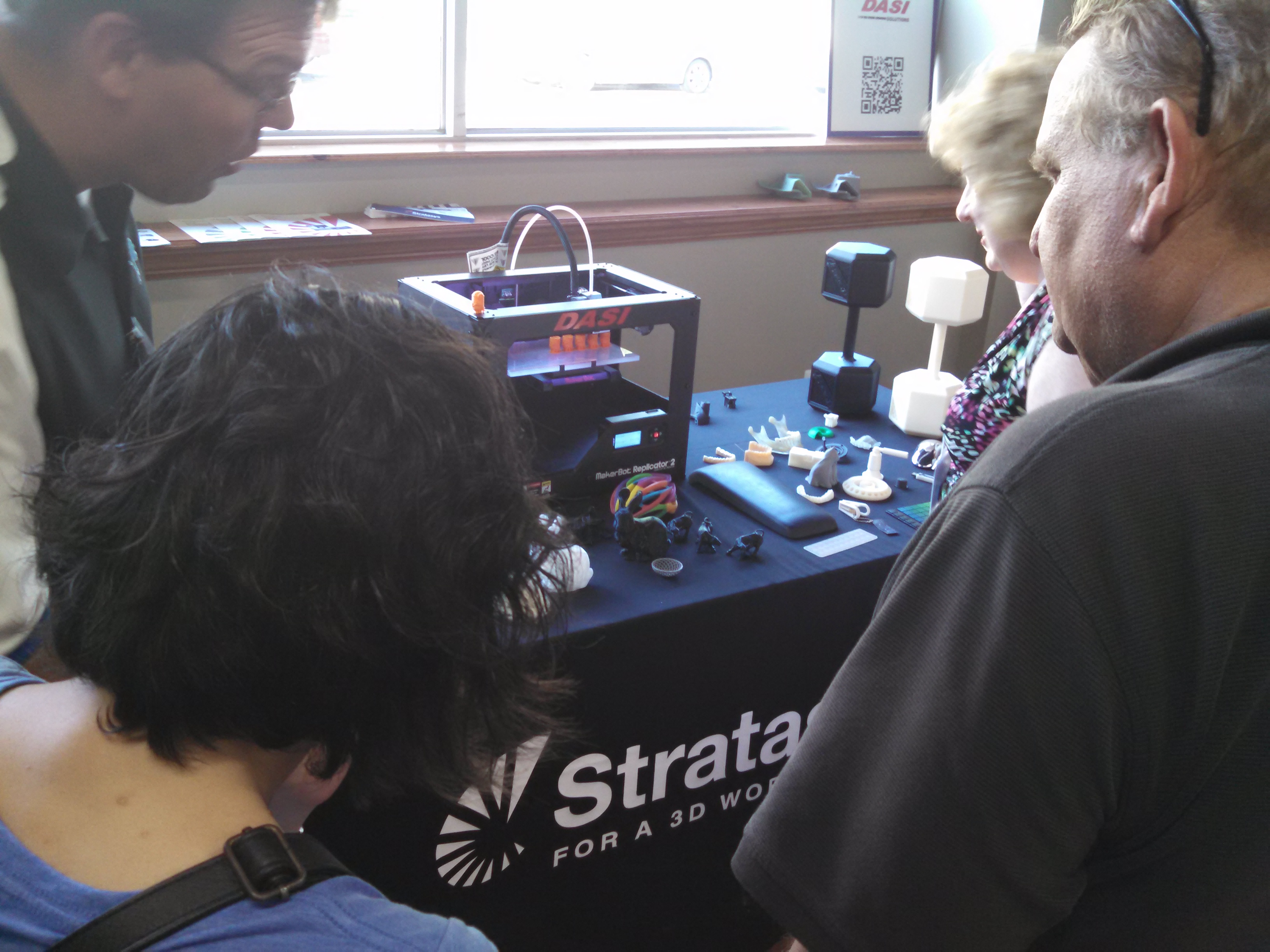 PONTIAC — The future of additive manufacturing was on display Thursday along with a great selection of classic cars as DASI Solutions held a Woodward Dream Cruise open house at its Pontiac headquarters.

Computer-aided engineering software and 3D printers were hard at work at the event, making a wide variety of components, from medical implants to electronics housings.

DASI was joined in the event by the the ASBE Foundation and the Lawrence Technological University Alumni Association for the third annual DASI Dream Cruise Open House. DASI Solutions is celebrating the company’s 20th anniversary. Besides its Pontiac headquarters, the company today has offices in Canton Township, Grandville in West Michigan, and in Mishawaka, Ind.

Since moving the DASI headquarters to downtown Pontiac, co-owner David Darbyshire has taken advantage of their location in the wide track loop of Woodward to help kick off Dream Cruise weekend with a party in the company’s back parking lot.

Also part of the event was a second annual Education Summit to teach K-12 educators  and people in workforce development about software and technology to promote STEM education.

Here are a selection of photos from Thursday’s event.