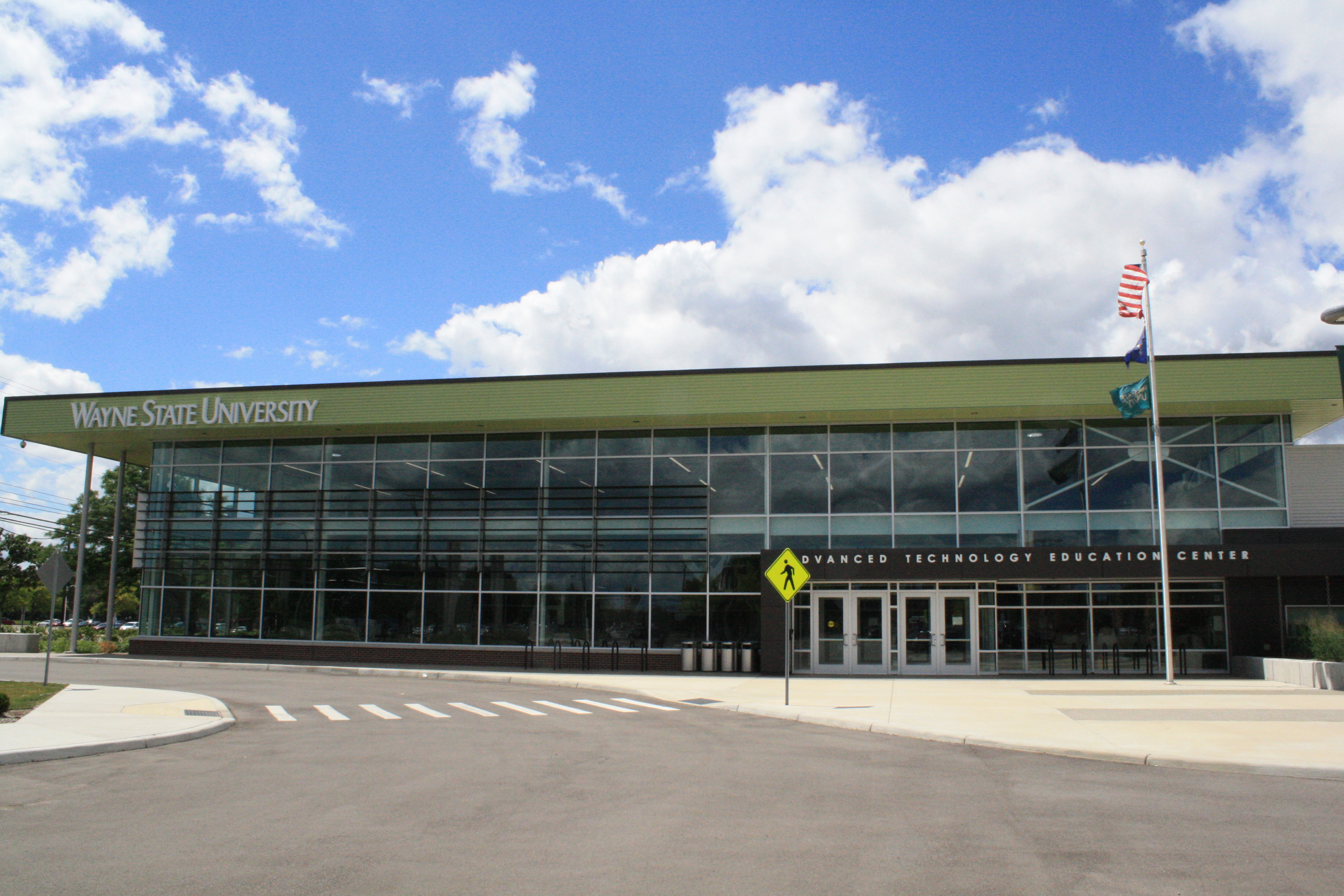 Jason Davis, LEED AP, a senior project manager in facilities
planning and management at Wayne State, told the tour group
that WSU bought the former Farmer Jack grocery store in
2010. A full gutting of the building, he said, found “a lot of
mold and asbestos.” Nevertheless, the project to turn the
40,000-square-foot structure into a stunning showplace for
high-tech education preserved as much of the exterior shell
and roof deck as could be saved.

The project was a winner in this year’s 41st Annual ESD Construction and Design Awards.

Detroit-based Norr LLC was construction manager and engineer on the project, while Lansing-based Christman Co. was the contractor. The building opened for classes in the fall semester of 2014 after a
project Davis described as “very smooth … not a lot of issues.”

The building houses several classrooms, engineering
laboratories, and an advanced energy storage laboratory for
battery and hybrid vehicle testing. Still being finished is a
cybersecurity laboratory. Most classes are offered in the
evenings at the new center, catering to working people.

Davis said the building’s proximity to the General Motors
Technical Center, The U.S. Army’s TACOM vehicle
engineering center and Macomb Community Colleges are all
pluses and have helped attract students.

Chad Menard, senior designer at Norr, said the building’s
grocery store layout and 16-foot ceilings made it easier to
reuse. About a quarter of the building’s roof space was raised
to create a second mezzanine level comprised of study
centers, as well as to make the building more prominent from
12 Mile Road. Also, the floors in most of the building were
raised about four inches to make moving data and power
cables easy. All walls in the building are built on the floor as
well, making them easier to move.

Davis and Menard said the building is also designed with
plenty of “hangout spaces” to give it a campus atmosphere
and encourage students to stick around.

Following is a selection of photos from the event: