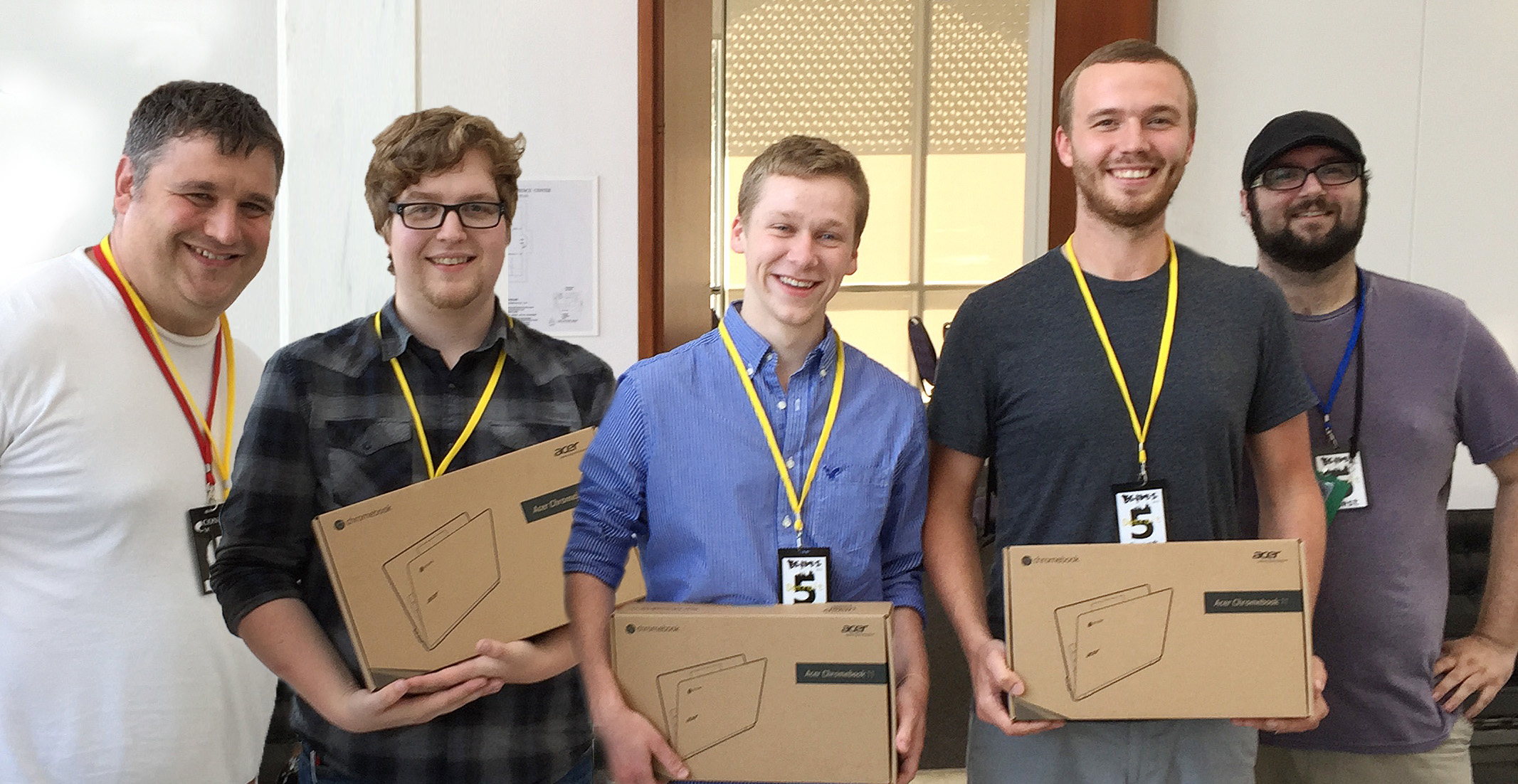 The winning team members are Jackson residents Benjamin Carroll, Benjamin Clark and Jacob Layher. Each was awarded a laptop computer.

The two-day contest was held in affiliation with the back-to-back Detroit Converge and BSides conferences. The conferences presented approximately 60 guest speakers and workshops. Attendees included technicians, developers and other professionals, including C-level executives responsible for information security.

“We are extremely proud of the accomplishments of our Baker College students, especially considering they were competing against seasoned professionals,” said Dr. David Gomez, dean of business and technology programs at Baker College of Jackson. “These conferences are excellent opportunities for students to learn about trends in the fast-paced InfoSec industry and to network with professionals. They also help the students build confidence in their skills and identify the type of jobs in which they have an interest.”

Carroll said the competition was not the traditional cyber defense Capture the Flag contest in which teams compete to capture a file held on a hardened system. Teams defended their systems while searching for any signs of intrusion.

“The emphasis of defensive skills reflects an expertise necessary for jobs within the InfoSec industry,” he said.

The competition was a bracket-style, single-elimination tournament of three-person teams. The winning team of each two-hour round advanced. Each round was increasingly difficult with respect to the variation of servers and workstations in play and the techniques used by the attackers.

“These conferences gave us an invaluable perspective on the current state of information security,” Carroll said. “The speakers were excellent in identifying security concerns and correlating techniques and tools to meet the needs of businesses. We also observed that the InfoSec professionals who work in southeast Michigan are a tight-knit community. Many people attended both conferences, and the high attendance was approximately 200 for the Converge Conference. Our experiences at these conferences will be an advantage to us during employment interviews and will help us hit the ground running in our first jobs.”

Another student representing the Jackson campus, Lucas Gorczyca, of Jackson, attended the conferences, but did not participate in the competition. All four Baker College students are earning bachelor’s degrees in information technology and security — cyber defense.

Accompanying the students were the advisors to the Baker College of Jackson competition cyber defense teams: Gomez, Dr. William Sherwood, and James Suandi.

According to the U.S. Bureau of Labor Statistics, the 2014 median annual wage for information security analysts was $88,890. Employment in this field is projected to grow 37 percent from 2012 to 2022, much faster than the average for all occupations.

For more information about Baker College of Jackson’s computer information systems programs, contact Kevin Pnacek at kevin.pnacek@baker.edu or the admissions office at (517) 788-7800.