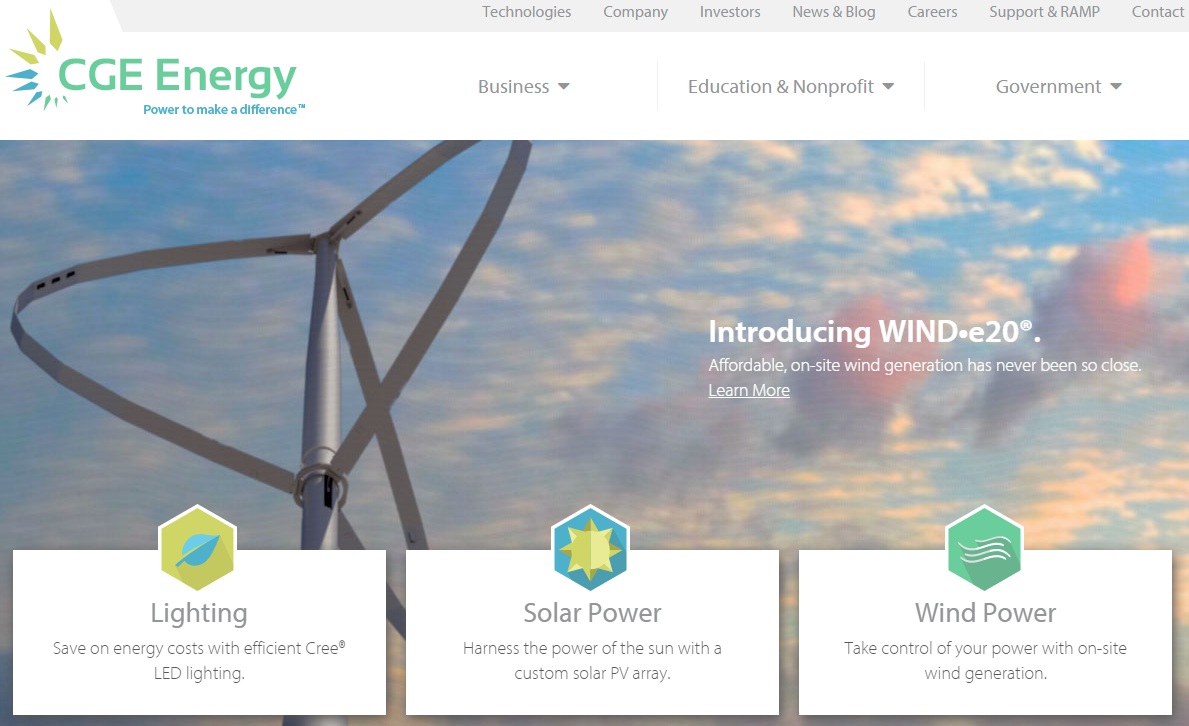 BRIGHTON — CGE Energy (OTC:MKBY), the Brighton-based solar, wind and advanced lighting firm, Thursday announced a power purchase agreement with the YMCA and JCC of Greater Toledo and a new sales office in Chicago.

The first phase of the Toledo installatino is a 511-kilowatt solar photovoltaic array at YMCA’s Storer Camps in Jackson. CGE Energy collaborated its manufacturing partner, Oregon-based SolarWorld, to provide a clean energy system with a lifespan of 25 years. Also part of the Storer Camp project was the installation of naerly 1,000 Cree LED lamps and fixtures.

“This (agreement) enables YMCA Storer Camps to be the world’s first outdoor educational campus to be Net Zero in their energy use,” says Glen King, chief development officer for YMCA of Greater Toledo. “We are attracting the future workforce of inventors and innovators that will be inspired by our world-class STEM total-immersion learning environment.”

Once installation is complete, YMCA will be purchasing clean power produced at their campus for 10 percent less than they are currently paying. The non-profit is already partnering with corporations, utilities and other sources to increase their PPA discount rate to 100 percent for true sustainability.

When CGE Energy’s WIND-e20 wind turbine manufacturing capability comes on line, the company said Storer’s main campus along with a 40-acre field are identified as the locations for multiple turbines.

“These power purchase agreements are part of a larger vision,” said Bryan Zaplitny, president and CEO of CGE Energy. “Sustaining the mission of YMCA impacts the lives of students in many ways that the energy savings will never speak towards.”

CGE also announced the opening of a new sales office in Chicago in response to demand for its energy systems.

The 1601 S. Canal St. location will act as Midwest hub and soon as a distribution location of its Cree LED inventory. CGE Energy Chicago will act as a model for expanding CGE Energy’s presence to 10 strategic locations in the next two years.

“As we scale the business and trajectory of CGE Energy, the addition of the Chicago office will help us reach our goals even faster,” Zaplitny said. “We have set aggressive sales targets, and the Chicago team has the track record to exceed them.”