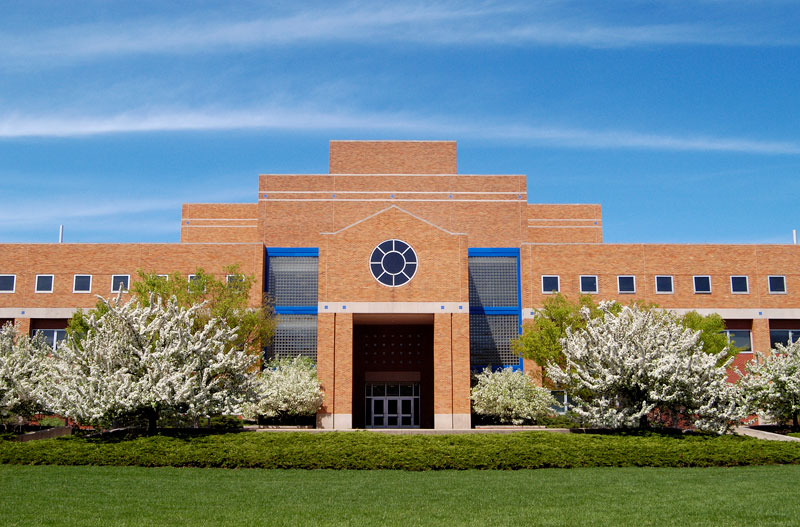 He replaces Tim Hogan, who served as the interim chair of the
department for a year. Previously, Tim Grotjohn served as chair from 2007 to 2014. Both are now focusing on teaching, research, and service as faculty members in the department.

Papapolymerou comes to MSU from Georgia Tech, where he was
serving as the Ken Byers Professor in the School of Electrical and
Computer Engineering and associate director of the Georgia
Electronic Design Center. His research interests include the
development of microwave-, millimeter-, and submillimeter-wave
circuits, antennas and modules for wireless communication, radar and sensing systems.

Said MSU engineering dean Leo Kempel: “During a period of
expansion for the department and college, his experiences as a
research-intense faculty member at a Top Ten program will benefit the department, college, and university.

Papapolymerou will also serve as the MSU Foundation Professor of
Electrical and Computer Engineering. The title is bestowed by MSU,
with support from the MSU Foundation, as part of an initiative to attract and retain top researchers critical to meeting the strategic initiatives of the university.

Papapolymerou joined the faculty of the Georgia Tech School of
Electrical and Computer Engineering in 2001. He led the Microwave
Circuit Technology Group, where he and his team developed a variety of high frequency circuits including lightweight System-on-a-Package phased arrays, RF MEMS reconfigurable antennas and filters, silicon micromachined THz filters and multipliers and microfluidic power amplifiers.

“Higher education and technical learning are the cornerstone for the
advancement of our society and the creation of new job opportunities that our economy needs,” Papapolymerou said. “I have witnessed their role and power as a young graduate student arriving in the state of Michigan 22 years ago from Greece. The expansion of the ECE department and the college provide a unique opportunity to apply my experiences and skills learned as associate director of the GEDC with a goal to increase interactions with industry and bring faculty teams together to form new research centers at MSU.

“Coming to MSU allows me to implement my dream of advancing
research and teaching in electrical and computer engineering and
connecting it with our society to provide unique opportunities for our undergraduate and graduate students in Michigan and throughout the world. I consider Michigan my ‘home’ state and MSU a key player in the advancement of engineering knowledge in the 21st century. I am thrilled to be a member of the Spartan family.”

Papapolymerou has published more than 350 refereed journal and
conference publications with his students and peers and holds five
United States patents. He currently serves as the editor-in-chief of the IEEE Microwave and Wireless Components Letters, and a member of the IEEE MTT-Society Administrative Committee. He has also served as a member of the Technical Advisory Board Periodical Review Advisory Committee of IEEE.

Papapolymerou received three degrees in electrical engineering: a
bachelor’s degree (1993) from the National Technical University of
Athens, Greece, and a master’s degree (1994) and PhD (1999) from
the University of Michigan, Ann Arbor.