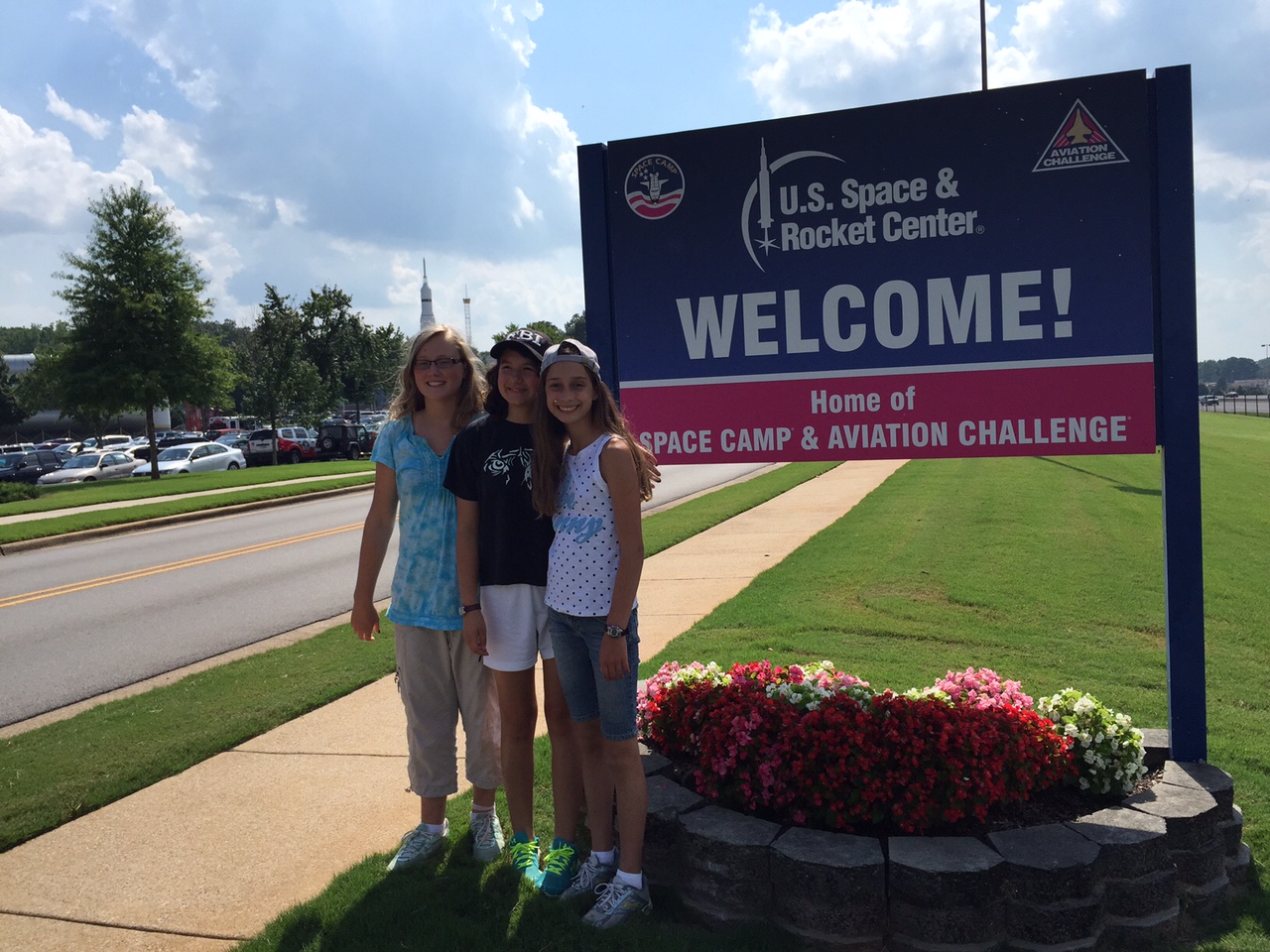 HUNTSVILLE, ALA. — The two-time defending Future City national champions from St. John School in Rochester are having an out of this world time.

The presentation team of Abby Dayton, Leah Schroeder, and Emily Abramczyk, along with engineer-mentor Linda Gerhardt and St. John teacher Jon Pfund, are at Space Camp, at the U.S. Space and Rocket Center.

It’s the first time to Space Camp for the presenters, who helped the St. John earn the championship of the Future City Michigan Regional, run by The Engineering Society of Detroit, back in January. They earned the trip by winning the National Championship in February.

Since this was the second consecutive year that the team has been honored with the national title, the trip to Space Camp will be the second visit in as many years for Linda Gerhardt and Jon Pfund.

This week, the presenters are participating in Space Academy activities for students in grades 7 through 9, while Gerhardt and Jon Pfund will participate in Space Camp for Educators with the 2015 State Teachers of the Year from across the U.S. and its territories.

Both groups spend their week at Space Camp participating in hands-on science, technology, engineering, and math activities. The week will be filled with special guest speakers, simulated shuttle and lunar missions, astronaut training simulators, rocket building, and a number of laboratory based experiments.

The day the team arrived was also the date of the annual Space Exploration Celebration at the U.S. Space & Rocket Center’s Davidson Center for Space Exploration’s Saturn V Hall. This event commemorates the scientists, engineers and others who worked in the space program from the Mercury era to the Space Launch System.

In addition to all of the exciting activities taking place throughout the week at the U.S. Space and Rocket Center, the team has also been invited to visit the Bentley Systems office in Huntsville for an honorary luncheon on Wednesday, July 22. Bentley Systems is a major sponsor of the Future City Competition at the national level and the award sponsor for the national championship team.

To watch a video of the winning Future City team, which aired in May on Rochester community TV, visit www.cmntv.org/2015/04/rochester-report-may-2015.