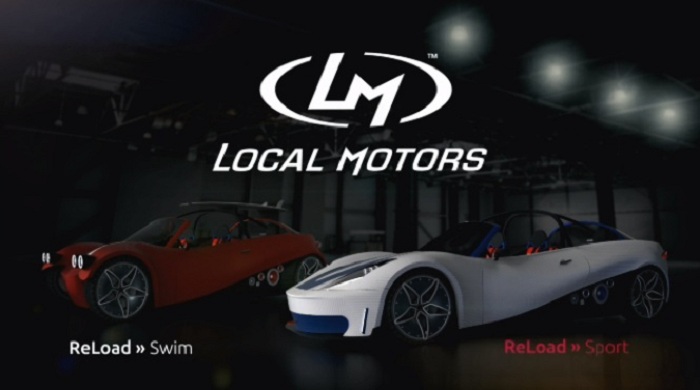 PHOENIX — Local Motors, developer of the world’s first 3D-printed car, has announced the winner of its Project Redacted design competition and named three universities — including the University of Michigan — as participants in a new effort to research 3D printed vehicle technology.

UM has taken delivery of a vehicle called LOCO, for Local Co-Created university vehicle, with which it plans to research autonomous driving technologies at UM’s North Campus.

“Think Uber, but with low-speed, autonomous cars,” said Ed Olson, an associate professor of electrical engineering and computer science at UM, who leads the project. “The goal of this program is for us to begin to understanding the challenges of a transportation-on-demand system built around autonomous cars.”

The UNLV LOCO will also focus on autonomous vehicle technology. The partnership with Arizona State University will conduct and gather groundbreaking research on advanced materials.

Meanwhile, the winning design of Project Redacted was Reload Redacted – Swim/Sport by Kevin Lo. Local Motors says the design showcases many benefits of 3D printing-based manufacturing, which the company calls Direct Digital Manufacturing. Included is the ability to create a completely customizable vehicle. The design also has a flexible foundation that can support many different styles and technology options.

Local Motors is the first company to utilize DDM in vehicle production, with the goal of decreasing the amount of tooling while increasing speed to market for highway-ready vehicles. Local Motors proved the ability to build vehicles with DDM when it debuted the world’s first 3D-printed car, the Strati, in September 2014.

“At Local Motors, we are hellbent on revolutionizing manufacturing,” said John B. Rogers Jr., Local Motors co-founder and CEO. “Car manufacturers have been stamping parts the same way for more than 100 years. We now have the technology to make the process and products better and faster by linking the online to the offline through DDM. This process will create better and safer products, and we are doing exactly that.”

Local Motors launched Project Redacted to challenge the co-creation community to imagine and design the next generation of 3D-printed cars. The winning entry will act as the foundation for the world’s first, and yet-to-be-named, road-ready 3D-printed vehicles. Local Motors plans to design, build and sell a low speed electric vehicle in the first quarter of 2016, and to debut a highway-ready version later in the year.

“You need something that makes you go ‘what’s that?’” Leno said of the winning entry. “My top choice would be Reload Redacted – Swim/Sport because it’s sporty, fun and you can commute in it.”

Local Motors says DDM allows for the rapid adoption of new technology in vehicles. For example, the Local Motors co-creation community has built an electric powertrain test platform to explore advanced battery technology that will go into the 3D-printed car.

The battery technology in the test platform uses the same lithium ion chemistry used in existing electric vehicles. Local Motors is already working to identify numerous cutting-edge battery options. For example, the company is exploring lithium sulfur battery technology, which creates three times the energy at half the weight of lithium ion technology.

The electric powertrain test platform also serves as a base for the development of the powertrain that will be used in the 3D-printed vehicle. Local Motors says it is poised to leapfrog current EV technology within the next 12–18 months.