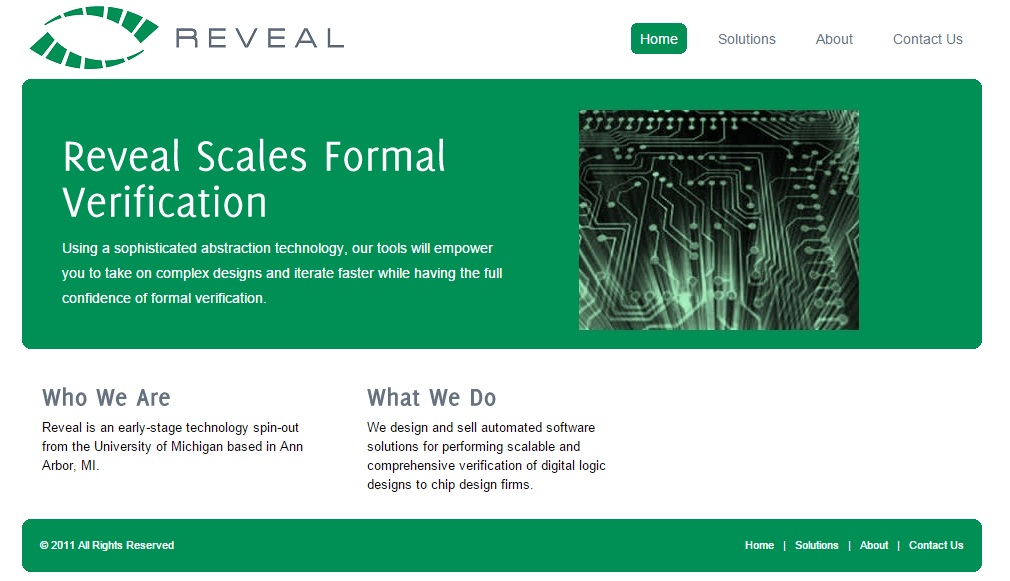 The Zell Lurie Fund is a student-led pre-seed investment fund established to identify and accelerate the commercialization of ideas generated within the University of Michigan community and the surrounding area. It focused on health care, technology, consumer products and clean tech. University officials said the fund typically invests from $25,000 to $50,000, and the fund currently has nine active investments.

The investment was made in conjunction with the Samuel Zell & Robert H. Lurie Institute for Entrepreneurial Studies at UM’s Ross Stephen M. Ross School of Business.

“The Zell Lurie Commercialization Fund gives student teams the opportunity to source and close their own deals, and with this investment they’ve done an excellent job in selecting a company with great prospects and the potential for a good exit down the line,” said Stewart Thornhill, managing director of the Zell Lurie Commercialization Fund and executive director of the Zell Lurie Institute. “Reveal is a strong addition to our portfolio.”

Reveal Design Automation develops software that cuts from days down to hours the verification of semiconductor chip designs. As a
typical verification cycle for a new chip design requires dozens to hundreds of such verification runs, Reveal can save chip designers millions of dollars in verification expenses, reduce time-to-market by months and significantly improve confidence in chip design.

Founded at the University of Michigan, Reveal has won prize money from both the Michigan Business Challenge and the Accelerate Michigan Innovation Competition, and has presented at the Michigan Growth Capital Symposium. The company says the investment will help it double its headcount over the next year and further develop its assets to attract a tier-one customer as it prepares to raise its Series A venture round sometime in the next two years. Company officials say they already have several customers but can’t reveal their identities due to non-disclosure agreements.

“We talked to other investors and advisors in the community, and there’s a lot of confidence in CEO Zaher Andraus’s ability to carry his company forward,” Garvin said. “That was a big stamp of approval for us.”

Garvin added that “following the whole process from sourcing companies to invest in and conducting a formal due diligence to negotiating and closing the deal is an incredible hands-on experience. Because this fund focuses on early stage companies, we have many opportunities to work our networks to source companies and make our own decisions.”

Added Andraus: “This investment represents a major validation of our work by the University of Michigan community. We’re looking forward to working with the Zell Lurie Commercialization Fund to bring our company to the next level.”