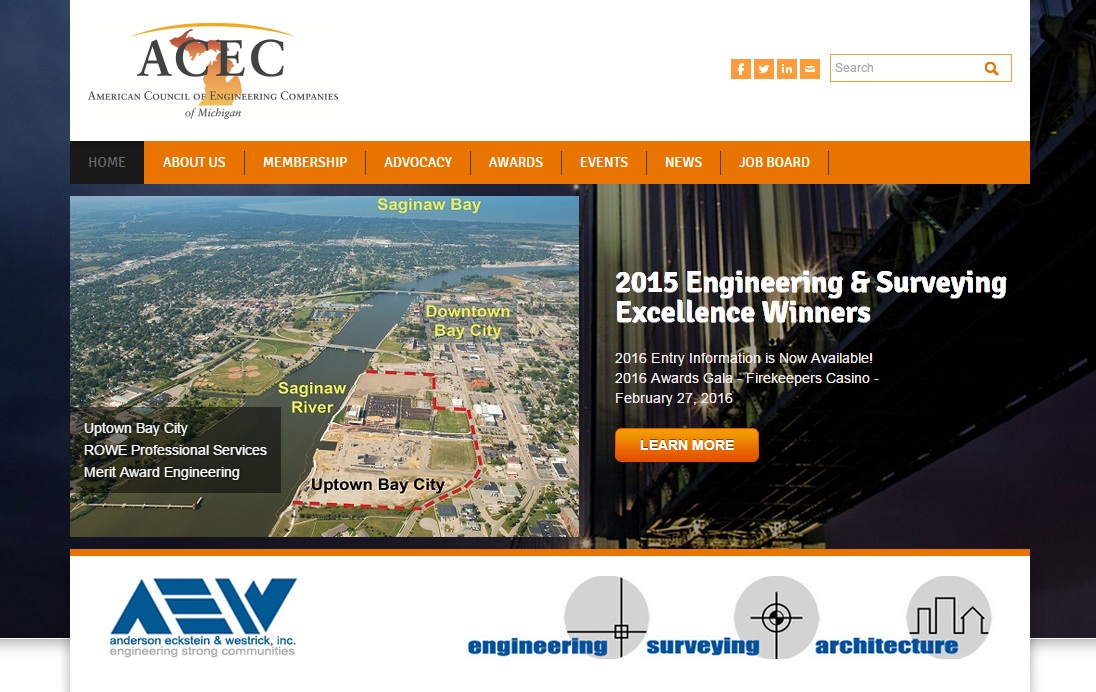 LANSING — The American Council of Engineering Companies of Michigan has announced Mark Kramer, PE, of Plymouth-based Soil and Materials Engineers Inc. as its 2015-2016 president.

Kramer is a principal and CEO of SME, an engineering consulting firm that specializes in the geosciences, building materials and the environment.

Kramer, a licensed professional engineer in Michigan, Ohio and Virginia, has led SME’s over 200 professional and technical staff since 2001. The firm is continuously ranked among the top 500 design firms within the United States by the Engineering News Record.

Other ACEC-Michigan officers elected are:

Kramer, Cooper, Alix, Huneke and Wheatley are members of The Engineering Society of Detroit, as are Harley Ellis, Hubbell Roth & Clark, Wade Trim, Ruby and Associates and Rowe Professional Services.

ACEC of Michigan is the association representing the business interests of Michigan engineering, surveying, architectural and related scientific firms who provide professional knowledge to the built environment and strive to protect the health and safety of the public. It is a member of the ESD Affiliate Council.

ACEC of Michigan is part of the American Council of Engineering Companies, headquartered in Washington, D.C and, comprised of more than 5,000 firms nationwide that employ more than 300,000 engineers, architects, land surveyors, scientists, and other specialists, responsible for more than $100 billion of private and public works annually.