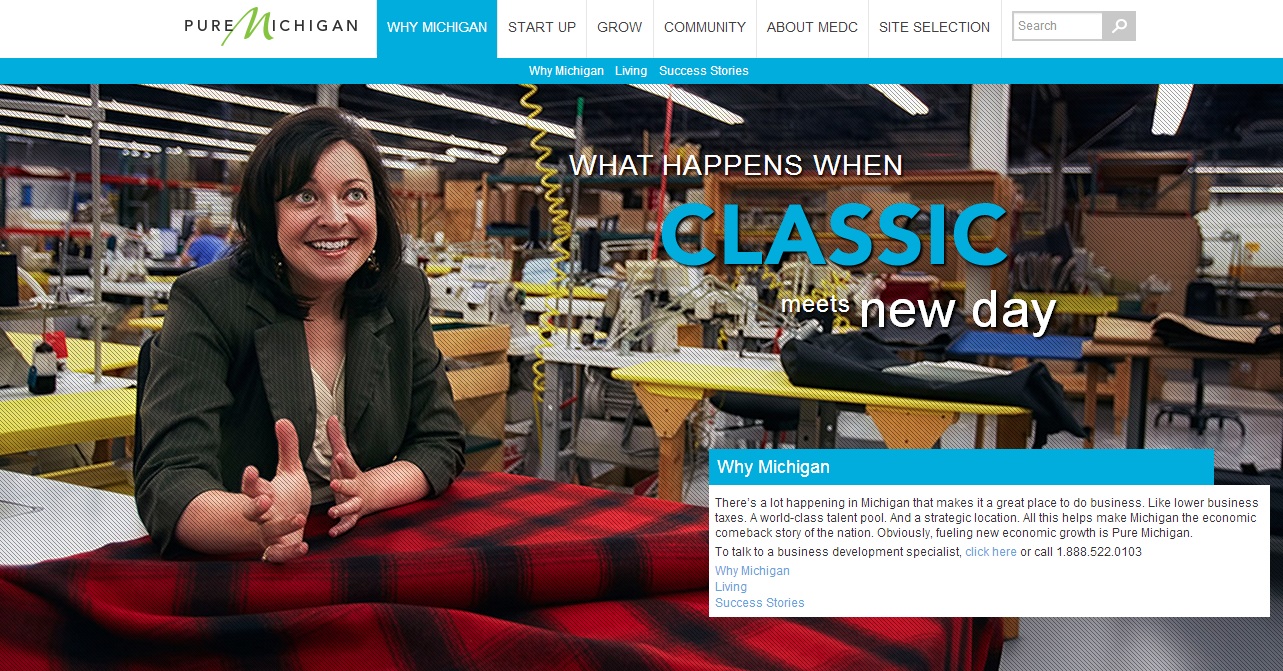 The company will receive a Michigan Business Development Program performance-based grant through the Michigan Strategic Fund. The MSF approved the incentive of up to $4 million to support the expansion in Michigan rather than South Carolina.

State officials also approved aid to other projects that would create another 255 jobs and see the investment of another $87 million in Michigan.

In North America, ZF has more than 8,300 employees in 20 locations. The company plans to expand its technical center in Northville Township to allow for additional research and development services to design, develop and test new vehicle components and systems.

“The ZF North America expansion will add significantly to the company’s base of more than 1,200 Michiganders and signals once more that Michigan is the place for serious automotive investment,” said Steve Arwood, CEO of the Michigan Economic Development Corp. “Gov. Snyder met with ZF executives in Germany and easily sold them on Michigan’s reinvention and our commitment to building our state’s world-class workforce.”

The project will generate a total capital investment of nearly $71.2 million and create 571 jobs. Northville Township has offered support in the form of property tax abatement. People interested in career opportunities with ZF should visit this link.

* A new five-story mixed-use building will go up on the west side of downtown Grand Rapids under a plan submitted by Fulton and Seward LLC. The project will consist of retail space and 102 residential units as well as a two-story parking structure. The project will generate a total capital investment of nearly $33.8 million and create 28 jobs. The project has been approved for a $3 million Michigan Community Revitalization Program loan participation at 3 percent interest. The City of Grand Rapids Brownfield Redevelopment Authority has also received approval of $5,598,600 in local and school tax capture for brownfield alleviation, demolition, site preparation and infrastructure improvements at the site. To watch a video on the Fulton and Seward project and other Grand Rapids-area revitalization efforts supported by MEDC, visit this link.

* MSF approved $7,963,274 in local and school tax capture for the Oakland County Brownfield Redevelopment Authority to redevelop 80 acres of property in downtown Pontiac for the redevelopment of the vacant GM Pontiac Validation Center property. The tax increment revenue will be used to alleviate brownfield conditions at the site and for demolition, site preparation and infrastructure improvements. The property is owned by M1 Concourse LLC. The completed project will include a car condominium and demonstration track for car owners in the metro Detroit area, as well as a restaurant, events center, and retail stores. The project will generate a total capital investment of $45 million and create 95 jobs. The Oakland County Brownfield Redevelopment Authority is seeking $5.2 million in reimbursement from the Michigan Department of Environmental Quality for environmental activities related to the project.

* The MSF approved $4 million in private activity bonds for Master Automatic Machine Co. Inc., a manufacturer of precision screw machine products for the automotive industry founded in 1942. The company is acquiring new equipment at its locations in the city of Livonia and Plymouth Township, investing $4 million and creating 82 jobs.

* The MSF approved an inducement resolution for issuance of up to $4.3 million in private activity bonds for Packaging Specialties Inc. a Warren-based producer of packing materials established in 1964. The company is moving a plant from Ecorse to Romulus, expanding, investing approximately $4.1 million and creating 50 jobs.

* In addition, MSF approved a bond authorizing resolution for $24 million in private activity bonds to refund $15.45 million outstanding principal for previously issued bonds and $7 million in new bonds for a renovation project at Luther Manor in Saginaw. Lutheran Social Services of Michigan is a not-for-profit organization headquartered in Detroit that has three primary areas of service: senior living, children and families and home and community. Luther Manor has been a provider of comprehensive nursing care and rehabilitation therapy in the Saginaw community for more than 46 years. The bonds will finance renovation of the room layouts and will include the addition of a lobby, canopy and rehab resident room.

For more on the MEDC and its initiatives, visit michiganbusiness.org. For Michigan travel news, updates and information, visit michigan.org. Michigan residents interested in seeking employment with any of Michigan’s growing companies should check mitalent.org, where more than 96,000 jobs are currently available in a variety of industries.