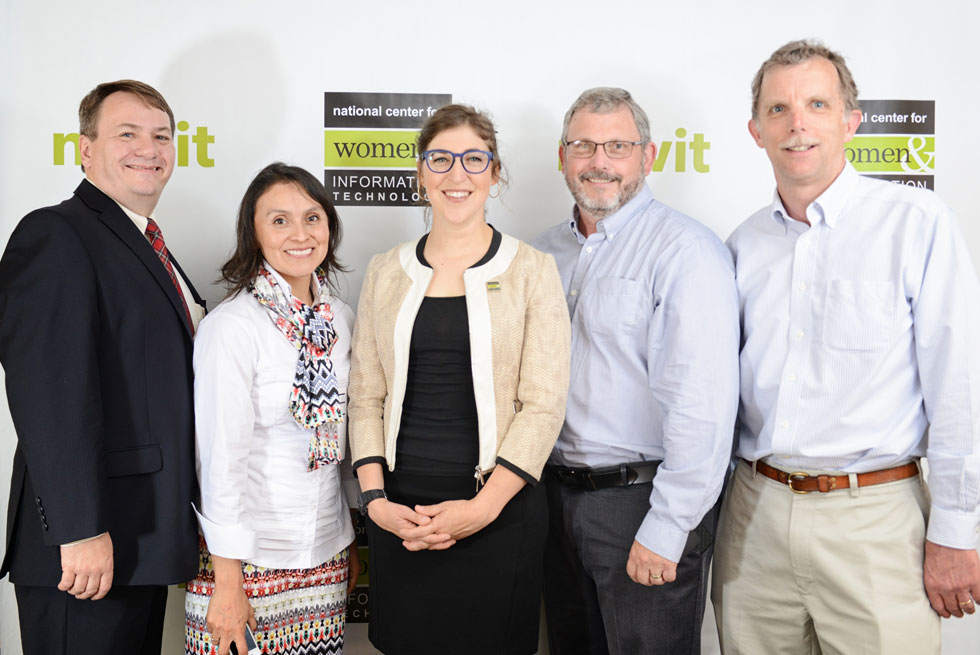 MSU received multiple national recognitions at the event, including a second-place tie for MSU for the NCWIT Extension Services Transformation Award, called the NEXT Award; an award to associate professors Richard Enbody and William Punch for their instructional materials tying computer science with other technical disciplines; and a NCWIT-award-winning app developed by MSU computer science senior Angela Sun.

Hundreds of educators, entrepreneurs, corporate executives, and social scientists shared research, ideas, and action items for increasing girls’ and women’s participation in computing during the “2015 NCWIT Summit on Women and IT: Practices and Ideas to Revolutionize Computing,” at Hilton Head Island, S.C.

Details on the awards were as follows:

MSU’s Departments of Computer Science and Engineering, Electrical and Computer Engineering, and Mechanical Engineering were the recipients of the 2015 NCWIT Extension Services Transformation Award of $50,000 (a second-place tie).

The NEXT Award recognized MSU’s “broad-range of well-conceived recruitment and retention efforts.” Dean Leo Kempel and Teresa Isela VanderSloot, director of Women in Engineering Recruitment and K-12 Outreach, accepted the award on behalf of a college-wide team leading these efforts.

Associate professors Richard Enbody and William Punch were recognized by NCWIT and Google with an EngageCSEdu Engagement Excellence Award. The award included $5,000 cash.

NCWIT EngageCSEdu is a growing collection of high-quality materials for introductory undergraduate computer science courses created by faculty across the country. All of the peer-reviewed materials in the collection employ a number of “engagement practices” that research suggests are likely to engage students, especially women and other underrepresented groups.

Punch and Enbody were recognized for their extensive collection of projects that are designed to create interdisciplinary connections between computer science and various technical disciplines. This collection of materials incorporates student choice with meaningful and relevant content.

Sun, of Canton Township, was one of three women honored by NCWIT and HP as inaugural winners of the NCWIT Collegiate Award. The award encourages women undergraduates to persist in computing majors by recognizing their innovations.

She was recognized for her mobile application that allows Android users to discover patterns that affect their battery life, such as the amount of time spent on apps, most used apps, and the number of times a phone is accessed in a day. The app is available worldwide on the Google Play Store for free. It is compatible with both phones and tablets, but requires Android 4.2 or newer.

Sun is a research student in the Systems and Security Lab in MSU’s Department of Computer Science and Engineering.

She is spending this summer as one of only 30 product manager interns at Google in California.

More about MSU’s College of Engineering at www.egr.msu.edu.