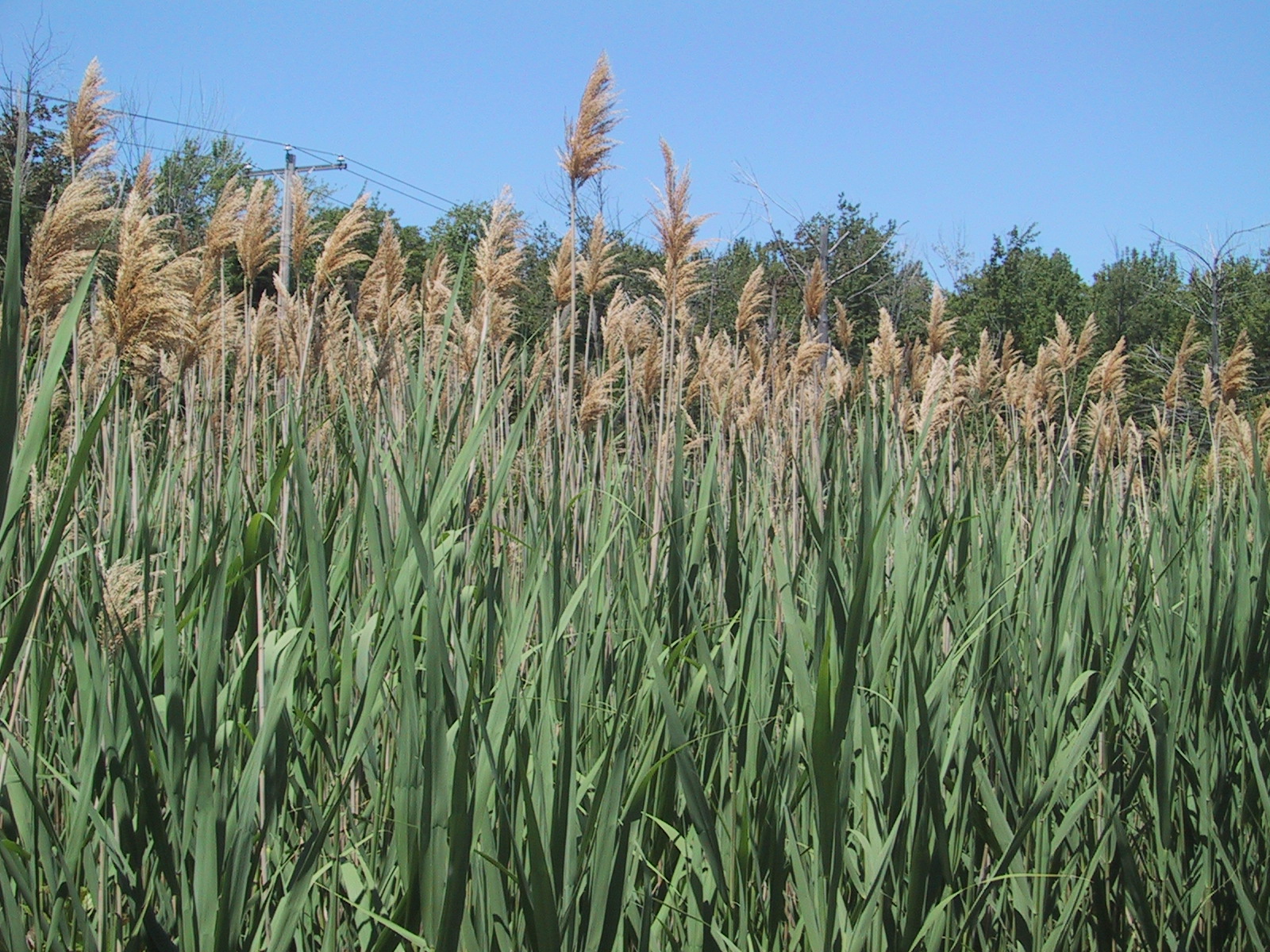 LANSING — Funding proposals for 2015 are now being accepted through the Michigan Invasive Species Grant Program, with an anticipated $3.6 million available to applicants.

The program – a joint effort of the Michigan departments of Natural Resources, Environmental Quality and Agriculture and Rural Development – is part of a statewide initiative launched in 2014 to help prevent and control invasive species in Michigan (such as the phragmites pictured above).

The 2015 grant program handbook, at this link,  outlines focus areas and information on how to apply.

The Michigan Invasive Species Grant Program supports projects throughout the state that prevent, detect, manage and eradicate invasive species on the ground and in the water. Total grant funding is set by the Legislature and the governor during the annual budget cycle.

“These grants offer a great opportunity to expand crucial efforts to battle invasive species in Michigan’s woods and waters,” said DNR Director Keith Creagh. “Partnerships like this are vital to protecting our world-class natural resources. There is an enormous need to work together to address invasive species in our state, and just as big a willingness by residents, agencies and other stakeholders to get the job done. This grant funding will go a long way toward achieving that success.”

Local, federal and tribal units of government, nonprofit organizations and universities may apply for funding to support invasive species projects conducted in Michigan. For this 2015 funding cycle, pre-proposals will be accepted through July 31 and requested full proposals are due by Oct. 30.

Grant requests for 2015 projects can range from a minimum of $25,000 to a maximum of $400,000. Applicants must commit to provide at least 10 percent of the total project cost in the form of a local match. Proposals with match levels above 10 percent will receive higher ranking.

In 2014, the Michigan Invasive Species Grant Program provided more than $4 million to fund 19 projects including the development or expansion of Cooperative Invasive Species Management Areas, which now operate in 66 of Michigan’s 83 counties. These cooperatives detect, map and manage invasive phragmites, Japanese and giant knotweed, flowering rush and other non-native species that can cause economic or environmental harm. Additional awards focused on:
• Finding new approaches to treating aquatic invasive plants.
• Reducing the spread of oak wilt and preventing new forest invaders.
• Raising public awareness and participation in identifying and reporting invasive species.

Those interested in undertaking invasive species projects in Michigan and considering applying for a grant are encouraged to attend one of four upcoming workshops scheduled in Mackinaw City (June 25), Munising (June 26), Hastings (June 30) and Detroit (July 7).

Attendees will learn about program goals, 2015 focus areas, applicant eligibility and the application procedure. Optional discussion sessions to help connect groups interested in developing Cooperative Invasive Species Management Areas will be held following the workshops at the two southern Michigan locations.
To register for one of these grant workshops or to learn more about the invasive species initiative, current projects and the 2015 grant program, visit www.michigan.gov/dnr-grants.