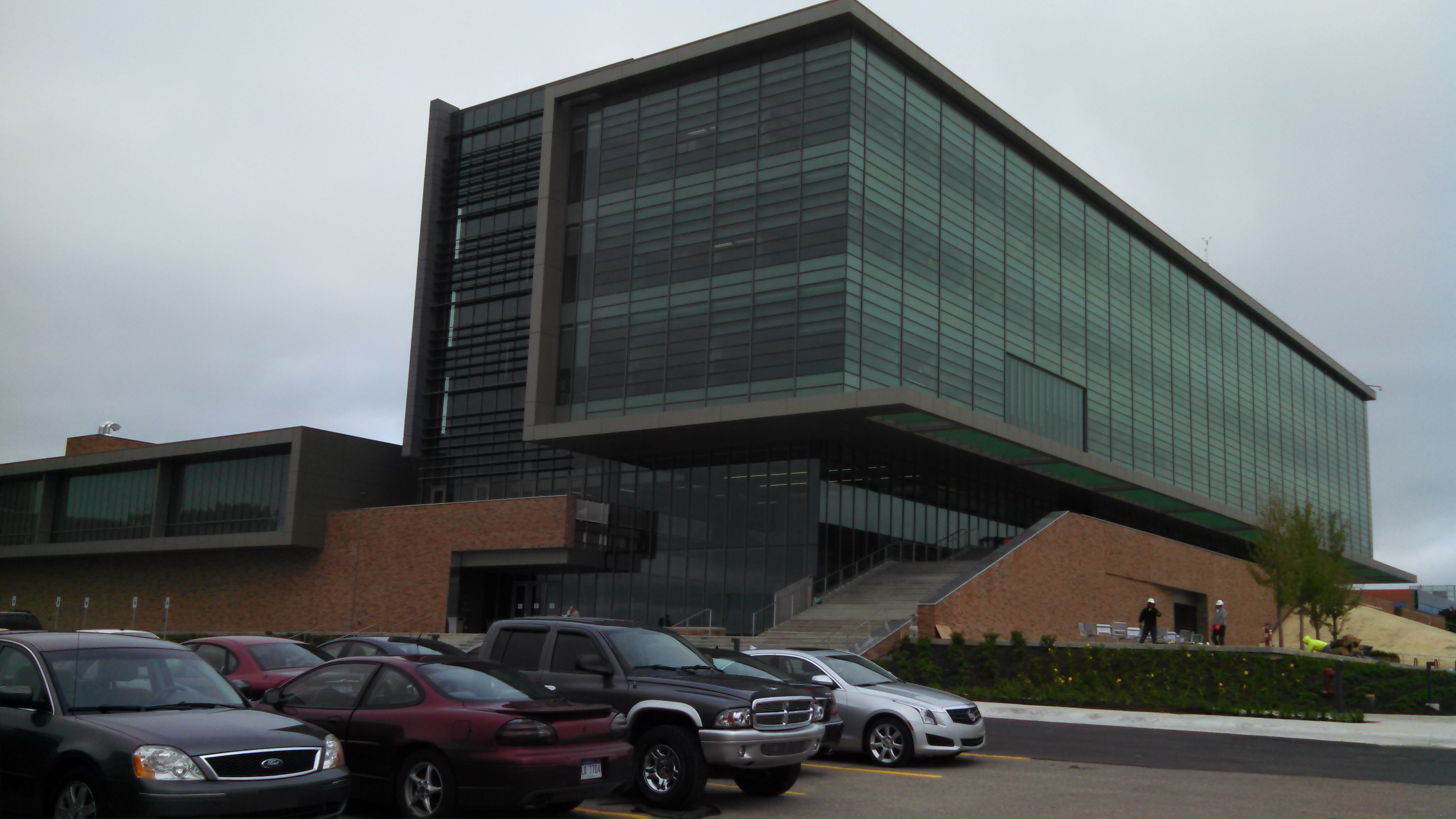 SOUTHFIELD — Members of The Engineering Society of Detroit can get an exclusive first-hand look at the region’s newest engineering education showplace — the spectacular new 128,000-square-foot Oakland University Engineering Center — on Monday, June 29.

The members-only tour begins with registration and networking at 1 p.m., followed by the tour at 1:30. The cost is $25 for ESD members, or join ESD for $75 (a 25 percent discount) and take the tour for free. This offer is good for new, first-time members only.

The five-story structure has added sparkling new laboratories for OU’s School of Engineering and Computer Science. Walbridge was the construction manager on the $74.5 million building, which was designed by SmithGroup.

But really, according to Louay M. Chamra, dean of the school, “everyone has ownership of this building. We took a year to get input from faculty and student organizations and staff in terms of what they would like to see in the new building to improve the educational experience at Oakland.”

Start with the lobby, a spectacular six-story atrium that nonetheless retains a human scale — creatively designed nooks for study and small group meetings. Throughout the building are scattered small collaborative spaces that can be closed off or opened up in creative ways. All feature comfortable seating, plenty of power and Ethernet outlets. Chamra also said designers made sure there was plenty of fast wireless internet access everywhere.

The building is also open, with windows everywhere, including from classrooms and laboratories to interior hallways, offices and labs. Chamra said Dodge Hall in places reminded him of something “Soviet” — closed off, no windows, a fortress.

“Here, I want everybody to be able to see everything that’s going on,” Chamra said. One particular point of pride — classrooms for students who may not yet have decided on engineering as a major that overlook the big labs where senior projects are designed and Formula SAE cars are built.

Another point of pride — diversity. Chamra said engineering used to be such a male domain that the original plans for Dodge Hall called for only one women’s bathroom in the entire building. In the new Engineering Center, there are men’s, women’s and family bathrooms on each floor. Chamra said the latter is a nod to the fact that today’s engineering student may be a single parent who needs to change a diaper during a study session.

There are also new spaces for the engineering student organizations, and Chamra hopes there will be more of them soon. And there’s an Einstein Bros. Bagel restaurant, which Chamra said he hopes keeps students “loaded up on carbohydrates and caffeine.”

And there are more engineering students on Oakland’s campus that ever before — enrollment in the school has jumped from 830 to more than 1,700 just since 2010.

“This building is basically disconnected from the grid, except on a really hot day,” Chamra said.