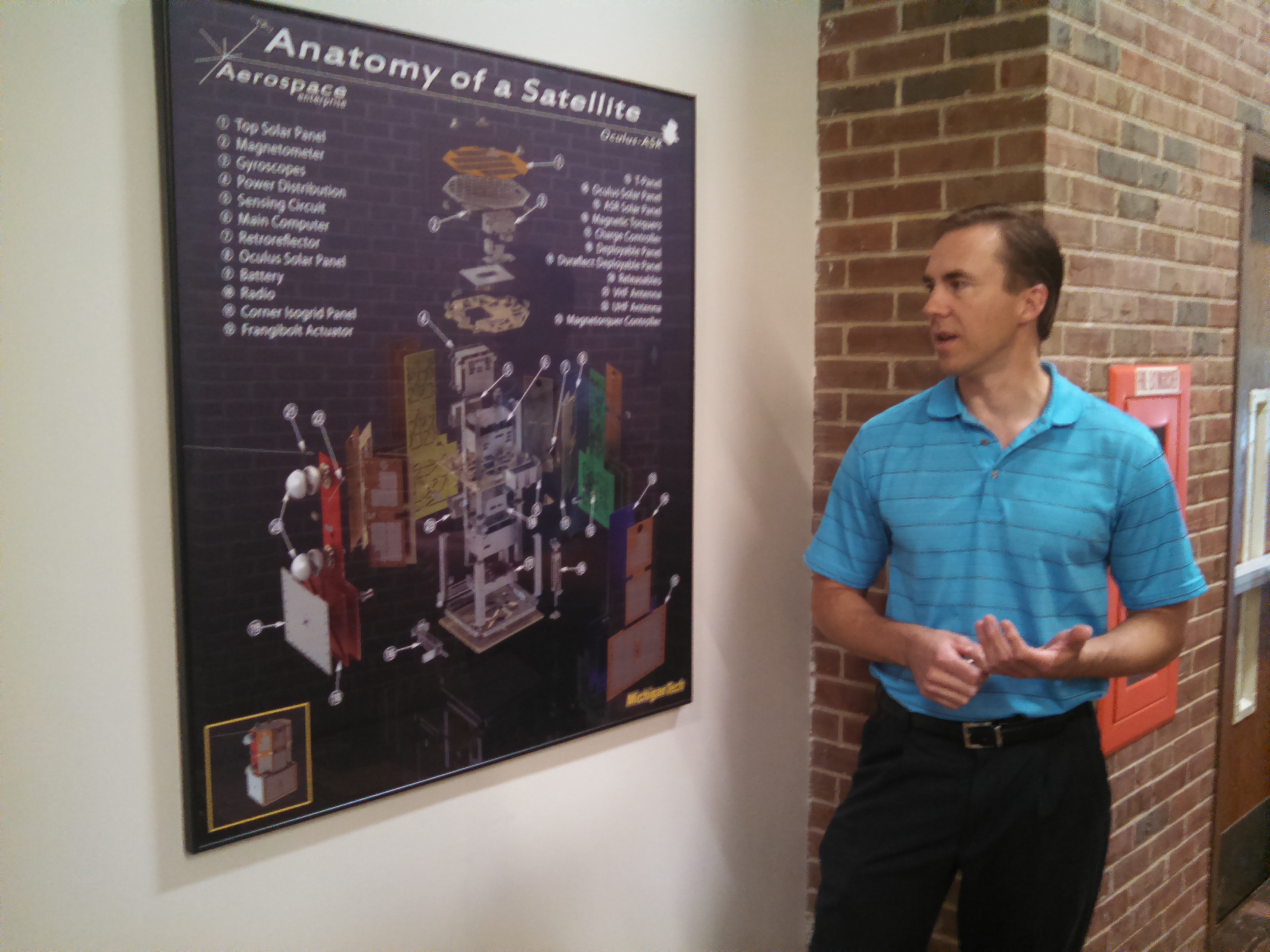 HOUGHTON — A student chapter of The Engineering Society of Detroit is on the way for Michigan Technological University.

Magee, along with ESD Director of Membership Heather Lilley and ESD Director of Communications and Public Relations Matt Roush, also toured a wide variety of other Michigan Tech engineering labs during the visit.

“We were so very impressed with what we saw,” Magee said. “Michigan Tech is truly a world-class engineering and scientific research institution, with many unique advantages given its location in the Upper Peninsula. We’re looking forward to a successful ESD student chapter here that will assist Michigan Tech’s talented engineering students with resources to help them develop leadership skills and have better careers.”

The tours included:
* The Michigan Tech Advanced Power Systems Research Center, near Houghton County Memorial Airport, home to MTU’s mobile automotive laboratory, numerous automotive research projects, and a biofuels research project.
* The laboratory of Jeremy Goldman, associate professor of biomedical engineering, who is working on a variety of projects, including improving the stents used to open clogged coronary arteries, and various methods of regenerating vascular tissues.
* The microfabrication facility at MTU, directed by Chito Kendrick, where students learn to make the guts of miniaturized circuitry and solar cells.
* The aerospace lab of Brad King, (pictured above), Ron & Elaine Starr Professor of mechanical engineering – engineering mechanics, where undergraduate students have designed a satellite to test the United States Air Force’s abilities to detect the properties of satellites sent abroad by America’s adversaries, winning an Air Force contest and beating schools like MIT and Georgia Tech in the process. The satellite is scheduled to be launched next year. King’s lab also includes huge vacuum chambers to test ion propulsion systems that are much more efficient than chemical rockets — but which only work in the vacuum of space.
* Michigan Tech’s huge chemistry and chemical engineering training center, the Unit Operations Lab, led by new manager Scott Wendt.
* The laboratory of Nina Mahmoudian, assistant professor of mechanical engineering – engineering mechanics, where advanced underwater gliders are being developed to conduct research and check on infrastructure, and where other robots are being developed for emergency response.
* The Michigan Tech Rail Transportation Program, an industry-leading program to train railroad experts among engineering and business students, led by Pasi Lautala, assistant professor of civil and environmental engineering.

The visit ended with a stop at Michigan Tech’s spectacular, $25 million Great Lakes Research Center, a global resource for freshwater study opened by the university three years ago.

The four-story, 50,000-square-foot center contains laboratories to study Great Lakes water quality, aquatic ecology, marine engineering, fisheries and more. And it’s home to several research vessels that assist in the mission, including the 37-foot Agassiz and the smaller Polar and Husky Traveler, as well as different kinds of research buoys that measure water temperature, wave height and other data.

And it’s home to MTU’s supercomputer, which has already paid dividends in improving the study of currents in Lakes Michigan and Huron as a single system — which, after all, they are, since they’re joined at the Straits of Mackinac.

It’s located on the Portage Waterway, also known as the Keweenaw Waterway, a long ribbon of water that connects western Lake Superior with Keweenaw Bay — which is also part of Lake Superior, which makes northern Houghton County and all of Keweenaw County technically an island.