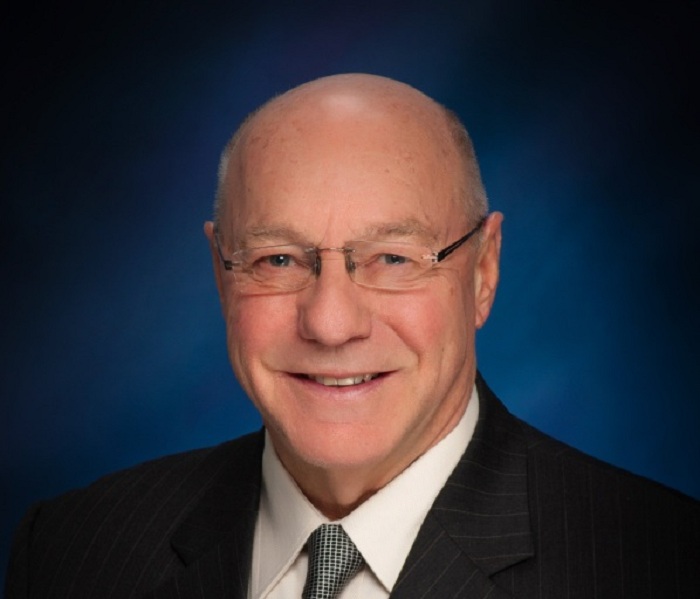 Link is chairman and CEO of Plymouth-based Link Engineering Co., which was founded by his father Herbert in 1935.

Link received a bachelor of science in mechanical engineering from Michigan State University in 1967, and an MBA from MSU in 1968. He worked for three years as a senior systems analyst at the former Detroit-based computer maker Burroughs Corp. before joining the family business in 1971. He became Link Engineering’s president and CEO in 1989.

After joining Link Engineering, he quickly became involved in ESD, starting with its Young Engineers Council, of which he is a past chair. Link also served on ESD’s awards committee and its nominating committee, and was treasurer and vice president of ESD before serving as its board president in 1984-85.

He was named to the ESD College of Fellows in 1988, and later served on the Fellows Executive Committee.

Link also is chairman of the board of the Horace H. Rackham Engineering Foundation, which has as its main mission the ongoing support of ESD.

Outside ESD, Link is an advisory board member for the MSU College of Engineering. He is a past member of the board of directors of the Original Equipment Manufacturers Association. And he is a member of the College of Fellows of the Society of Automotive Engineers, and has chaired SAE’s Brake Colloquium Executive Committee, its Braking Standards International Liaison, and its Friction Material Characterization Task Force. He is a technical member of the Brake Manufacturers Council and the Spring Manufacturers Association. He is also co-chair of the Forward Planning Committee of Meadowbrook Country Club.

Under Roy Link’s leadership, Link Engineering has grown into a global designer and manufacturer of test systems to simulate the actual in-service performance of vehicle components in the laboratory, including brakes, transmissions, wheels, tires, clutches, axles, bearings and other components.

Link Engineering has offices and laboratories in Dearborn and Detroit in addition to its Plymouth headquarters, as well as in Ohio, Arizona and California. It also has international offices in Germany, France, China, Korea, Japan, India and Brazil to support international equipment sales and support and execution of both vehicle and laboratory testing services.

Link testing systems are used in a wide array of industries, including automotive, aerospace, railway, electric motor, and others. Link is involved with the latest technologies to more closely replicate in-service conditions and monitor test results involving performance, durability, noise-vibration-harshness, and other operating characteristics.

The awards dinner will also see the presentation of numerous ESD awards to Michigan’s best construction projects, as well as other working professional engineers and scientists, and student awards. More at http://ww2.esd.org/EVENTS/2015/2015-06-24-AnnualDinner.htm.

The event begins with networking at 5:30 p.m., followed at 6:45 p.m. with dinner, with the awards ceremony to follow.