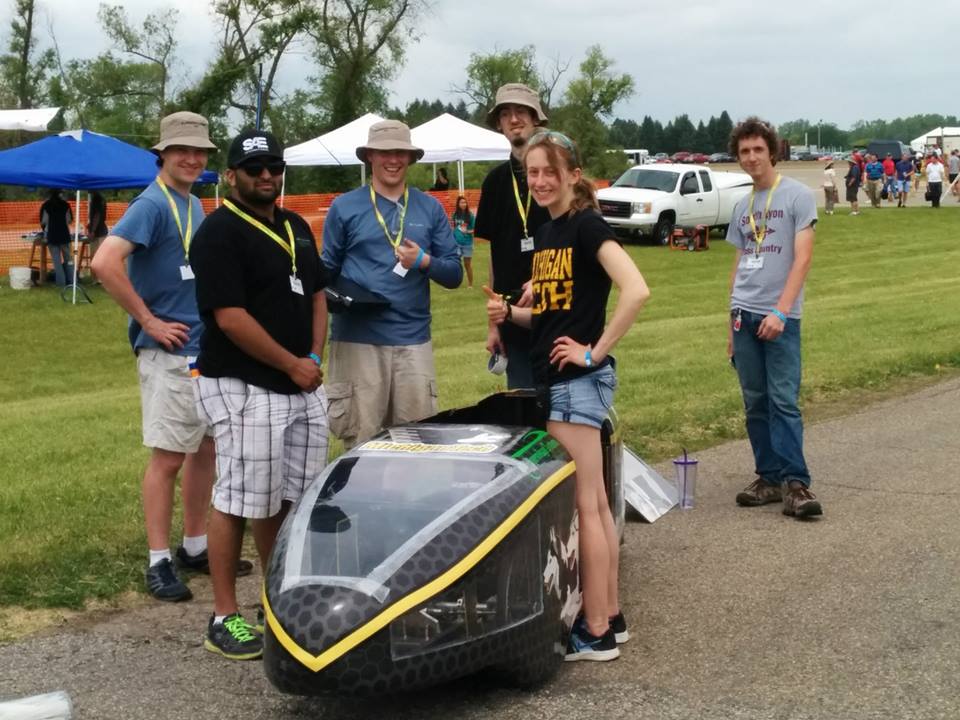 The student-designed and built vehicle met the strict competition criteria of a single occupant, and a one-cylinder, four-cycle engine.

The competition is in its 36th year, and is part of SAE’s effort to encourage students to pursue careers in science, technology, engineering and math.

“The students are so impressive with their ingenuity and creativity. What they accomplish year after year with this competition is truly amazing,” said Staci Kroon, president, Eaton Vehicle Group. “The Supermileage competition helps these students develop practical engineering, team building and leadership skills they can use to succeed in their careers, including making tomorrow’s cars and trucks more fuel efficient.”

A total of 23 collegiate teams — 17 from the U.S. and six from Canada — competed this year, most of which achieved at least 200 mpg. In addition to the fuel economy results, teams were also rated on the design of their vehicles, prompting an aggregate score that was used to determine the overall winners.

The Université Laval team was the overall winner receiving a total score of 2,453 (2,098 mpg plus its Design Report score of 355). The team won $1,500 and will be recognized at the SAE 2015 Commercial Vehicle Engineering Congress held Oct. 6-8 in Rosemont, Ill.

A team from the University of South Alabama won the Design Report portion of the competition with a score of 430. The Lawrence Technological University team won the Best Newcomer Award, while Brigham Young University was chosen by the event organizing committee for both the Best Design Execution as well as the Endurance Award (minimum of four successful fuel economy runs). California State University – Los Angeles received the Best Demonstrated Overall Team Attitude award.

Hosted by Eaton since its inception in 1980, the Supermileage event is designed to generate public awareness of high-mileage fuel economy and to promote automotive engineering as a career choice for students. Participants are encouraged to use advanced materials and technologies, as well as their design creativity and imaginations, to get the most out of their vehicles over the 9.6-mile course – six times around Eaton’s 1.6-mile test track.

The winning team at the first Supermileage competition in 1980 achieved 558 mpg.