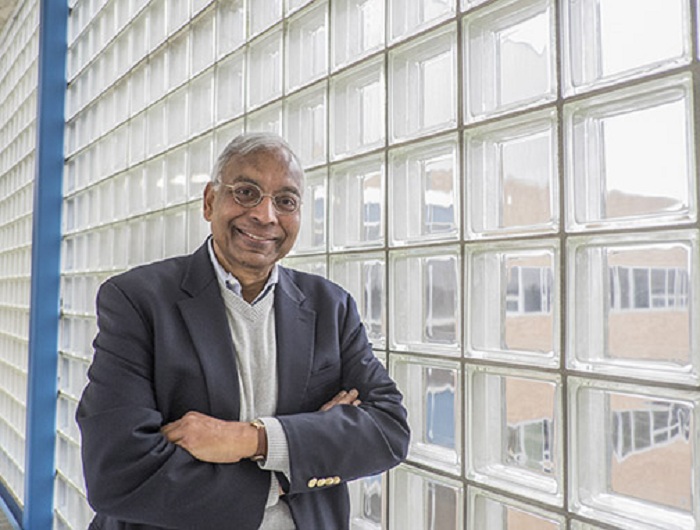 EAST LANSING — A $400,000 cash gift will honor one of the world’s foremost authorities on pattern recognition, computer vision, and biometric recognition with the creation of an endowed fund in his name at Michigan State University.

The Anil K. Jain Endowed Graduate Fellowship is an anonymous gift from an international businessman who was a visiting scholar in computer graphics and image processing in Jain’s laboratory in the early 1980s. The fellowship fund will support doctoral-level research on pattern recognition, computer vision, and biometric recognition. The Department of Computer Science and Engineering will select the recipients of the Jain Fellowship.

Jain is a University Distinguished Professor of Computer Science and Engineering at MSU, who has conducted trailblazing research in data clustering, fingerprint recognition and face recognition. His research is followed by his peers as indicated by his h-index which is the highest among active computer science researchers in the world today. The h-index measures the productivity and citation impact of a scientist or scholar’s published body of work. For details of Anil Jain’s contributions, visit http://biometrics.cse.msu.edu/people/index.html

“I am so very grateful that a former student has chosen to honor me by establishing this endowment,” Jain said. “I am flattered that our time together at MSU was so meaningful to him. Ultimately, this endowed fellowship will enhance our mutual scientific interests through new generations of graduate students.”

Leo Kempel, dean of the MSU College of Engineering, said this new support will help educate the problem-solvers of the future.

“We continually press forward in the College of Engineering to find practical solutions to our most pressing challenges,” Kempel said. “We are delighted someone has chosen to honor Dr. Jain’s long and meritorious service in this way.”

He has received numerous awards, including a Guggenheim fellowship, the Humboldt Research award, a Fulbright fellowship, the IEEE Computer Society Technical Achievement award (2003), the W. Wallace McDowell award (2007), the IAPR King-Sun Fu Prize (2008), and the ICDM 2008 Research Contribution Award. He holds six patents and is the author of several books. He was the 2014 Innovator of the Year at Michigan State University.

The $400,000 gift is part of the Michigan State University’s Empower Extraordinary Campaign. Jain and his family will provide an additional $100,000 to augment this endowment. Others wishing to contribute to the Anil K. Jain Endowed Graduate Fellowship fund may contact Stephen Bates, senior director of development in the MSU College of Engineering, at batesst@egr.msu.edu.