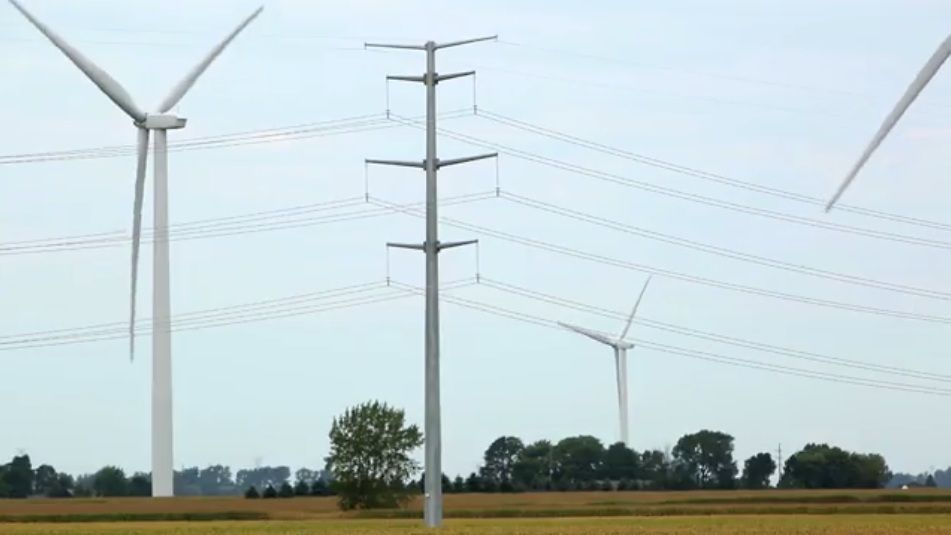 NOVI – A new system to bring power from new wind farms in Michigan’s Thumb has been energized by a subsidiary of Novi-based ITC Holdings Corp., the nation’s largest independently owned electric transmission company.

ITCTransmission invested an estimated $510 million to build the 345,000 volt line, and has turned on the third and final phase of the project.

Said ITC CEO Joseph L. Welch: “This project brings an increase in transmission system capacity and reliability while providing more efficient transmission of renewable energy. It also created jobs and will have a meaningful near and long-term impact on the economy of the region and the entire state.”

Added Linda Blair, ITC executive vice president and president of ITC Michigan: “The entire ITC team worked tirelessly to bring the Thumb Loop into service ahead of the original end-of-2015 target. This effort reflects ITC’s ongoing commitment to operational excellence and focused project management, working in close cooperation with landowners, communities and alliance partners and suppliers, many of whom are based in Michigan.”

During the construction phase of the Thumb Loop, ITC estimates the project had a direct impact of $366 million to the Michigan economy, including employment of local contractors, vendors and suppliers. The Thumb-area economy benefited from the demand for supplies and services such as concrete, hardware, fuel, gravel and trucking, as well as food, lodging and other personal needs for construction crews.

Studies by the Midcontinent ISO, the regional authority that oversees transmission for a 15-state area that includes Michigan, show that projects such as the Thumb Loop are anticipated to produce benefits for customers in Michigan and the broader region of between two-and-a-half and four times the project cost.

The Thumb Loop project consists of approximately 140 miles of double-circuit 345,000 volt transmission lines and four new substations. It serves as the “backbone” of a system designed to meet the identified maximum wind energy potential of the Thumb region and is capable of supporting a maximum capacity of about 5,000 MW. As an important link in the high-voltage transmission system in Michigan and the region, it contributes to reducing congestion, improving system reliability and facilitating wholesale market competition. Additional lines and facilities will be needed in the future as wind generators go into service and connect to the backbone system.

The project includes 1,680 miles of wire, and 789 steel monopole towers, with an average of six poles per mile.