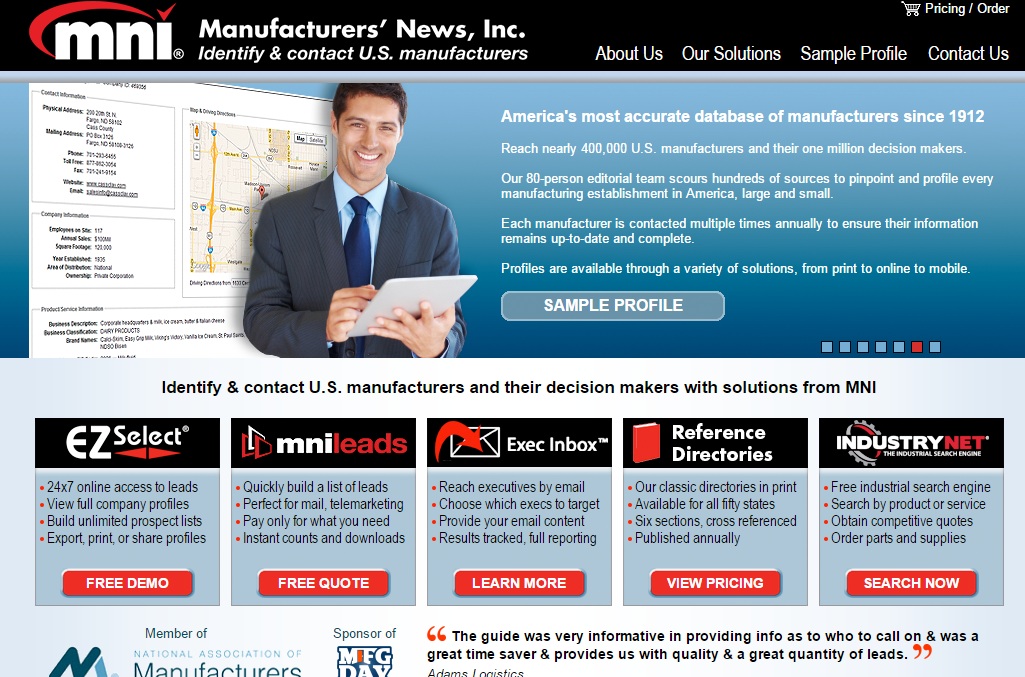 EVANSTON, Ill. — Manufacturing employment increased in Michigan for a fourth straight year, according to the 2015 Michigan Manufacturers Directory, an industrial database and directory published by Evanston, Ill.-based Manufacturers’ News Inc.

According to data collected by MNI, Michigan manufacturers added 14,089 jobs from February 2014 to February 2015, an increase of 2.1 percent, ahead of the 1.7 percent national average increase reported by the Labor Department for the same time period.

Manufacturers’ News reports Michigan is now home to 13,915 manufacturers employing 675,400 workers. Industrial employment in Michigan has climbed 8.3 percent since February 2011, recovering 40 percent of jobs lost during the recession, and overtaking the nation’s 5.8 percent rate of growth over this 4-year time frame.

“Michigan’s industrial base has achieved a remarkable turnaround following the recession’s steep losses, particularly in the all-important auto sector,” said MNI president Tom Dubin. “The Big Three continue to expand in the state and investment programs such as the Michigan Strategic Fund have helped fuel start-ups and innovation. Tesla’s announcement last week that it will establish a manufacturing presence in Michigan is a definite boon to the state.”

According to Manufacturers’ News, employment gains were led by the transportation equipment sector, which climbed 2.4 percent over the year, and 8 percent over the past four years, ranking first in the state for industrial employment with 133,278 jobs.

MNI reports Grand Rapids posted a 4.7 percent increase over the year. Manufacturing employment declined 3.5 percent in Detroit, but rose in the Detroit suburbs, with jobs in Warren up 8.9 percent, Auburn Hills up 3.5 percent and Sterling Heights up 2.2 percent.

More at www.manufacturersnews.com/news. MNI has been surveying industry since 1912.