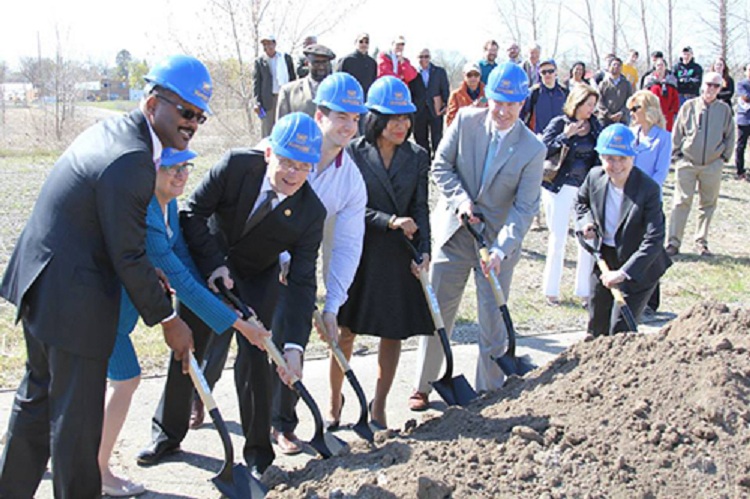 The $2 million gift from the GM Foundation will enable Kettering to construct the General Motors Foundation Automotive Research Area, an automotive proving ground. It will be built on a 19-acre parcel of land at the corner of Chevrolet Avenue and Bluff Street, the former site of a GM Chevrolet plant.

The $2 million gift from GM will allow Kettering to build a new powertrain lab in the C.S. Mott Science and Engineering building.

Kettering officials say the proving ground will create new hands-on learning opportunities for students, and give the university new potential to attract industry partners for research projects. The lab, meanwhile, will include new equipment and offer further hands-on learning.

An equipment donation from General Motors earlier this year will provide machinery for both the powertrain lab and the machine shop in Kettering’s FIRST Robotics Community Center.

Kettering president Robert McMahan said the proving ground “will also serve as a model for creative redevelopment of brownfields and industrial land nationwide and a great symbol of the continued turnaround in the city of Flint.”

The GM Foundation Automotive Research Area will also connect to a Flint city project, “Chevy Commons,” on the former Chevrolet plant site. The project, which began this spring, will convert the property into parkland, with natural areas and trails.

“As people travel campus from the new I-69 corridor from Hammerberg Road, passing the newly opened Powers Catholic High School and new Michigan School for the Deaf buildings approaching Kettering, the first sight they’ll see is an incredible vehicle testing and research facility,” McMahan said. “The support from the General Motors Foundation and General Motors is fitting because their history is so closely aligned with Kettering University’s legacy as the former General Motors Institute. These projects will ensure that legacy endures and flourishes while helping produce some of the finest engineers in the industry.”