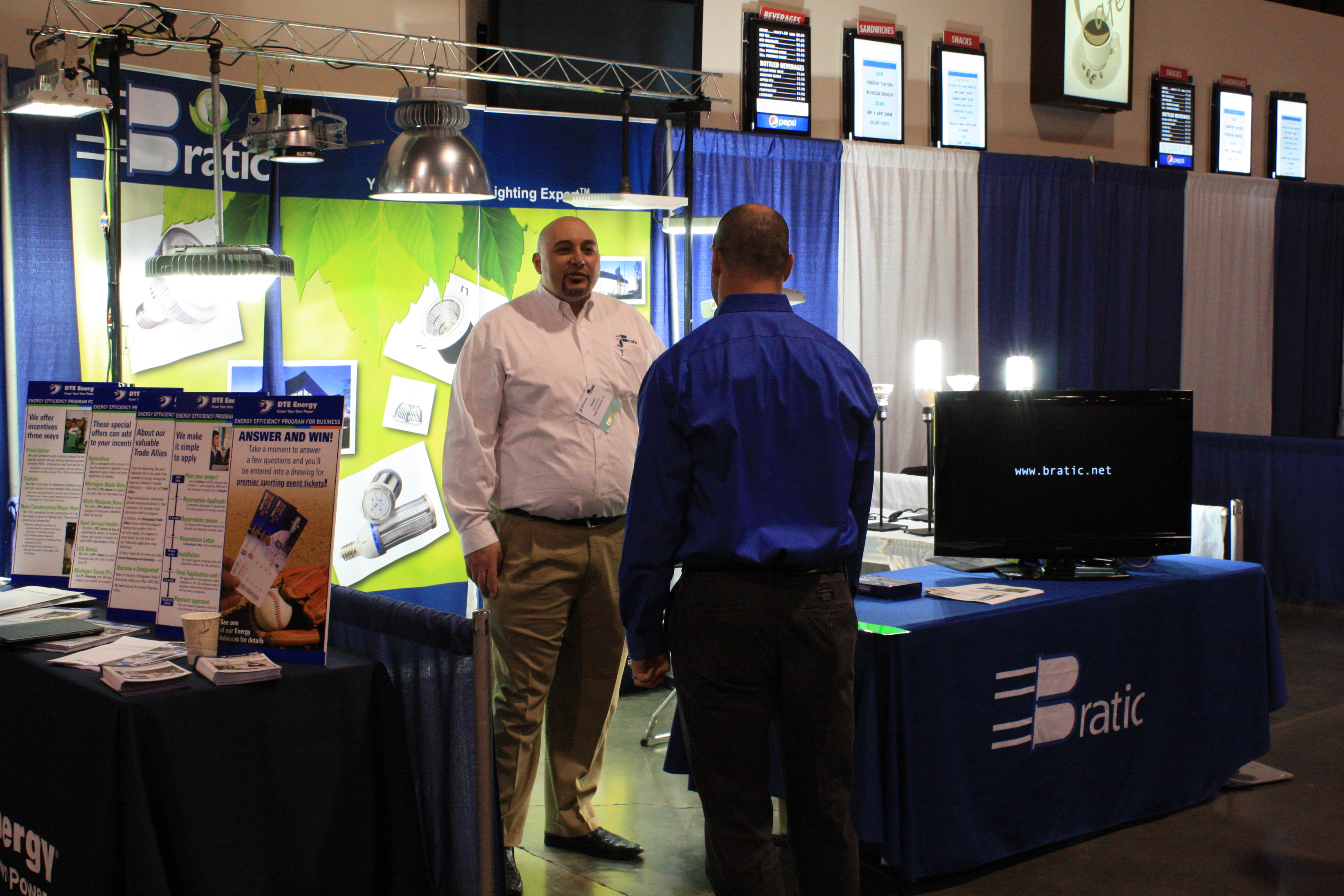 NOVI — The title of Spencer Sator’s opening presentation at the 2015 Energy Conference and Exhibition was “Five Emerging Technologies You Don’t Want To Miss.”

Well, it was really more like seven or eight, but who’s counting?

Sator, senior manager of emerging technology at Boulder, Colo.-based E Source — which Sator described as “like Consumer Reports for utilities” — said massive changes and improvements are afoot in heating, cooling and lighting technology that will both save energy and improve the livability of homes, offices and factories around the world.

First, Sator said, is something called dynamic airzone balancing. Problems in balancing airzones in a building, Sator said, result in a problem millions are familiar with — “having a freezing cold conference room but uncomfortably hot cubicles” within a few feet of each other.

A startup company called 75 Fahrenheit has created a new system of motorized dampers within ductwork that are connected to thermostats via Internet connections. For the first time, every room will have virtually instantaneous temperature control without having to call maintenance to manually adjust dampers. That should both save money and improve producitvity, Sator said.

Next was “Forget LEDs — OLEDS are here now (and sexy).” There’s been a massive switch to LED lighting in recent years, but Sator said the new thing is organic LEDs. Their major advantages over electronic LEDs? “They’re a totally different form factor for lighting,” Sator said. “They’re paper thin sheets of diffuse light that you can stick basically anywhere. They’re flexible. You can make wallpaper out of this stuff. You can make paint out of it — paint
a wall with organic LED and run a current through it and the wall will glow.”

The drawback? They’re not as efficient as LEDs — 20 to 40 lumens per watt.

Early applications of OLED technology, Sator said, are likely to be
architectural, hospitality and retail — just like LEDs were a few years ago.

First is a new heat sink, the first real improvement in heat sink design since the 1960s, with two nested plates of fans replacing a rotating fan blowing hot air onto a diffuser. The new design improves fan efficiency, reduces heat sink fouling, and allows data center operators to boost the speed of processors without overheating them.

Also improving the efficiency of data centers, Sator said, are increased use of solid state memory and liquid cooling of servers.

Finally, Sator discussed a new building sealing technology that is being used in residential applications, but which Sator said predicted would soon move to commercial applications.

Basically, it’s a sealing fog that replaces caulk or other manual building sealing technologies. Builders place tape over areas they don’t want sealed, pressurize the inside of the building, and release a fog of sealer that finds its way into all cracks, nooks and crannies — sealing buildings tighter than ever before. In one test, Sator said, the technology took a 500-square-foot apartment from eight air changes per hour to two.

More about E Source at www.esource.com.

In later sessions at the conference:

* Andy Levin, president of Lean & Green Michigan, described how the PACE (Property Assessed Clean Energy) financing program works for energy improvements on commercial buildings. Essentially the program prompts banks to provide fixed-rate, 20-year financing for energy efficiency improvements by turning the debt into a tax lien on the property, providing additional security to the bank. Twelve counties and five municipalities representing 48 percent of Michigan’s population have signed up for the program, including the counties of Bay, Eaton, Huron, Genesee, Grand Traverse, Ingham, Kalamazoo, Macomb, Montcalm, Saginaw, Washtenaw and Wayne, and the cities of Ferndale, Pleasant Ridge, Rochester Hills, Royal Oak and Southfield. The Michigan Public Service Commission’s rented quarters in Lansing are a PACE project that will generate more than $720,000 in savings out of a $480,000 investment in LED lighting, solar power and variable speed furnace motors. Levin said $50 million in Michigan projects are in the pipeline, and support for the program cuts across party lines and urban and rural areas. More at www.leanandgreenmi.com.

* Keynote speaker Christopher B. McGill, vice president of policy analysis at the American Gas Association, presented a keynote on the explosive growth of natural gas supplies and use in the United States. Natural gas prices have tumbled, and despite two straight brutal winters, supplies are steady and proven reserves are growing. McGill said natural gas is replacing coal for power generation in the U.S., making for cleaner energy. And he said none of this would be possible without the sometimes controversial practice of hydraulic fracturing, or fracking, the forcing open of fissures in underground rocks with high-pressure liquids, resulting in the extraction of gas and oil.