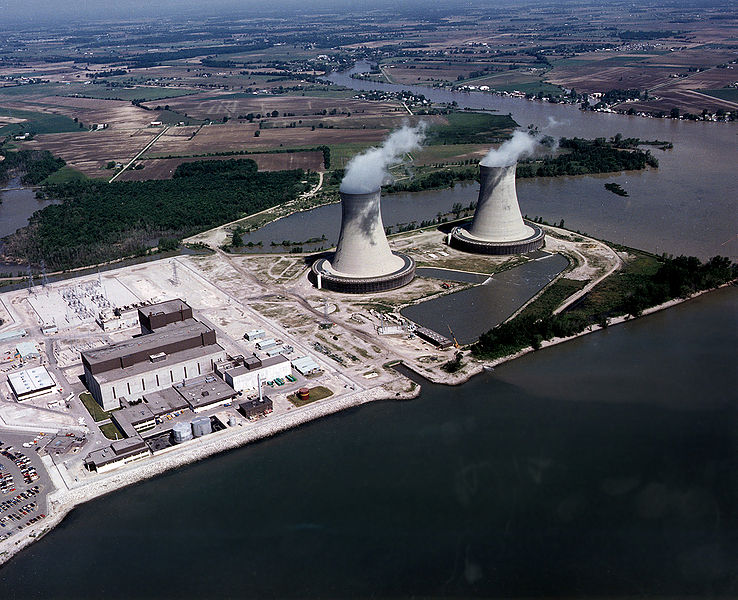 But the Detroit-based utility says it doesn’t plan to just yet.

The Nuclear Regulatory Commission has approved a license for DTE to build and run a nuclear plant on the site of the existing Fermi 2 Nuclear Power Plant in Newport.

But DTE spokesman Guy D. Cerullo said that the company has “not committed to building the new plant, but will keep the option open for long-term planning purposes.”

In the near term, Cerullo said, DTE wil rely on natural gas-fired generators and renewables to meet the demand for energy among its 2.1 million Michigan customers. Cerullo noted that in the next few years, DTE plans to close “several older coal-fired plants due to federal environmental regulations and age of the plants.”

Cerullo said the eventual decision whether or not to build Fermi 3 would depend on “multiple factors … carbon regulation, future customer demand in Michigan, an appropriate cost structure,” and others.

Steven Kurmas, DTE Energy president and COO, said in a statement: “With this license, DTE Energy now possesses the most diverse, comprehensive slate of options to plan for Michigan’s energy future. The potential of additional nuclear energy gives us the option of reliable, base-load, generation that does not emit greenhouse gases.”

The Newport site currently houses Fermi 2, a 1,140-megawatt nuclear plant that opened in 1988.

NRC approval caps a six-year process. DTE has identified the GE Hitachi ESBWR (Economic Simplified Boiling Water Reactor) as the unit that would be built on the site. The ESBWR is an advanced design that the NRC certified in November 2014.

GE also issued a statement congratulating DTE on the license and touted the safety features of the reactor. GE said it can cool itself for more than seven days with no on-site or off-site AC power or operator action, uses approximately 25 percent fewer pumps and mechanical drives than reactors with active safety systems and offers the lowest projected operating, maintenance and staffing costs in the nuclear industry on a per-kilowatt basis.

The new reactor is being eyed for sites in Virginia, as well as in Brazil, India, Poland, Saudi Arabia, South Africa, Sweden, Vietnam and others.

GE Hitachi Nuclear Energy is based in Wilmington, N.C.