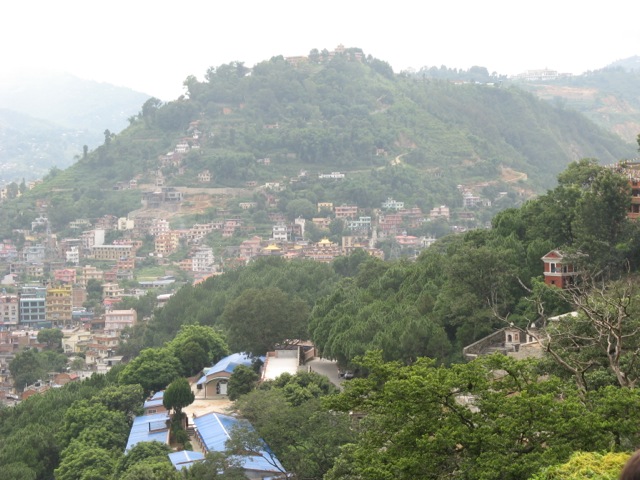 HOUGHTON — Getting relief supplies to millions of survivors of the Nepal earthquake will be a challenge due to the region’s rugged terrain and poor road network, according to a Michigan Technological University earthquake expert who visited the country in 2010.

Dr. Wayne D. Pennington, dean of MTU’s College of Engineering, also said that if there’s any surprise in Saturday’s earthquake, “it’s that there wasn’t as much damage as people had feared” there would be.

Pennington visited Nepal with the U.S. Army Corps of Engineers as part of an international meeting of disaster planners “to make sure they could coordinate and organize in response to a major earthquake like this. I would presume that some of the people in that meeting are now at work doing this.”

Pennington said Nepal is an active earthquake zone, since it’s at the junction of two of earth’s land masses — that’s what created the Himalayas, which stretch 1,800 miles through India, Pakistan, China and Nepal. “There’s a lot of earthquake activity there, and everybody was expecting an earthquake of this size or larger,” Pennington said.

For that reason, Pennington said many Nepalese buildings “have been improved, and that may be one reason the death toll isn’t as high as it might have been.”

United Nations officials told the New York Times that about six million people live in the area affected by the quake. The current official death toll as of late Monday afternoon Eastern time was about 3,200.

Pennington said the magnitude 7.8 earthquake “is extremely large. I have experienced that myself. I was at the epicenter of a 7.7 earthquake in southern Mexico in 1979. That is a huge earthquake and horrifying to go through.”

The relief response, Pennington said, “will be very difficult. There’s no heavy equipment. Most of the buildings are cement or stone, so it’s not easy to move the rubble without equipment. I was involved in a big earthquake in northern Pakistan in 1974, and the only way in for that was helicopters when the weather was good. And once I did get in, the only way out was to walk, on extremely steep mountainous trails and paths, and it’s something like that in many places in Nepal.”

According to the New York Times, the United States, India and China have all initiated major relief efforts. It’s considered a race against time to get people shelter, because monsoon season starts in the country in June.

Pennington earned his bachelor’s degree in geology and geophysics from Princeton University in 1972, a master of science in geophysics and geology from Cornell University in 1976, and a Ph.D. in geophysics and geology from the University of Wisconsin in 1979. A Minnesota native, he has split his career between seismology research for the oil industry and earthquake seismology, which he said “use the same arithmetic and mechanical models.” He joined Michigan Tech’s faculty in 1994 and became dean of the engineering college in 2013. Pennington is a former president of the American Geological Institute and first vice president of the Society of Exploration Geophysicists. He was a Jefferson Science Fellow at the U.S. State Department and the U.S. Agency for International Development. He has published more than 30 peer-reviewed papers and coauthored a book with his students.

0 thoughts on “Relief For Nepal Earthquake Will Be Tough, Michigan Tech Prof Says”