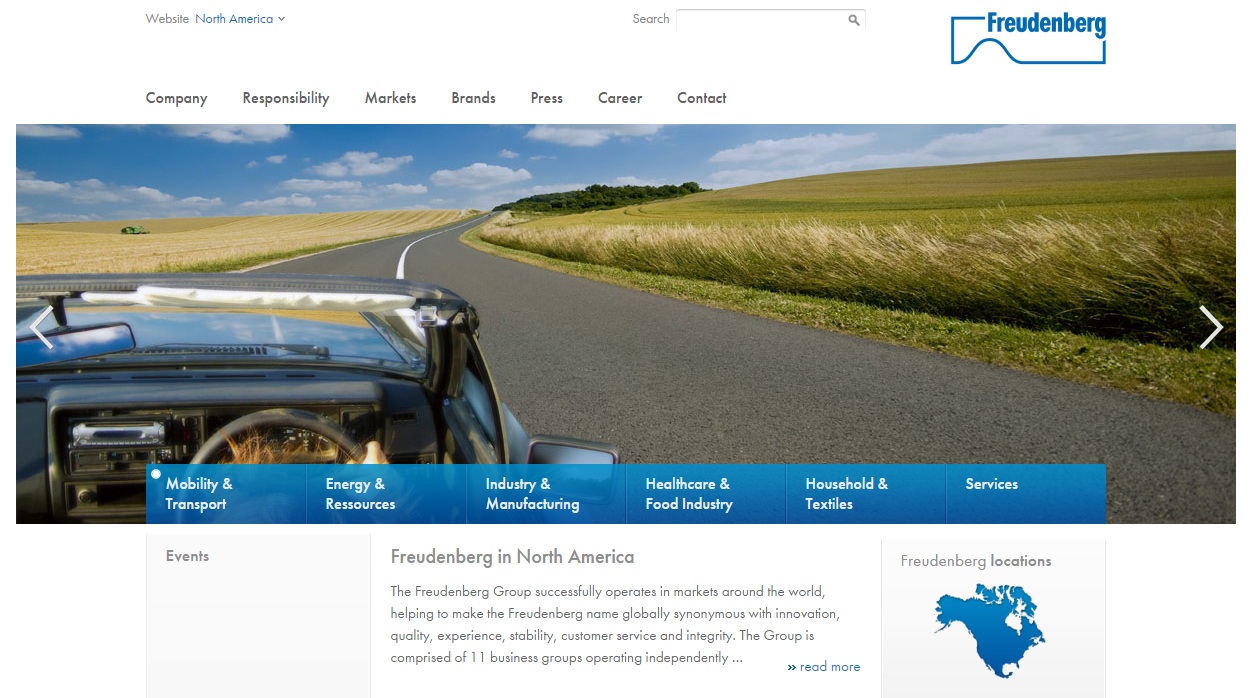 Freudenberg supplies products and services to the automotive, aerospace, medical, oil and gas and construction industries. The company also produces many household and cleaning supplies. In addition, its IT business group provides software solutions and technology services to small and medium-size enterprises. Ten of Freudenberg’s 11 business groups are active in North America.

In 2014, the company made a combined investment in the United States, Canada and Mexico of about $105 million, consistent with annual investments in previous years. Included in this investment was the expansion of production capacity, new facilities or upgrades to existing sites as well as mergers and acquisitions.

“We will continue investments at this level in 2015,” Evans said.