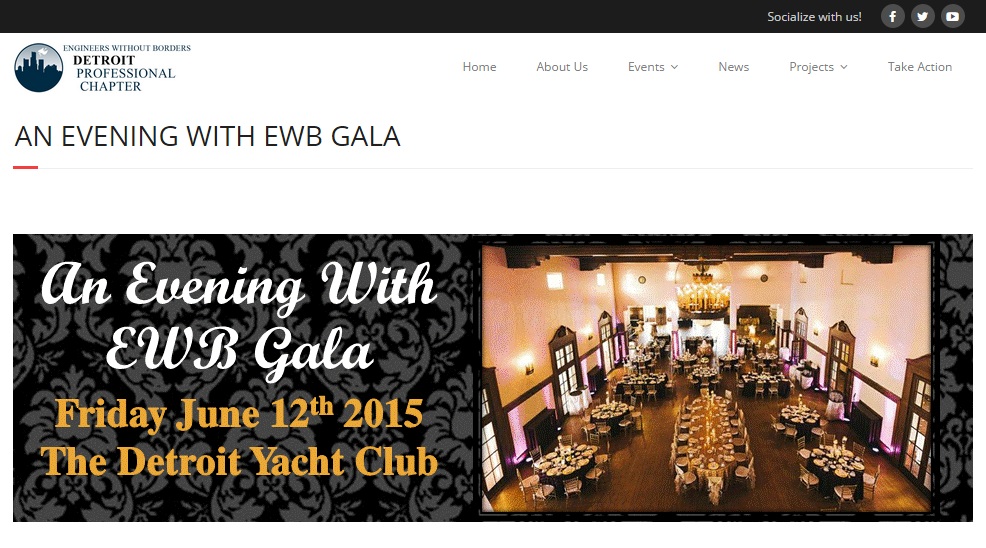 DETROIT — Engineers Without Borders’ Detroit Professional Chapter is sponsoring a gala, “An Evening With DWB,” Friday, June 12 at the Detroit Yacht Club on Belle Isle.

Proceeds of the event, which is black-tie preferred, will fund the chapter’s drinking water and sanitation projects in Laguna de Apoyo, Nicaragua, a community affected by drinking water that is contaminated with arsenic.

The guest speaker for the event is Dr. Ann Marie Sastry, CEO of the innovative Ann Arbor-based battery maker Sakti, a spinout of University of Michigan research. Prior to leading Sakti, Dr. Sastry was the Arthur F. Thurnau Professor of Engineering at UM. She has received several of the highest technical honors in her field, including the 2011 ASME Frank Kreith Energy Award, which honors individuals for significant contributions to a secure energy future. Dr. Sastry has co-authored over 70 awarded and filed patents, over 100 scientific publications, and delivered over 100 invited lectures at research, government and private institutions globally.

Tickets for the event are available at this link. http://ewb-detroit.org/events/gala. The ticket price includes valet service, hors d’oeuvre, two drink tickets, a three-course dinner, and entertainment. The event will also feature a fundraising silent auction.