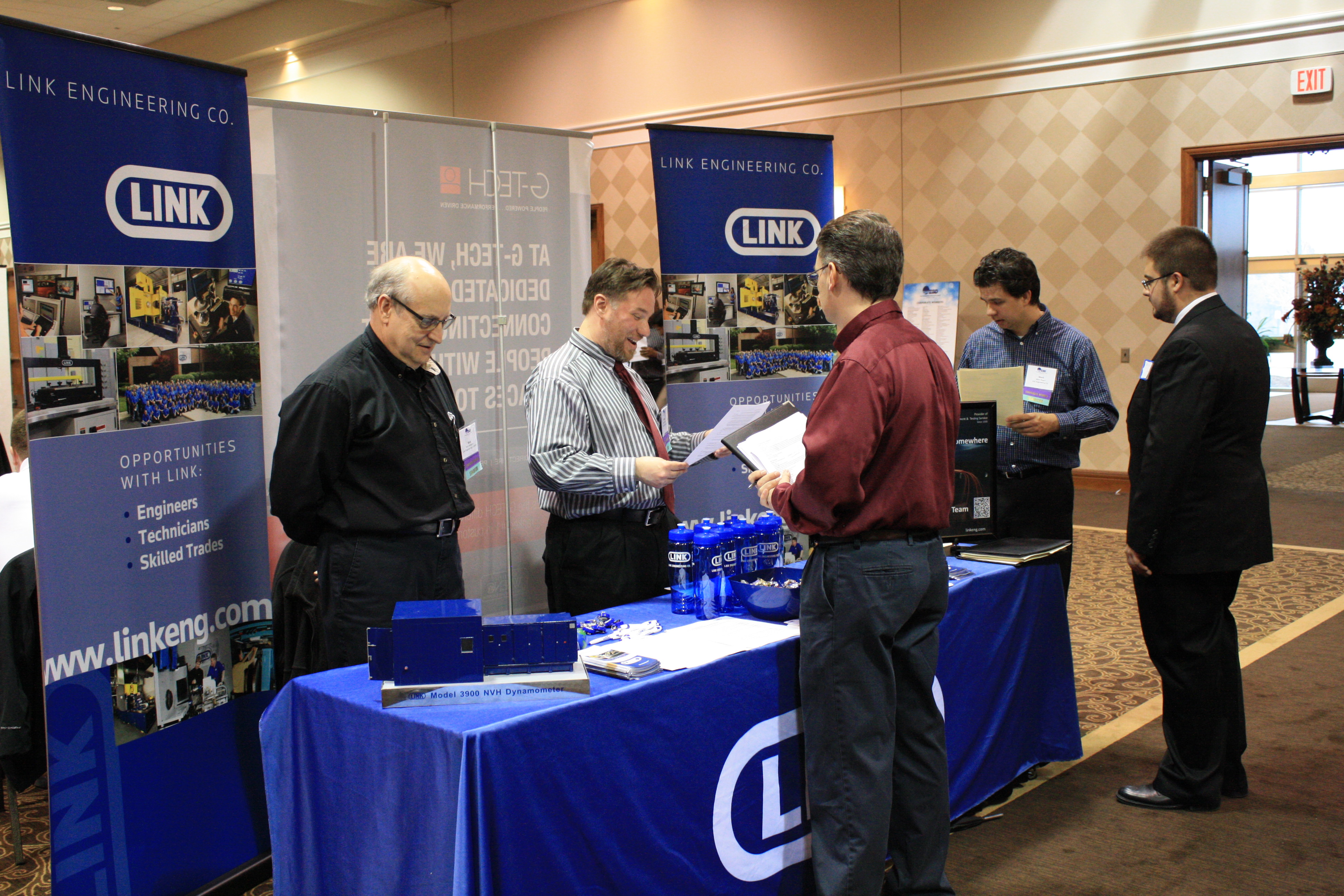 ESD officials said attendance by jobseekers was up by more than 50 percent from the spring 2014 job fair. And employers in attendance said they were pleased by both the turnout and the quality, education and qualifications of the jobseekers.

Yes, there’s an engineering talent shortage, they said — but the ESD Job Fair is one great way to solve it.

At the booth of Fujitsu Ten Corp. of America, recruiter Steven Martin said he was “overwhelmed” by the quantity and quality of applicants. He said he found several strong candidates for positions in the automotive infotainment provider’s electrical, software and quality engineering operations, as well as candidates for summer internships.

Troy-based Kugler Maag Cie North America reported finding several strong applicants for its operations in automotive safety and software — even though its requirements are tough, requiring seven to 10 years’ experience in mechanical and systems engineering.

Contract staffing firms also had a field day at the event. One such company, Gonzalez Contract Services, says it collected more than 100 resumes from qualified candidates for project and permanent positions in controls, industrial and mechanical engineering.

Plymouth-based Plastipak Packaging said it found a “good flow of applicants” for openings in mechanical and electrical engineering.

And the DTMB’s Omas Fregene praised the Job Fair as a source for project managers and Java developers for the state’s IT systems.

MDOT officials reported harvesting half a dozen openings for civil engineers at the state agency.

HR staffers with Jervis B. Webb, the Farmington Hills material handling firm, said they didn’t have any immediate openings — but attended the Job Fair anyway to “stack up inventory” for when there are openings.

ESD’s next job fair will be this fall, Nov. 16, at Suburban Collection Showplace in Novi. More at www.esd.org.

For a photo gallery from Monday’s Job Fair, visit this link.