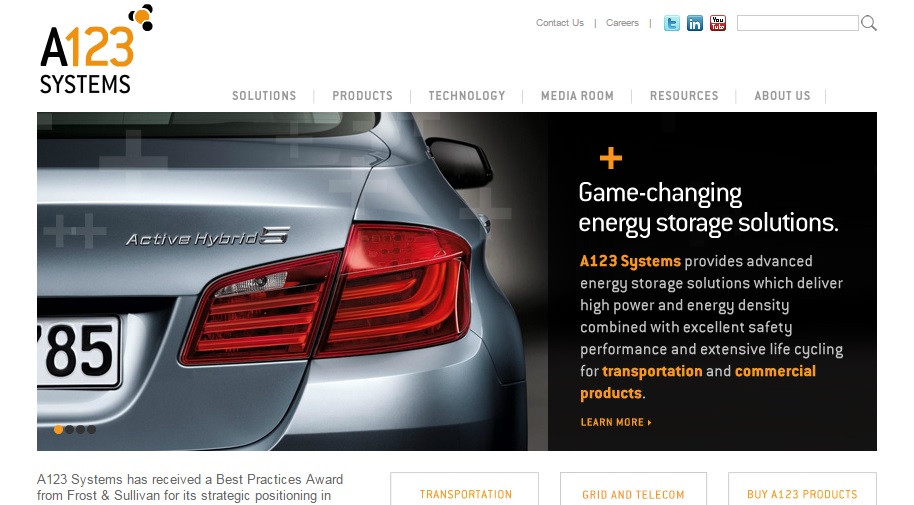 LIVONIA — The Livonia battery developer A123 Systems LLC Tuesday announced the introduction of its most advanced 12-volt starter battery in its Li-Start product line, with the automotive micro-hybrid market as the target.

Micro-hybrids are gasoline powered vehicles that shut off their engines at brief stops in traffic and store electricity from regenerative breaking systems. A123 says the systems offer up to 10 percent fuel economy and emissions gains at a modest cost, and are migrating from performance and luxury vehicles to the mainstream market, particularly in Europe.

A123 began production of its original starter battery design in 2011 and now enjoys supply relationships with five different vehicle manufacturers in Europe, with the majority having already launched vehicle production. The company continues to invest to meet the increasing market demand and is currently expanding production capacity for its starter battery product line.
“We developed a solution that sets a global benchmark for starter battery performance by focusing engineering effort on this market,” said A123 CEO Jason Forcier. “Based on these outstanding technical accomplishments, we anticipate extending our low voltage market leadership in the years to come.”

A123 is a subsidiary of China’s Wanxiang Group.

0 thoughts on “A123 Claims Breakthrough In Micro-Hybrid Batteries”