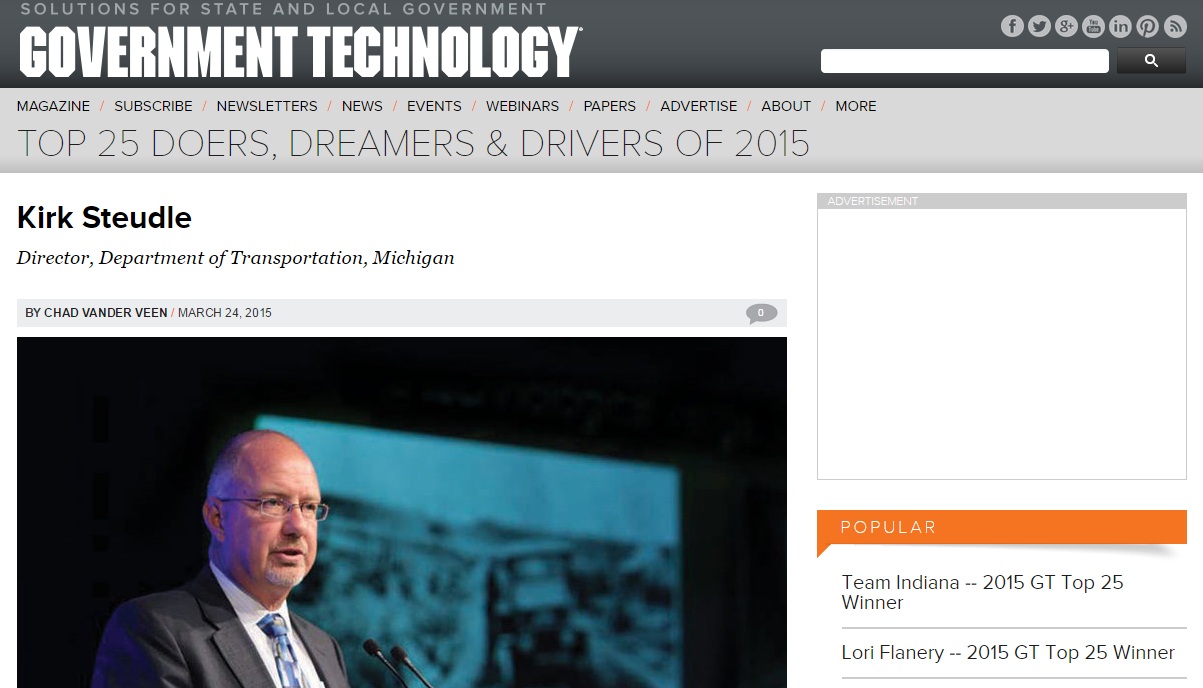 SOUTHFIELD — Kirk Steudle, PE, director of the Michigan Department of Transportation, has been named to the list of “Top 25 Doers, Dreamers and Drivers” by Government Technology magazine.

Steudle is a member of the Board of Directors of The Engineering Society of Detroit, as well as a Member of its College of Fellows.

The magazine also cites Michigan’s efforts to deploy vehicle-to-infrastructure communication on more than 120 miles of metro Detroit roads. The project is a partnership between the state, General Motors, Ford and the Mobility Transformation Center at the University of Michigan.

Steudle is a graduate of Adrian High School and Lawrence Technological University, where he earned a bachelor of science degree in construction engineering. He joined the MDOT in 1987 and became state transportation director in 2006.