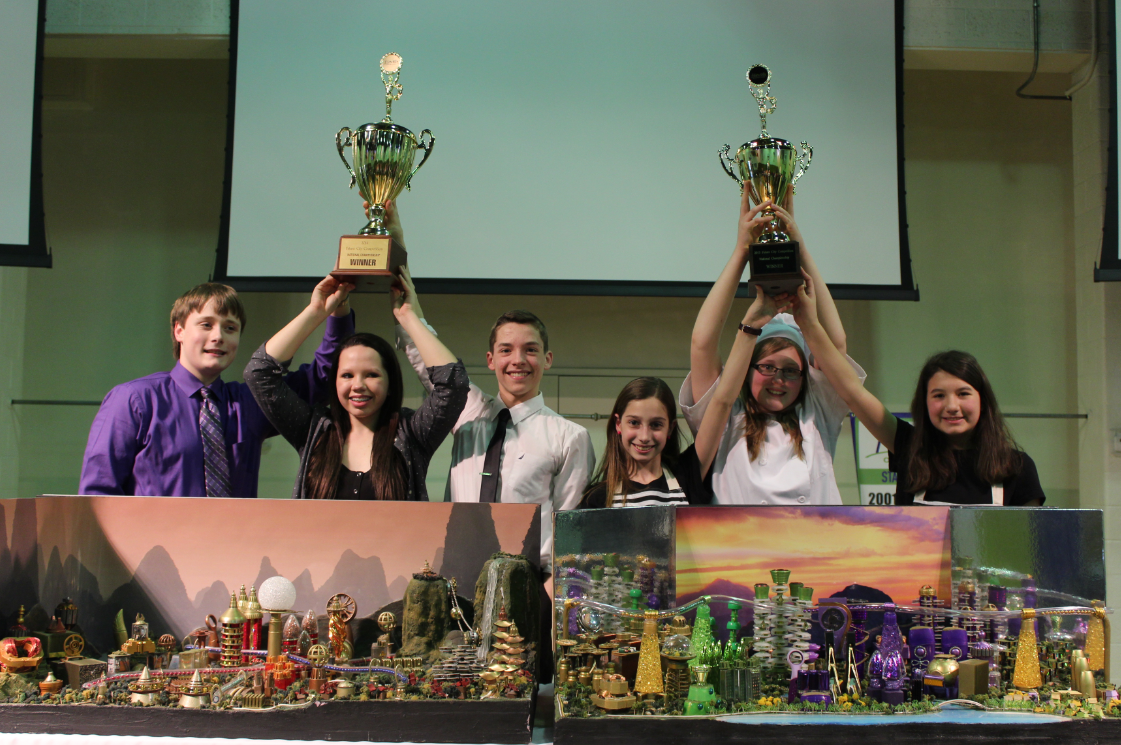 ROCHESTER — It was all smiles Friday as St. John Lutheran School celebrated its unprecedented second straight national championship in the Future City competition, presented in Michigan by The Engineering Society of Detroit and nationally by the engineering promotion group DiscoverE.

Bishop and Patterson remarked that the presentation gave them hope for the nation’s future in science and engineering. And Magee pointed out that while only 14 percent of today’s engineers are female, St. John’s all-girl presentation team “is going to change that trajectory.”

The school also unveiled championship banners that will hang from the rafters of St. John’s gym to commemorate the achievement.

St. John has now won six out of the last seven Future City state championships and has six top-five national finishes to go with its two straight national titles.

Future City gives sixth, seventh and eighth graders the opportunity to engage in Science, Technology, Engineering and Mathematics (STEM) activities — and then apply those activities to real-world problems. Students create and build a city set 150 years in the future that’s organized around a central theme. The theme changes every year to keep the competition fresh. This year’s theme is “Feeding Future Cities,” an urban agriculture challenge, in which students were asked to pick one vegetable and one protein product and grow enough of them within the city limits to feed their city’s population.

In St. John’s case, this year’s winning city raised chicken (more efficient to produce than beef) and grew sweet potatoes, high in many nutrients. The presentation setting was an imaginary cooking contest, in which participants described a high-tech agricultural production system that used sweet potato waste to feed the chickens and made use of high-pressure hypberbaric chambers to produce more food.

In all, 40,000 middle school students from 1,350 schools nationwide participated in the 2014-15 Future City Competition. Teams from 37 middle schools and organizations, each a winner of regional competitions held throughout January, participated in the Future City National Finals, which took place Feb. 16-17 at the Capital Hilton in Washington, D.C. as part of National Engineers Week.

Following are pictures of Friday’s assembly: