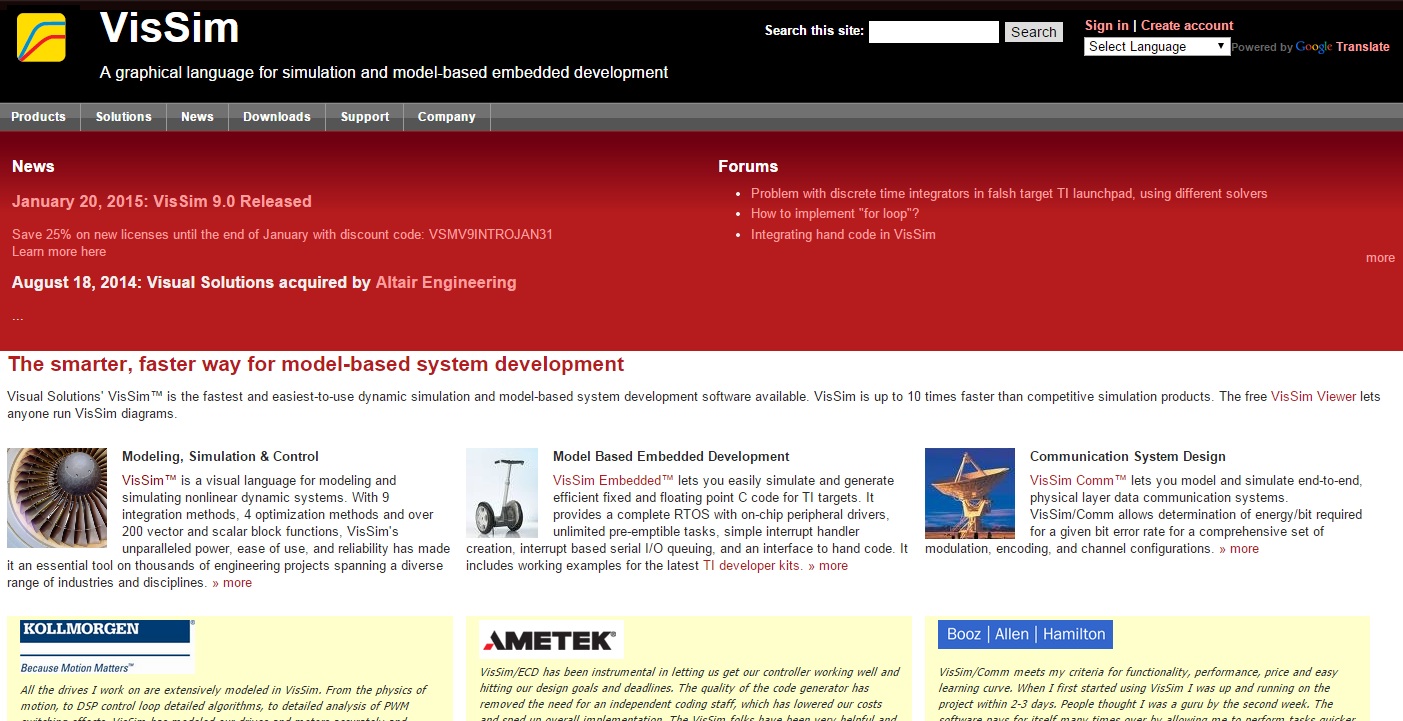 The company says the new software improves its speed of operations and offers new features, including new ways to program motors and faster plotting of complex diagrams.

Beta customers have praised the new version. “Throughout my career I have depended on one particular tool, VisSim, to provide the tools necessary to realistically simulate dynamic systems,” said Mike Borrello, principal controls engineer at Philips Healthcare. “As a beta user from the beginning, I can say that VisSim 9.0 is every bit as stable as 8.0 while providing some great new features and increased functionality that make building models much easier.”

By adding VisSim to its portfolio, Altair extended its math and systems capability beyond multiphysics modeling and simulation to include embedded software, controls, and chemical reactions. A visual language with automatic C-code production makes embedded software creation simpler and more accessible to control engineers.

Model-based systems engineering creates a complete functional and architectural systems definition of a problem, integrating the domains of embedded software, controls, electronics, and mechanical design. An advantage of this approach is that it allows engineers to link system requirements to design elements, facilitating full design traceability and verification.

“This is the first release of VisSim since the acquisition of Visual Solutions by Altair in August 2014,” said Peter Darnell, senior vice president of embedded systems at Altair. “By leveraging Altair’s impressive software resources, VisSim 9.0 is the fastest, most robust release yet. I’m also really excited about the new features like edit-in-place, the interactive block finder, and our synchronous JTAG HotLink, which enables Processor-in-the-Loop testing.”

For more information about how VisSim can support embedded development, please visit www.altairhyperworks.com/vissim_9.0.