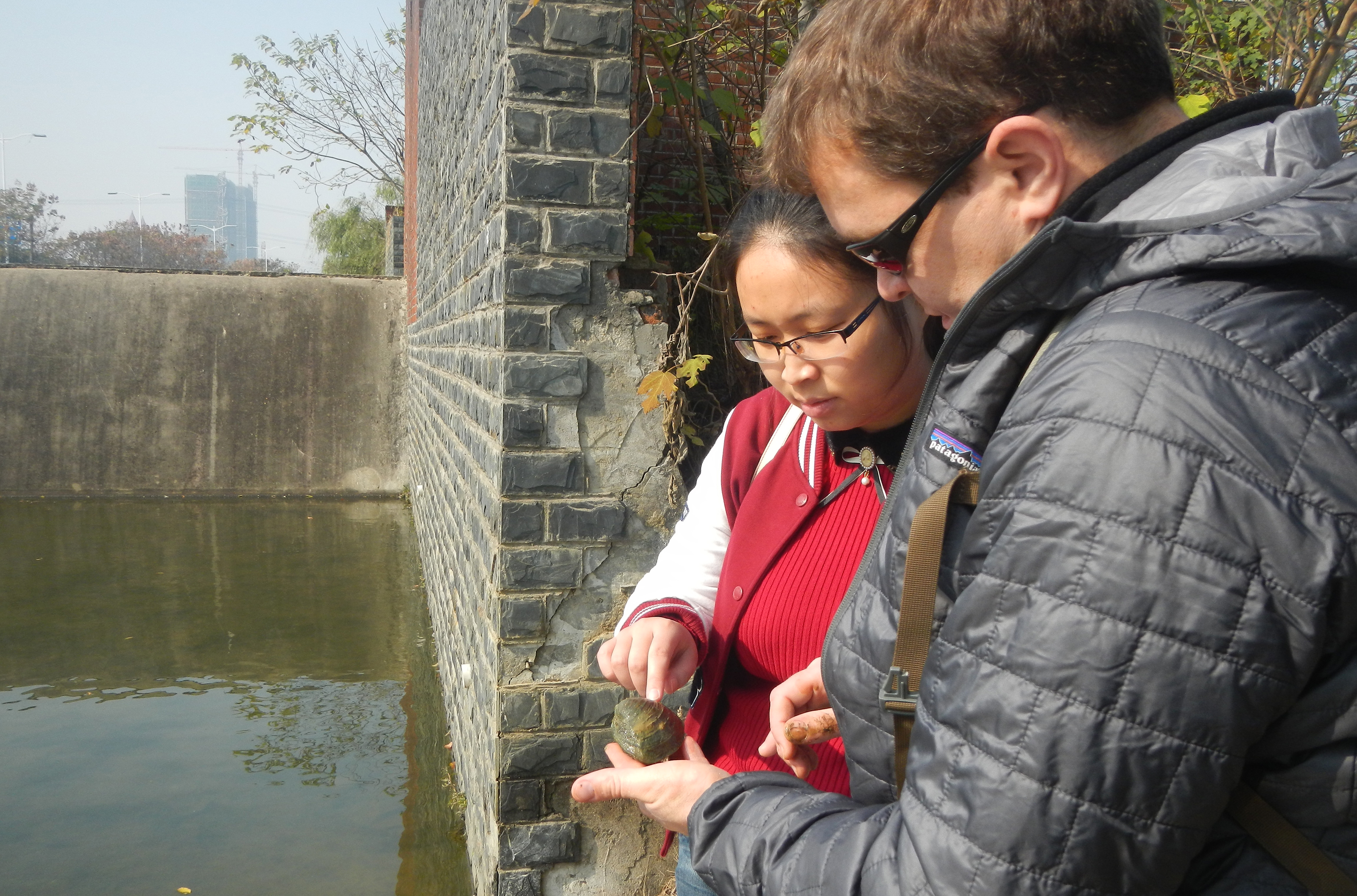 Bin Li, CMU geography professor and leader of the collaboration, said the trip was an investment in creating opportunities for students and building research relations with Jiangxi Normal University.

“Similar to the Great Lakes, Poyang Lake is facing many ecological challenges but also has unique characteristics,” Li said. “This international partnership provides opportunities for CMU students to have a global impact — they can learn a different culture, conduct research in a foreign country and contribute to established ecosystems research that can be applied around the world.”

Donald Uzarski, Institute for Great Lakes Research director and professor of biology, is the CMU administrator of a $10 million grant from the U.S. Environmental Protection Agency’s Great Lakes Restoration Initiative. He leads a research team at CMU that is detecting, tracking and mapping the spread of invasive species in the great Lakes coastal wetlands ecosystem.

“Poyang Lake’s ecosystem is suffering from many of the same issues as the Great Lakes, but at a much larger magnitude,” Uzarski said. “The Chinese have similar issues of pollution, invasive species, habitat degradation and extremely low water levels.”

Poyang Lake provides the winter habitat for migrating Siberian cranes, a threatened species. The lake connects to the Yangtze River, the largest river in China, and during the wet season when the river backs up, the lake floods. As a result, Poyang Lake water levels can fluctuate between 30 to 40 feet each year and produce expansive coastal wetlands that provide the cranes’ habitat.

“My lab is working with Chinese scientists to build mathematical tools to monitor the wetlands’ health and pinpoint causes and solutions when degradation occurs,” Uzarski said. “We are essentially reconstructing our current $10 million Great Lakes project at Poyang Lake on a much smaller scale.”

“Despite Poyang Lake’s small volume, it ranks high when it comes to diversity and contains more than 40 species of mussels, compared to the approximate 20 species found in Michigan lakes,” Woolnough said. “The mussels in Poyang Lake are related to mussels found in the Great Lakes, which gives us the opportunity to see many unfamiliar species.”

She said the fluctuation of water levels at Poyang Lake and the changes it causes is an opportunity for CMU researchers to analyze and apply their findings and study how changes in water levels would affect Great Lakes mussels, albeit on a much larger scale.

“We used much of the same equipment in China as we use at CMU,” Hewitt said. “Even though Poyang Lake and the Great Lakes are different, scientists share similar concerns, and there is great potential for research opportunities for graduate students.”

Poyang Lake and its connecting rivers also contain a type of freshwater snail that causes a serious disease known as Schistosomiasis, also known as “snail fever.” It is transmitted and spread to humans by contact with contaminated freshwater inhabited by snails carrying the Schistoma parasite.

During their visit, Woolnough and IGLR researchers worked with faculty at JNU to help identify the snails and in the process found a mussel species native to China called the golden mussel, or Limnoperna fortunei. Considered a potential invasive species and smaller than the zebra mussel, it alters the nature of the sediment at the bottom of lakes.

“It is really exciting to see how research in our lab parallels with research going on in China,” she said. “Most people don’t necessarily understand why snails and mussels are important but a high diversity of them corresponds to a high diversity of fish. Fish are important as sport and recreation to Americans and as food and sustenance to the Chinese. We may have different reasons but we really share the same issues.”

CMU has more than 20 faculty involved in the Institute for Great Lakes Research, supported by laboratories in Mt. Pleasant and at the CMU Biological Station on Beaver Island. A $95 million Biosciences Building due to be completed in 2016 will provide enhanced laboratories and other support for faculty and student research and classes.