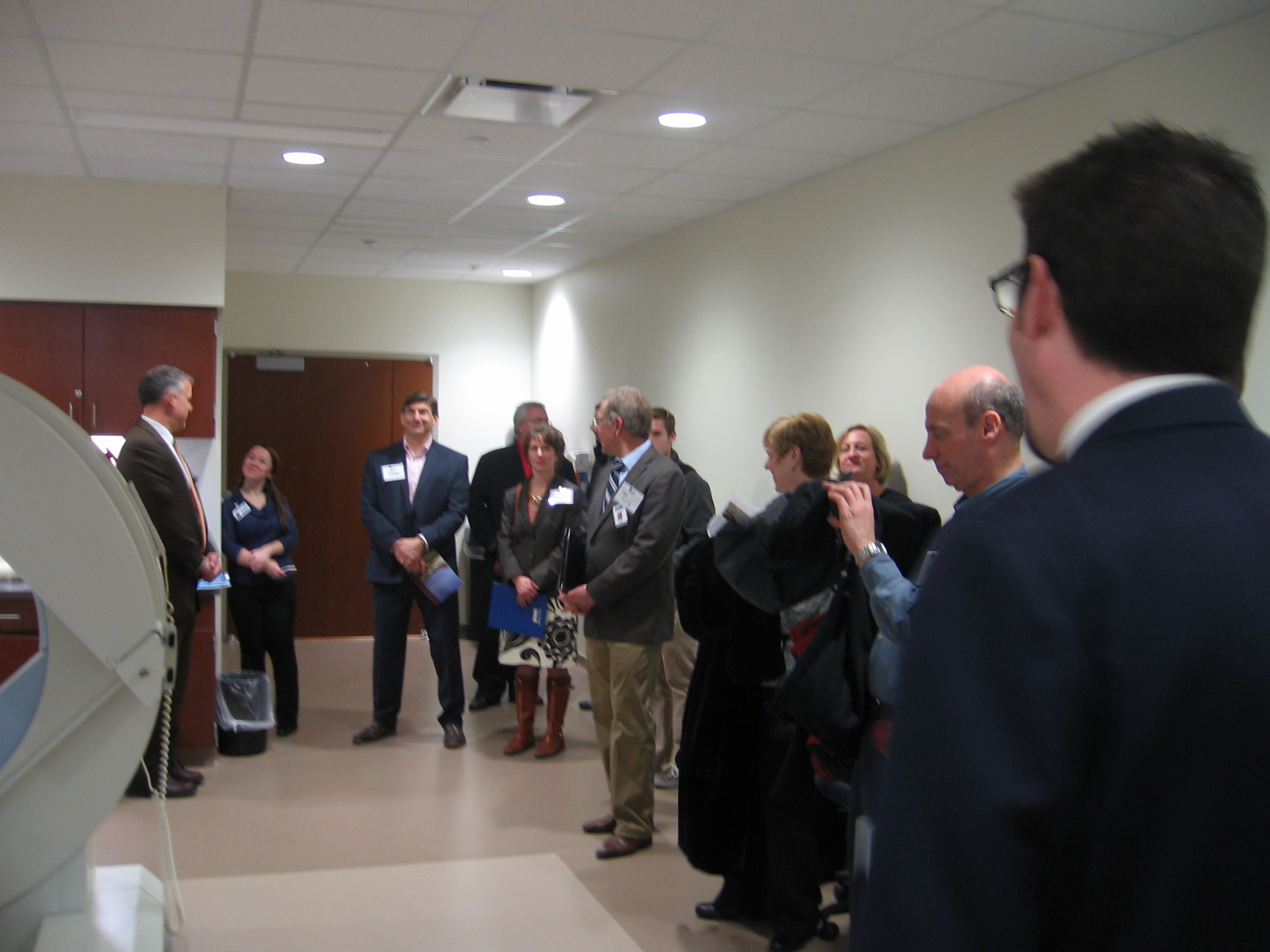 DETROIT — The new heart of Detroit got a close inspection from members of The Engineering Society of Detroit March 4, as an ESD Tour viewed the new Detroit Medical Center Heart Hospital.

The tour started with a look at the massive new backup power center that was part of the $68 million project, which includes four 1.5-megawatt diesel generators and enough fuel for four days, along with a massive, 40,000-gallon water tank for the hospital’s fire suppression system.

The tour continued through the new patient procedure areas of the hospital, both invasive and non-invasive. Then it was on for a look at the hospital’s mechanical floor, where massive new heating and cooling systems are located.

The tour ended on the new hospital’s sixth floor, where members enjoyed a spectacular view of both the Detroit skyline and the Brush Street parkway between the various hospitals of the Detroit Medical Center.

The first level houses diagnostic and therapeutic cardiac catheterization, where DMC has already achieved a standard of 45 minutes from admission to procedure to open blocked coronary arteries — half the national average.

The second level includes noninvasive cardiology, including nuclear medicine, where short-lived nuclear isotopes and cameras sensitive to their radiation are used to create detailed images of what’s going on deep inside the heart.

For more on other upcoming ESD tours, visit the Upcoming Events section of www.esd.org. Upcoming tours include the Michigan Cyber Range in Ann Arbor on Thursday, March 12; the University of Michigan’s M City Mobility Transportation Center in Ann Arbor April 23; and Leader Dogs for the Blind in Rochester May 14.

Below are photos of the ESD tour of the DMC Heart Hospital.