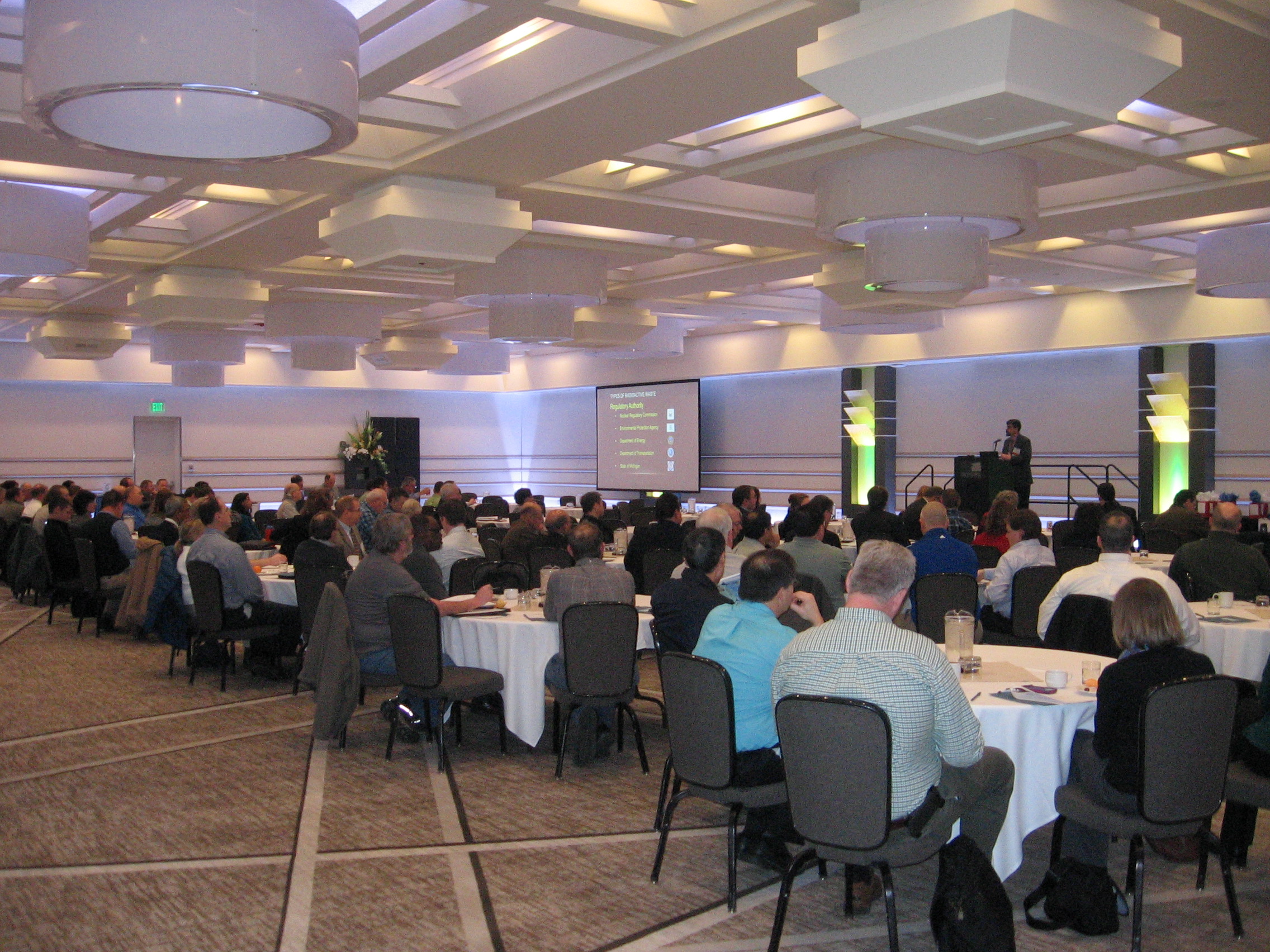 EAST LANSING — It’s among the most basic of questions for society — what do we do with the trash?

Turns out we can reuse some of it, dispose of it safely — even the stuff that’s mildly radioactive — and use it as an energy source as it decays.

Around 200 people gathered at Michigan State University’s Kellogg Center Thursday and Friday for the 25th annual Solid Waste Technical Conference, presented by The Engineering Society of Detroit and the Michigan Waste Industries Association.

Ken Yale, chief of the radiological protection section at the Michigan Department of Environmental Quality, opened Friday’s conference with a presentation on the current state and federal regulation of radioactive material, including the low-level nuclear waste. He said many natural materials are technically radioactive waste — bananas, he said, contain relatively large quantities of radioactive potassium-40 naturally — but that science and statistics show the risk of radiation to the average person is vanishingly low.

That waste is regulated by a variety of federal and state agencies and includes everything from the protective clothing of power plant workers to medical waste to the byproducts of oil and gas drilling.

Thanks to studies of veterans of nuclear tests and those who survived the bombings of Hiroshima and Nagasaki, Yale said, the relative risk of radiation is “understood very well, but by very few people.” He said the media generally doesn’t do a good job of communicating that actual risk. Statistically, he said, being a single male can take more than 1,500 days off your life — but on average, the risk of naturally occurring radiation is 8 days, medical X-rays take 6 days off the average life span, and risk from the nuclear industry takes off all of 0.02 days.

A recent controversy over the disposal of oil drilling waste in Michigan prompted the state to revisit its standards for so-called TENORM waste — technologically enhanced, naturally radioactive materials. That review, he said, was conducted by a group with representatives from the waste industry, academia, environmental groups, the oil industry, health care and regulators. They found “no significant changes in the science,” with “very low risk” of impact to the environment, workers or the public.

GIS technology is essentially smart, computerized mapping that overlays a great deal of data on maps, providing a detailed, three-dimensional look at the geography of a landfill — “A place to put everything in one spot — you go to a map, click around, and find that information a lot more quickly.” Those three-dimensional maps also give managers clues where to place wells to monitor landfill water and gas flows, and where to drill to draw off landfill gas to burn for energy generation.

In a luncheon keynote, Jim Baird, partner and chief investment officer at the accounting and business advisory firm Plante & Moran PLLC, presented an upbeat assessment of the national and state economy.

Baird said the economy is creating jobs robustly — 3.3 million in the past 12 months, the strongest since 1998. Even wage growth is finally beginning to move upward, and real disposable income is headed upward at a 3.7 percent rate as well.

Some of those bumps? Consumer confidence fell in February after reaching a post-2007 high in January, and retail sales have disappointed, as consumers are saving a bundle at the gas pump but so far aren’t spending that money at other retailers. And other economies around the world are suddenly in much rougher shape than in the United States.

On the bright side, U.S. inflation remains a non-issue (although Baird said a tightening job market might force it upward) and auto sales and production have rebounded considerably. Industrial, hotel and office construction are all headed upward sharply.

Overall, Baird said he didn’t see the kind of excesses and bubbles in the economy that generally presage a recession.