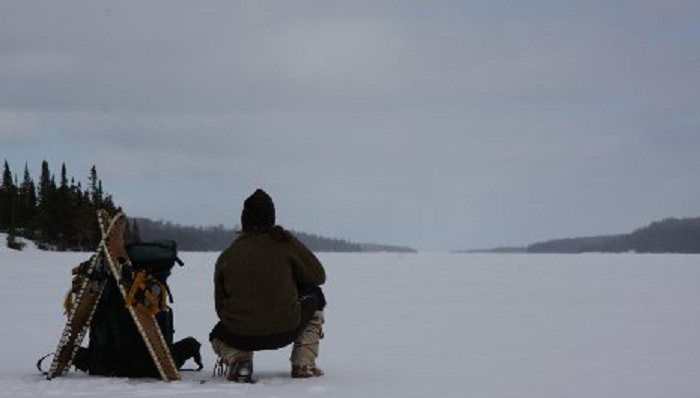 HOUGHTON — The value of nature in conservation may seem simple, straightforward and fundamental. Yet a persistent question arises: Should we conserve nature only for humans or also for its own sake as well?

Examining nature’s intrinsic value usually wallows as a dusty philosophical quest. And some argue valuing nature for its own sake is not only irrelevant, but even harmful to conservation practice. These critics point to issues like invasive species, habitat loss or climate change adaptation and the trade-offs made in navigating conservation decisions.

“If you think that only humans matter, then you’ll go about making that decision a certain way,” says John Vucetich, an associate professor at Michigan Technological University’s School of Forest Resources and Environmental Science. “If you think that nature also matters for its own sake, then you’ll approach those decisions very differently.”

Vucetich and his co-authors examine that approach to the question of value in a paper published in Conservation Biology last week. http://onlinelibrary.wiley.com/doi/10.1111/cobi.12464/abstract With co-authors Jeremy Bruskotter of Ohio State University and Michael P. Nelson of Oregon State University, Vucetich explores the logical arguments for valuing nature for its own sake. The team concludes that the intrinsic value of nature endures is a keystone of conservation.

As a review paper, it “changes the conversation by calling for rigorous thought and evidence in the discussion of intrinsic versus instrumental value,” Nelson said. To make a case for nature’s intrinsic value, Nelson, Vucetich and Bruskotter start with humans’ own intrinsic value.

“This has mostly been the work of philosophers, to ask what is the trait that gives us (humans) intrinsic value and then see what else in nature also has that trait,” said Vucetich, the paper’s lead author.

In the paper, he cites humans’ ability to do well and feel well — to flourish — and their ability to feel pain — to languish. Mammals and birds can also flourish or languish, granting them the same intrinsic value. Fish, though quite physically different from people, can also feel pain; a trait just recently recognized in research.

And then what about snails or scorpions or ants?

“We think they can’t experience pain in the same way that humans do because their neurological systems are tremendously different,” Vucetich says.

While many humans still value some of these creatures, some do so only for their “instrumental value” or usefulness. As seen in the widespread concern over honeybee die-offs, humans have a vested interest in conserving the insects for people’s sake.

Usefulness leads some skeptics of nature’s intrinsic value to question “‘what good is it?” The authors point to some unlikely candidates for usefulness, such as “the giant burying beetle, the devil’s hole pupfish, the Dusky seaside sparrow, or any object in nature whose instrumental value is not appreciated.” The authors then ask such critics to consider: “What good are you?”

In the case of honeybees, humans could just consider the massive decline’s effect on almond production and other agricultural enterprises. But such a narrow view may put up blinders that overshadow the underlying causes of widespread die-off. As for their intrinsic value, “It’s not necessarily that insects have the capacity to experience pain, but there is the notion that insects have interest, and their interest is to live and to reproduce,” Vucetich said. And that applies to all living organisms.

Conservation rarely focuses on individuals, however, but expands into bigger collectives like populations, species and ecosystems.

“If only organisms have intrinsic value and not collectives, then we would follow an animal welfare ethic, not a conservation ethic based on nature’s intrinsic value,” Vucetich said.

Looking at collectives and nature’s unwieldy big picture leads some conservationists and critics to question whether valuing nature for its own sake loses focus on human welfare. But Vucetich counters that “humans are more than capable of caring for more than one thing at a time; we can care for humans and for nature both.”

Acknowledging care and respect for both is only one step. Acting on that acknowledgement — and knowing how and when — is more difficult. These human and non-human interests “will at some point in time conflict with one another,” Vucetich says. “We have to figure out how to sort out those conflicts — and we can take cues from social justice.”

Specifically, Vucetich and his co-authors write, “one such principle is judicious balance among three virtues: fairness, need and equality.” Addressing nature’s intrinsic value through these principles is actually a familiar human process, they suggest.

“We have lots of concepts and ideas to help us figure out how to adjudicate competing claims between humans,” Vucetich said. “Those principles are going to apply in an important way to non-humans as well.”

(Photo above John Vucetich, associate professor at Michigan Technological University’s School of Forest Resources and Environmental Science, during a winter visit to Isle Royale National Park in Lake Superior, where he studies the ecological balance between wolf and moose on the island.)

One thought on “Conserving Nature — For Its Own Sake Or Ours?”