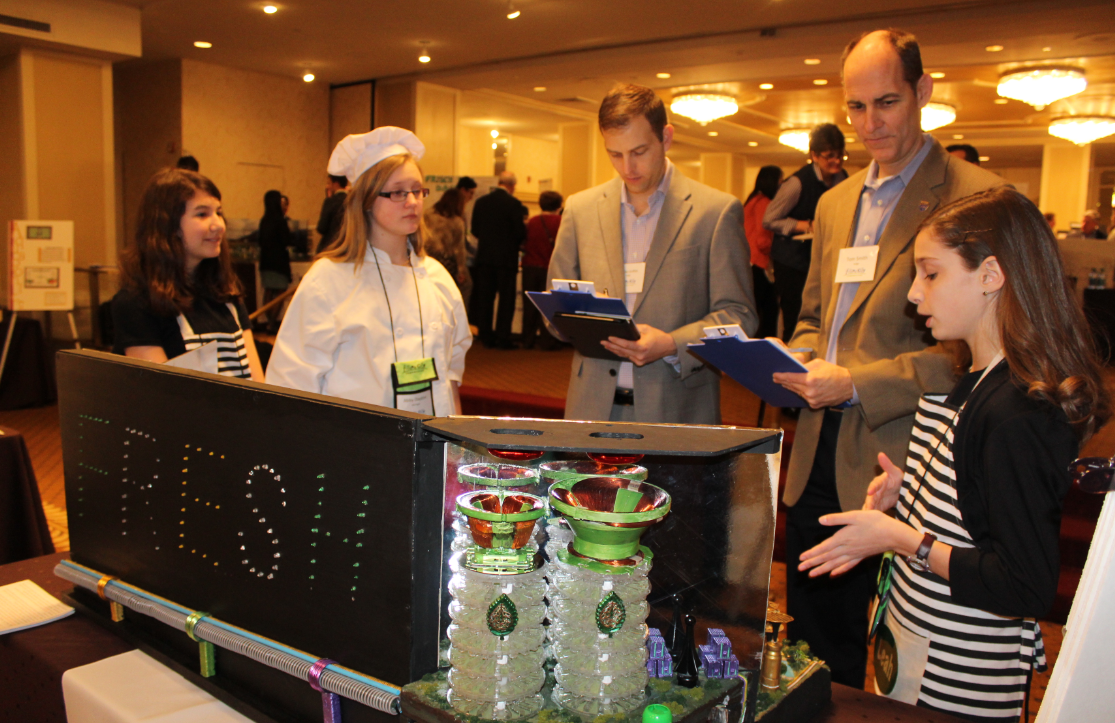 St. John has won the Michigan Regional Future City Competition, organized by The Engineering Society of Detroit, the past five years in a row.

“The most memorable part of our Future City experience was how we bonded with each other,” said Dayton, 13. “There were stressful days but we stayed bonded and held each other up.”

Teammate Schroeder, also 13, added: “We learned that if you do what you do to the best of your ability, you’re a winner inside.”

St. John won the ESD Michigan Regional Jan. 26, besting 21 other teams in a daylong event held at the Suburban Collection Showplace in Novi.

Future City gives sixth, seventh and eighth graders the opportunity to engage in Science, Technology, Engineering and Mathematics (STEM) activities – and then apply those activities to real-world problems. Students create and build a city set 150 years in the future that’s organized around a central theme. The theme changes every year to keep the competition fresh.

This year’s theme is “Feeding Future Cities,” an urban agriculture challenge, in which students were asked to pick one vegetable and one protein product and grow enough of them within the city limits to feed their city’s population.

Since last fall, 40,000 middle school students from 1,350 schools nationwide have been engaged in the 2014-15 Future City Competition. Teams from 37 middle schools and organizations, each a winner of intense regional competitions held throughout January, participated in the Future City National Finals, which took place at the Capital Hilton.

Sponsored by DiscoverE, the organization representing the nation’s professional engineering community, Future City is one of the nation’s largest engineering education programs and among the most popular. It aims to stir interest in STEM among young people.

St. John Lutheran School takes home the grand prize of a trip to U.S. Space Camp and $7,500 for its school STEM programs. The funding is provided by National Finals sponsor Bentley Systems.

The Engineering Society of Detroit organizes the Michigan regional competition, recruiting engineers and scientists from more than 30 employers to serve as team mentors and competition judges.

In Michigan, the Future City presenting sponsor is the DTE Energy Foundation. Major sponsors are the Ford Motor Company Fund and the Detroit Public Schools Foundation.

Taking second place at nationals was West Ridge Middle School of Austin, Texas. Third place weht to the Academy for Science and Foreign Language of Huntsville, Ala. Honorable mentions went to the Heart of Science Cooperative from Rockwall, Texas and Queen of Angels Regional Catholic School of Philadelphia, Pa.

Founded in 1895, ESD is a multi-disciplinary society uniting engineering, scientific and allied technical professions to enhance professional development, as well as conduct programs to foster excitement about science and math among youth to produce our next generation of technological leaders. For more information, visit www.esd.org.