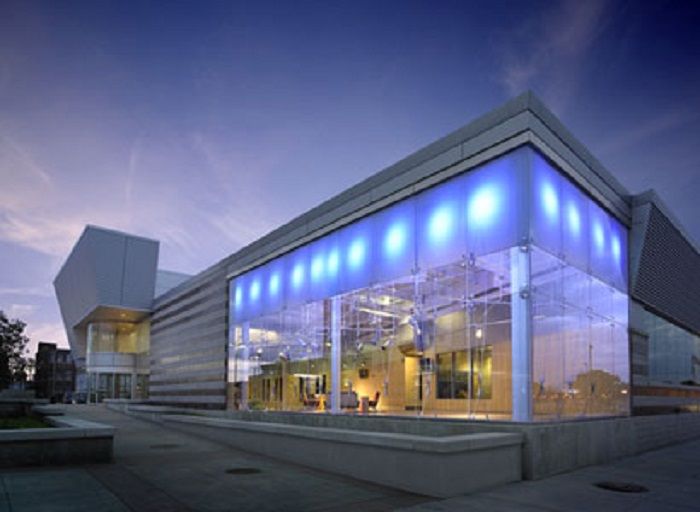 On Thursday, NextEnergy, the state’s advanced energy technology
accelerator, offered details on a competition designed to help keep it there.

The “NextChallenge: Lighting” competition aims to identify advanced lighting technology advances. Winners of the competition will be awarded up to $80,000 in cash and in-kind support to further develop and demonstrate their technologies.

The effort is being supported by Ford Motor Co. and RecoveryPark, a nonprofit dedicated to bringing commercial-scale, year-around indoor farming to Detroit.

Ford, like most automakers, is making increased use of LEDs for both exterior and interior lighting. Vehicle interior lighting — even in economy models — can be custom configured in many colors. On the Mustang, a stylized projection of a galloping horse is projected onto the ground beside the vehicle when the doors are opened.

In the competition, Ford is looking for “featherweight” lighting, improvements in manufacturing, novel interior lighting ideas, lighting in vehicle  structural components, and advances in recyclable and biodegradable lighting.

RecoveryPark president Gary Wozniak said his nonprofit aims to use about 110 acres around the historic Chene Ferry Market to provide jobs and career and life development services to Detroiters. RecoveryPark seeks lighting advances for the indoor hydroponic growing of vegetables — artificially creating the lighting conditions of Michigan’s peak growing season of July and August.

He said most attempts to do this have been unsuccessful — because, he said, most lighting engineers “never spend time in a greenhouse or with farmers.”

Entries will be judged on the validity of the innovation involved, the quality of partnerships, the qualifications of applicants, the competitive advantage the innovation offers and the innovation’s scalability. Michigan-based intellectual property and investment will also be a factor.

Radomski said applicants will have the option of requiring a non-disclosure agreement on sensitive information in a proposal.

Radomski said the challenge isn’t a business plan or pitch competition. “It’s designed to work very closely with major industry players, in this case Ford and RecoveryPark, to identify their needs and solve their problems,” he said. It’s open to individuals and companies that can offer new concepts to the sponsors, he added.

The deadline for proposals for the NextChallenge is Friday, March 6 at 11:59 p.m. Eastern time. To apply, visit http://nextenergy.org/nextchallenge.

“NextChallenge was developed as a way to source ideas, concepts and intellectual properties that will drive technology innovation and economic development,” said Jean Redfield, president and CEO of NextEnergy. “We are confident that the challenge will encourage the development of advanced lighting solutions and that advanced lighting manufacturers will rise to the challenge with innovative solutions that will spur economic and industry growth.”

Attendees at NextEnergy Thursday learned that Michigan’s manufacturing heritage has solidified the state’s standing in the solid state lighting industry.

“Michigan is poised to become the national manufacturing center for solid state lighting,” said Justin Palm, president of Madison Heights-based Lumerica, a solid state lighting manufacturer. “There are only two other regions — the Carolinas and California — that we are competing with. We have a better supply chain and better engineering, we are leading, but we still have a lot of work to do.”

There is strong interest in the industry in the state. Last November’s Michigan Advanced Lighting Conference drew 219 attendees from 146 companies to Lansing, along with 31 exhibitors, despite an early-season snowstorm.

And there is strong incentive to adopt more energy-efficient lighting. In 2012,  the Environmental Protection Agency announced plans to regulate carbon dioxide emissions like any other pollutant — with a goal of cutting carbon emissions 30 percent from 2005 levels by 2030. The EPA is leaving it up to each state how to meet that goal, but energy efficiency will be obviously have to be a crucial component.

Radomski also reported on a Department of Energy solid state lighting research and development workshop in San Francisco Jan. 27-29. He said DoE has so far funded about 200 solid state lighting R&D projects for a total of about $49 million, with more than 200 patents as a result.